The Absurd Recycling Project by the Freitag Brothers

I am watching a film of two sets of Swiss brothers, equipped with walkie-talkies, using a catapult to launch a bag of compost from an apartment building window.

A stranger they approached has allowed them into her apartment so they can conduct a test of their new invention. The compost catapult is made from a truck tarp. The truck tarp was made of a patchwork of previously used Freitag bags, which were originally made from previously used truck tarps. With a sense of humor, but also with a serious message, this film is part of a new exhibition at Lausanne's Musée de design et d'arts appliqués contemporains (mudac): Freitag ad absurdum. The brothers in the film are not boy scouts, but rather well-known and accomplished entrepreneurs and artists. They hope to inspire others to rethink their behaviors when it comes to recycling, reusing and reducing.

When mudac gave the Freitag brothers, Markus and Daniel, a carte blanche to plan an exhibition, the brothers reached out to another pair of brothers for support: Frank and Patrik Riklin, conceptual artists from St. Gallen that founded Atelier für Sonderaufgaben (Studio for Special Works).

On the eve of the exhibition's opening, I talked with the two eldest brothers — Markus Freitag (about 14 months older than Daniel) and Frank Riklin (about 9 minutes older than Patrik) — about their unique collaboration. If you are not familiar with Freitag (which means Friday in German), it is an iconic Swiss brand that makes fashionable yet functional bags carried by people of all ages. Freitag is especially known for their original messenger bags, constructed from used truck tarps, seat belts and the inner tubes of bicycle tires.

The company started 20 years ago, and according to Markus Freitag, it has been a running joke to try and remake their bags into a truck tarp, as they once had been. For this exhibition, the Freitag brothers made this longtime joke a reality.

Starting in early summer 2015, the Freitags and Riklins approached people on the streets of Zürich and Lausanne to collect used Freitag bags for the exhibition. They also put a call out to the Freitag stores in Berlin, Hamburg and Tokyo. Somehow, these bearded pairs of brothers convinced strangers to donate about 100 bags without offering them any form of compensation. Sometimes the owners emptied their bag on the spot and watched them be cut up for the project. (The brothers are actually quite charming, so maybe it's not so surprising!)

After the brothers finished collecting all the bags, the project can be roughly divided into three additional phases.

Phase I: Made a truck tarp and other objects, like the compost catapult, from the used Freitag bags.

Phase II: Took a 24-hour journey from St. Gallen to Lausanne with the tarp mounted on a truck. During the journey, the brothers made five spontaneous stops and talked with people about topics such as reducing waste and sharing typically personal possessions with others.

The re-recycled tarp mounted on the truck in the canton of Appenzell: Phase III: Currently displaying objects made from used Freitag bags at mudac's Freitag ad absurdum exhibition, which includes five new bags with different themes and contents (one bag contains a 24-hour train pass for all of Switzerland). Museum visitors can borrow these bags for a period of up to three days.

Borrowers can document their adventures in a journal provided inside each bag and via an Instagram account for the exhibition. The brothers also developed a nine-point manifesto, described to me as a work in progress that you will find stenciled on the walls of the exhibition space.

Here are some "re-re-recycled bags" made from previously used Freitag bags that are available to borrow: What the future holds for Freitag

As for the future of the Freitag company, Markus Freitag said this exhibition will influence their work as he would like to engage new owners of Freitag bags.

He tells me: "So far, you buy a bag, and you have an idea that it's more than a bag, and now I think we can give our customers a little bit more information. Yes, it's maybe a symbol for an attitude, and for sure it works as a bag, but maybe the stronger part is to have a Freitag bag which stands for this mindset and not for, okay, I need something with two handles to put stuff in."

Overall, the brothers hope the exhibition will cause people to think about their everyday behaviors in new ways and possibly make changes to improve their use of limited resources. While the brothers say they are not proselytizing ("We're not priests," says Frank Riklin), they do hope to inspire others. 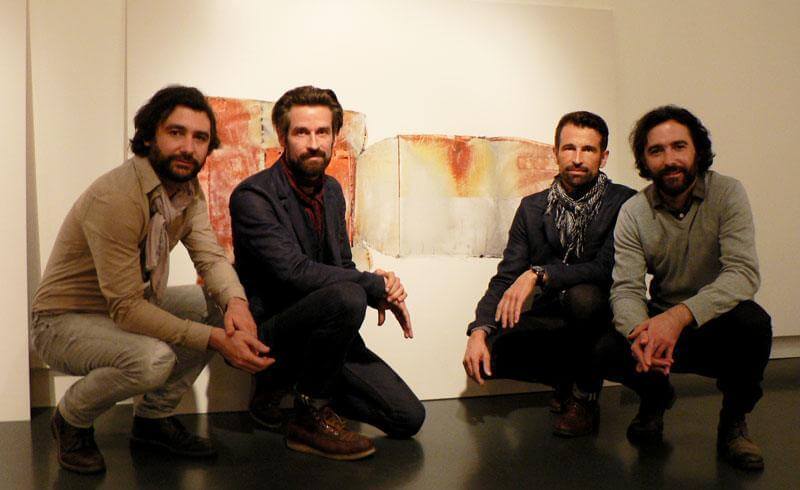 They use humor to express themselves and their manifesto, a strategy to help make it more approachable and tangible. Instead of telling people what they should or shouldn't do, they want to start a conversation.

If you are interested in joining this conversation, follow it online or take part in a guided visit, family workshop or design excursion. This weekend, graphic designers from all corners of Switzerland (and the world) converged onto the Maag event space in Zürich for Grafik 13. A couple hours of time was barely enough... 15 seconds: That’s how long it takes for this pile of garbage to enter the world’s oceans. This is truly incredible, given that this process is going on 24/7/365... Lausanne feels special, even a bit whimsical, like something from a better time. Our tour guide points out some truly quirky sides to this hilly city.

Manage Cookie Consent
To provide the best experience, we use technologies like cookies to store and/or access device information. Consenting to these technologies will allow us to process data such as browsing behavior or unique IDs on this site. Not consenting or withdrawing consent may adversely affect certain features and functions.
Manage options Manage services Manage vendors Read more about these purposes
View Preferences
{title} {title} {title}
122 Shares
Share108
Tweet
Share14
Pin
WhatsApp