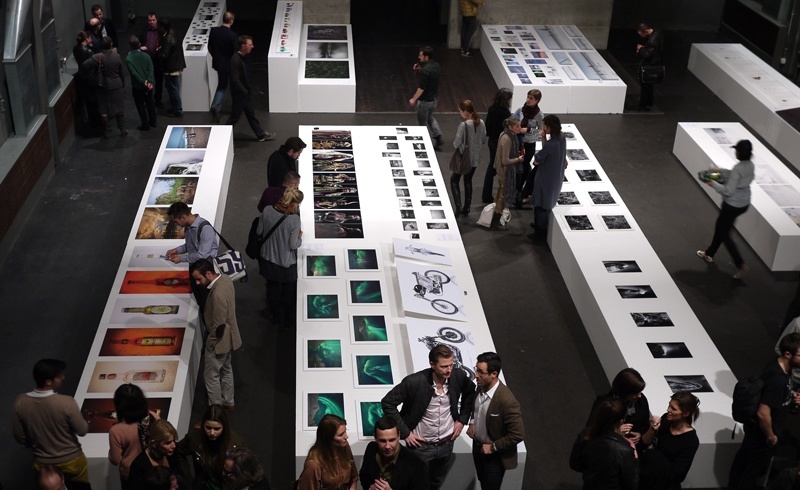 photo14 is the largest and most popular exhibit of Swiss photography. In the formerly industrial halls of Maag, some 125 Swiss photographers are showcasing their portfolios from 2013.

Highlights of photo14 include a series of new key visuals for Zurich Tourism: In an attempt to capture Zurich's residents in the framework of their city, three Swiss photographers have created a total of 29 new identities. Before the global launch in their marketing campaigns, Zurich Tourism is displaying these photographs at photo14. The photographers are Fabian Scheffold, Noë Flum and Fabian Frinzel. 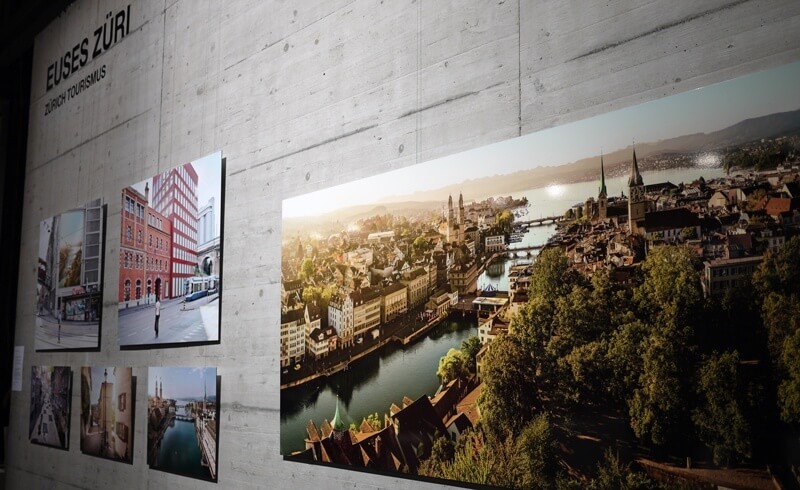 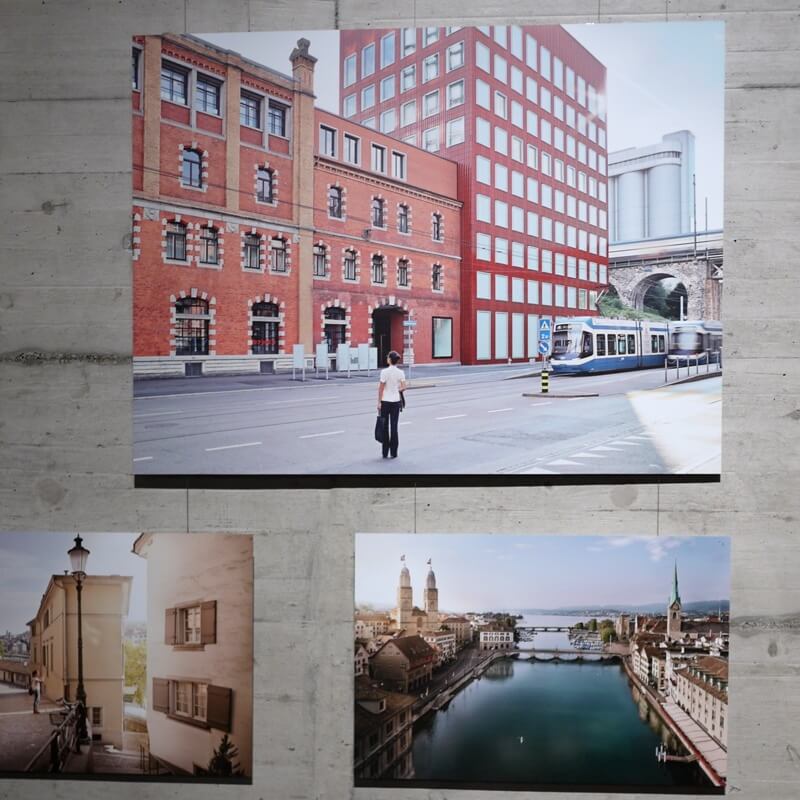 "you promised me the matterhorn" by Martin Mischkulnig Nik Wallimann is the artist behind The Big Picture, a global multimedia collaboration focusing on one subject: Mt. Stanserhorn. In more than 600'000 individual photographs, this magnificent Swiss mountain was portrayed during all seasons. As a next step, bundles of several thousand photographs were given to artists around the world. As their animated interpretations of these photographs are pouring in, Mr. Wallimann is getting ready for the final step: A single multimedia production created by everyone. 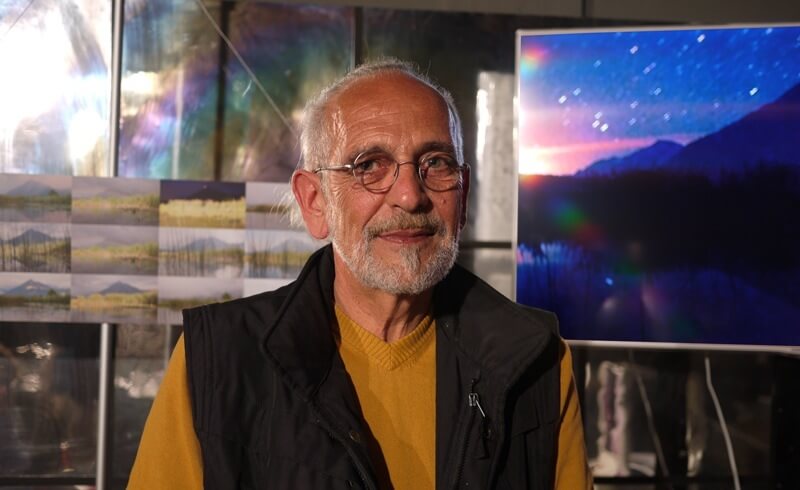 Another highlight is entitled "Schweizer Momente" ("Swiss Moments"). Projected onto 24 gigantic screens, one moment in Switzerland's history was captured thousands of times over: Friday, September 13, 2013.

On this day, people in Switzerland were asked to snap a picture and submit it to the project. No less than 24'404 photographs were received, which were now made into an art installation. 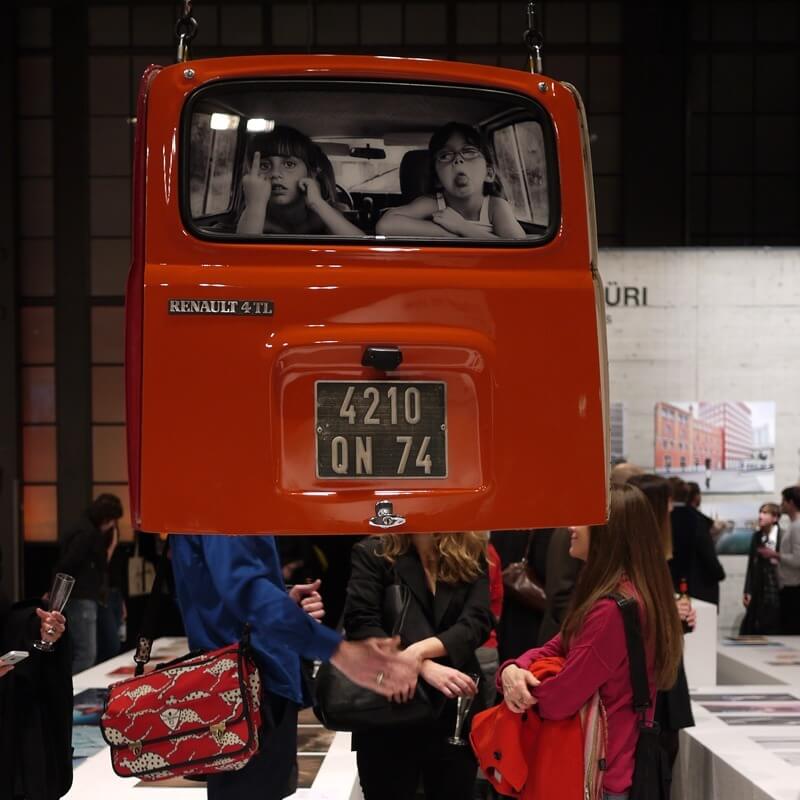 For anyone wanting an in-depth look at photography, the photoFORUM talks are a treasure trove. For instance, world renowned photographer Peter Lindbergh is attributed to having re-shaped female beauty ideals through his photography. As a panelist, Lindbergh is going to talk about his life and his work with supermodels and movie stars. A lot of Swiss designers have had great careers and were internationally recognized, but only few had a real impact on other designers...

The Rock Piler of Zürich

I used to be a naysayer until I finally met the man behind the rocks. Wow, the previous sentence makes no sense without some further explanation, so read on... If you have ever walked along the Lake of Zürich on... 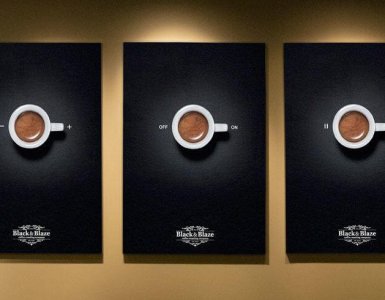 The Black&Blaze Coffee Roasting Company was founded by a Zürich based photographer with a passion: Claude Stahel. This Swiss coffee brand...

Manage Cookie Consent
To provide the best experience, we use technologies like cookies to store and/or access device information. Consenting to these technologies will allow us to process data such as browsing behavior or unique IDs on this site. Not consenting or withdrawing consent may adversely affect certain features and functions.
Manage options Manage services Manage vendors Read more about these purposes
View Preferences
{title} {title} {title}
63 Shares
Share44
Tweet13
Share4
Pin2
WhatsApp