A few weeks ago, I had another chance to visit the Google headquarters in Zürich. Right there in the lobby, I spotted the Google Street View snowmobile!

Launched for the 2010 Winter Olympics, this ingenious extension of the Street View concept is supposed to map the world's ski slopes. This time around, Google has chosen Switzerland as their new frontier. A smart choice, because after all, this tiny country knows a little something about skiing with its 7300 km of slopes!

But where to start out?

Along with Switzerland Tourism, Google has just launched a contest to determine which one of 30 Swiss ski resorts to "Street View" first: The winner and a friend will each get three day passes for the winning resort, including accommodation!

Enter the contest here (through Feb. 14) and send us a picture if you ever spot the Google snowmobile!

As of November 2010, there are 2.4 million active Facebook users in Switzerland. This number sounds small compared to the 500 million users worldwide, but it is quite significant in terms of the size of Switzerland... 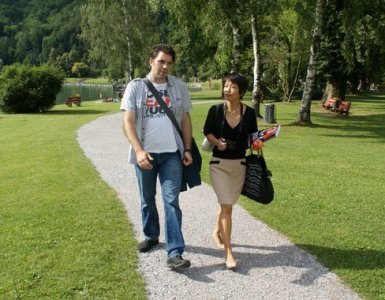 Newly Swissed got 30 minutes with Fabian Egli, the talented Swiss baritone playing the famed national hero. We visited him in Walenstadt, a small village...