There are many reasons why Bad Ragaz is a legit getaway destination.

From the triennial art exhibit, Bad Ragartz, to the casino, the hiking, the wine tastings, and the original Heididorf in Maienfeld, lots of experiences await. But with autumn coming to an end, this getaway to Bad Ragaz is for finding inner peace before those Christmas decorations go up…

And the conduit to finding that balance will be coming straight from nature herself. In one way or another, we will be interacting with water throughout the weekend - an essential element here in Bad Ragaz.

Our home is the Grand Hôtel Quellenhof & Spa Suites, a majestic five-star hotel that has been around for 150 years. We are welcomed by swift concierges who lift all the weight off our shoulders. Now without luggage, my eyes are drawn to the center of the lobby.

There, a chandelier made up of 2500 blue and white glass bubbles hangs some four stories high. As I take a few steps up the historic staircase to gain a different perspective on all those bubbles, I feel like standing beside a giant waterfall. What a fitting predicament for a hotel boasting two spas!

The hotel's color scheme is blue, white and gold.

The latter is a remnant of the original interior design. And in a resort with its own casino, gold is an adequate accent. In the following scene, we found ourselves inside a glitzy golden elevator on the way to the spa:

The suites at the Grand Hotel Quellenhof have recently been rejuvenated in a colossal effort.

In only five months, everything from air-conditioning to furniture has been redone. Having stayed at many a five-star hotel, I can tell that there is quality in every detail.

The hardwood floors made of Swiss walnut are an eye-catcher. The LCD televisions will play back content from smartphones, and the bed’s headboard protects sleeping guests from electrical radiation. There is a pillow menu for sound sleep, and the shower even has a sparkling golden floor!

About the historical significance of the Tamina Gorge

But one of the main reasons for checking yourself into the Grand Hotel Quellenhof Bad Ragaz should be the rejuvenating effects of the Tamina water. All guests have access to the thermal waters from the natural hot springs. And given its healing powers, swimming or soaking in the pools is time well invested.

The Tamina Gorge was discovered by hunters around 1240. At the time, the 36.5-degree Celsius waters were thought to be "hellish", and it took a century before the first bathhouses were constructed back in the gorge.

A few more centuries passed until the locale started accepting the myriad of health benefits. Initially, the ill were lowered into the gorge on ropes and left there for seven days and nights.

In 1630, the water was led from the source to the entrance of the gorge where a bathhouse was constructed. And in 1840, the water was finally channeled and transported some four kilometers to Bad Ragaz.

Still today, the water temperature has remained at a constant 36.5 degrees Celsius. But the jury is out on where the waters originate. Some scientists believe that the water is from the Tödi massif where it sinks about 1000 meters into the rock face, then reappears a decade later in the Tamina gorge.

The main privilege of hotel guests at the Grand Hotel Quellenhof is the unparalleled access to two luxurious spas. The hotel's own spa is called Helenabad. It includes everything from steam saunas to swimming pools and treatment rooms.

The name of the spa is a nod to Helen of Troy, once thought to be the most beautiful woman in the world. Even the architecture of the swimming pool reminds me of a Greek atrium. Different massage jets, whirlpools, and showers are being activated every few minutes.

Given the steady flow of freshwater, the pools are regularly emptied and refilled. The result: just a minimal amount of chloride. No wonder I stayed in the pool until my fingers turned all wrinkly...

The path to the Sauna World is a micro-adventure in its own right. The architects have constructed a miniature Tamina gorge with water gushing all over the place. I followed the path to the end and stepped underneath the waterfall - what an experience.

Here's a sneak peek of the circular Sauna World area with the central pool:

The Tamina Flow massage treatment is the perfect way to complement all those sights and sounds. The spa’s signature massage is also a tribute to the healing waters that are the livelihood of the hotel in the first place.

With much passion for her trade, my massage therapist goes through a series of flowing motions that remind me of ocean waves. After 75 minutes, I am deeply relaxed as I try to pinpoint the style of massage I was given. My masseuse explains: "The Tamina Flow massage is rooted in nature, combining the strengths of each therapist from sports massage to Thai massage."

The second spa is also connected to the Quellenhof and admission is included in the room rate. We would simply put on our bathrobes in the suite, take the elevator and shuffle our way across the marble floors to the Tamina Therme.

Whereas the Helenabad has a warm and inviting atmosphere, the architecture of the Tamina Therme is utterly modern. Or futuristic, because the tall structure has oval window openings that remind of H.R. Giger's Alien. Except that the wood is painted entirely in snow white.

With its multiple pools and saunas, the Tamina Therme is a destination spa for good reason. Frankly, the otherworldly architecture does not exactly jive with me. I decide to try the outdoor pool with its giant slab of granite in the center, and I am at peace.

The water theme extends to the Quellenhof's restaurants as well. At the beginning of each meal, whether breakfast or dinner, we are served a glass of tasty Tamina water.

The young Culinary Director, Sven Wassmer, is responsible for the healthy and refreshing dishes in two of the hotel's restaurants. At verve by sven, which is the lobby bar and restaurant, Wassmer serves common products interpreted in new ways.

His salad bowl includes honest carrots and radishes with their leaves still attached. And they commonly serve second or third cuts of beef. My favorite dish at verve by sven is on the breakfast menu: a nutritious banana pancake with added hemp protein.

At Restaurant Memories with its show kitchen, Chef Wassmer offers contemporary alpine cuisine. In each dish, the highest quality product is placed center stage - be it local char or the famous Reichenau asparagus. The foodies among you might want to read our article about the autumn menu at Memories.

In the cozy atmosphere of this fine-dining restaurant, we raise our cups to a memorable weekend. The beverage of choice? Tamina water - what else?!?

Bad Ragaz was first mentioned in registers more than 1100 years ago. Back then, it was the property of the nearby monastery of Pfäfers. In the centuries since the rich and famous have visited this resort town at the foot of the Pizol: from Russian czars to diplomats and Hollywood stars such as Justin Bieber and Samuel L. Jackson.

The five-star Grand Hôtel Quellenhof & Spa Suites is a member of Leading Hotels of the World and Swiss Deluxe Hotels. (For the purpose of this review, the Quellenhof has provided two nights for 2pax, including one dinner at Memories, as well as a spa treatment.)

So we went to the Appenzeller Ländlerfest 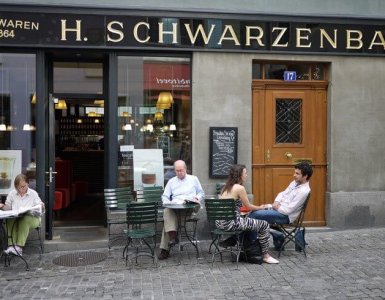 Our Favorite Shops and Eats in Zürich’s Old Town

Far from the shopping frenzy of Bahnhofstrasse, we found the cutest little gift shops, most delicious foods, and curious details in Zürich's Old Town... 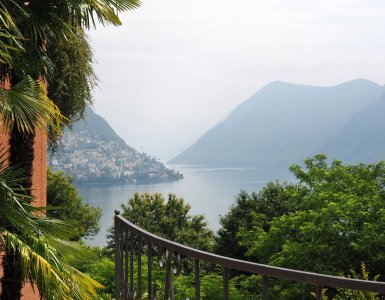 A classy weekend at Hotel Villa Principe Leopoldo in Lugano

High above Lake Lugano, there is a historic palace that was once the private home of a prince. Villa Principe Leopoldo is a 5-star luxury hotel...

Manage Cookie Consent
To provide the best experience, we use technologies like cookies to store and/or access device information. Consenting to these technologies will allow us to process data such as browsing behavior or unique IDs on this site. Not consenting or withdrawing consent may adversely affect certain features and functions.
Manage options Manage services Manage vendors Read more about these purposes
View Preferences
{title} {title} {title}
125 Shares
Share99
Tweet
Share
Pin26
WhatsApp