I recently had the wonderful opportunity to go on a drive to the southern part of Switzerland to the cantons of Ticino and Uri.

It would be a long trip, I was warned. And I was told to brace myself for a lot of changes in terrain which inevitably meant changes in the weather. Weather – the one word that crops up at least once a day if you live in Switzerland...

Being a lover of new sights and sounds, I readily agreed to the road trip to Tremola in Ticino. And what a trip it was meant to be!

Traveling Back in Time on the Tremola Road

There are a few ways to get to the other side of the massive Gotthard pass that connects the canton of Ticino and Uri. One way is by being lazy and taking the easy route through the 15 kilometer Gotthard road tunnel. It connects Göschenen in the North to Airolo in the South.

Another is by feeling wanderlust and choosing to get high on the fresh mountain air. Along the way, you will treat your eyes to the Shangri-la of Switzerland - on a pass called Tremola. 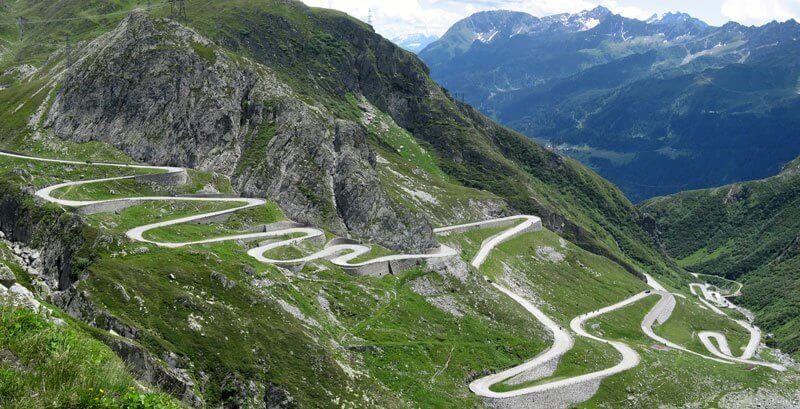 In the good old days, the Tremola was the only way to get past the great San Gottardo pass. This cobbled path was where perhaps thousands of people traveled with their mules and coaches, carrying goods from one end to another.

This serpentine road has 37 bends, with each bend having its own name! To add to its charm, most of the granite cobblestones that were laid in 1827 have been retained and restored till date. So, if you are not in a hurry and wish to take the proverbial step back in time, this is the place to be.

The Museum of Sasso San Gottardo – Delve into history, right on top!

The peak of the San Gottardo pass never ceases to surprise. Atop is the Sasso da Pigna – one of the many artillery strongholds of the Swiss army, opened in 2012 to public as the Museum Sasso San Gottardo. The ancient structure is a maze of tunnels and caverns hidden from the outside world and is another way to witness history firsthand. So, take a sneak-peak into the bygone eras of military life.

The museum is divided into topics such as water, weather, gold, energy and security, which give clever and interesting insights into each of the topics.

There are guided tours if military history is a subject you love. Reserve your date beforehand.

You can reach the museum by car, by train or by bus. If you are traveling by postal bus, there is no hurry: The connections allow for stays between two and six hours, so you get to spend plenty of time exploring the peak of San Gottardo!

So, isn't it time we went together back in time?

It is definitely not a day's picnic if you are planning to go to San Gottardo and drive down the Tremola road. I would highly recommend that you plan a stay over at Airolo, the nearest town, after you have traveled through time. Speaking of time: Due to the Alpine climate, the time of year for the crossing is limited. The mountain pass usually opens to cars around Pentecost.

And this being Switzerland, even the highest Alps can be crossed by public transportation: A yellow Postauto bus will take groups of ten on the Four Headwaters Trail between Andermatt and Airolo (timetable).

Or better, if you are a bike lover, head directly to Airolo and rent an e-bike at the train station. While I sat in the comfort of the car soaking in serenity, I did see many bikers sweat their way up the trail.

I have to admit, I did feel a little wicked... But a bit of comfort never did hurt now, did it? A bike trip may be for another time... According to legend, two dragons live (peacefully) on Mount Pilatus in central Switzerland. We recently spent a night at this magnificent mountain top to... Campo Cortoi is a small alpine village located in the Verzasca valley. Here is what it's like to volunteer in Switzerland by donating one's time... 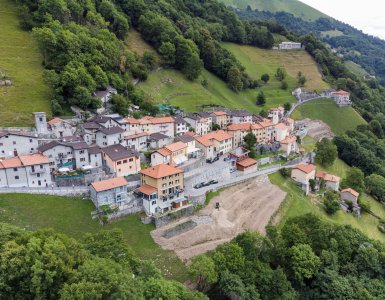 What to see, where to eat and drink, and places to stay: Welcome to Ticino's friendliest place. Our Muggio Valley Guide covers it all...

Manage Cookie Consent
To provide the best experience, we use technologies like cookies to store and/or access device information. Consenting to these technologies will allow us to process data such as browsing behavior or unique IDs on this site. Not consenting or withdrawing consent may adversely affect certain features and functions.
Manage options Manage services Manage vendors Read more about these purposes
View Preferences
{title} {title} {title}
55 Shares
Share41
Tweet10
Share
Pin4
WhatsApp