Many public transportation employees are barely visible to the public eye. Think of the tram operator as the tip of the iceberg. Underneath, there are countless engineers, maintenance people or project managers.

In order to create awareness for the many interesting (yet hidden) job opportunities, Zurich Public Transport (VBZ) has launched an ingenious campaign: Hidden VBZ Talents.

A series of photographs showing human chameleons went viral recently. How is it possible for Chinese artist Liu Bolin to disappear in front of our very eyes? Now, Zurich Public Transportation has adapted the clever idea of "The Invisible Man" for a new recruiting campaign.

The multichannel campaign was devised by renowmed creative agency Ruf Lanz. The below key visuals will be released in print, as billboard ads, on posters in public transportation and on social media. The landing page serves as a recruiting hub where the four ambassadors provide insights into their respective jobs at VBZ. 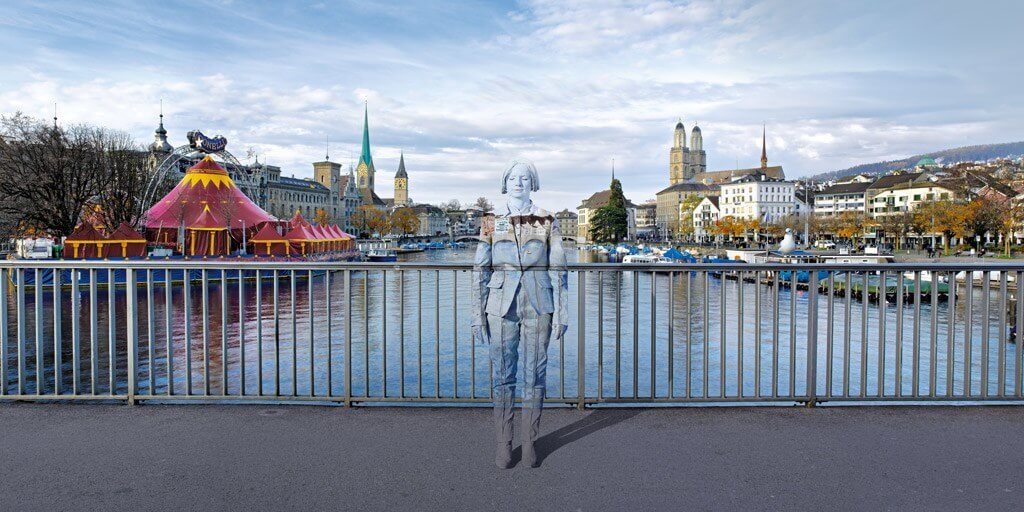 Watch the "Making of" Video Lewa Savanne is the latest puzzle piece in the masterplan of Zoo Zürich. The African savanna enclosure houses more than a dozen... Switzerland is not particularly known for its art, but one of the most recognizable art styles in Switzerland is called naïve art... Stunning architecture in the Surselva region

On my summer getaway to Grisons, I stopped in Flims, Vals and some smaller towns in the Rhine valley. My quest: to follow in the footsteps of some of the best architects and discover their marvels. My last stop on this...

Manage Cookie Consent
To provide the best experience, we use technologies like cookies to store and/or access device information. Consenting to these technologies will allow us to process data such as browsing behavior or unique IDs on this site. Not consenting or withdrawing consent may adversely affect certain features and functions.
Manage options Manage services Manage vendors Read more about these purposes
View Preferences
{title} {title} {title}
115 Shares
Share102
Tweet5
Share6
Pin2
WhatsApp