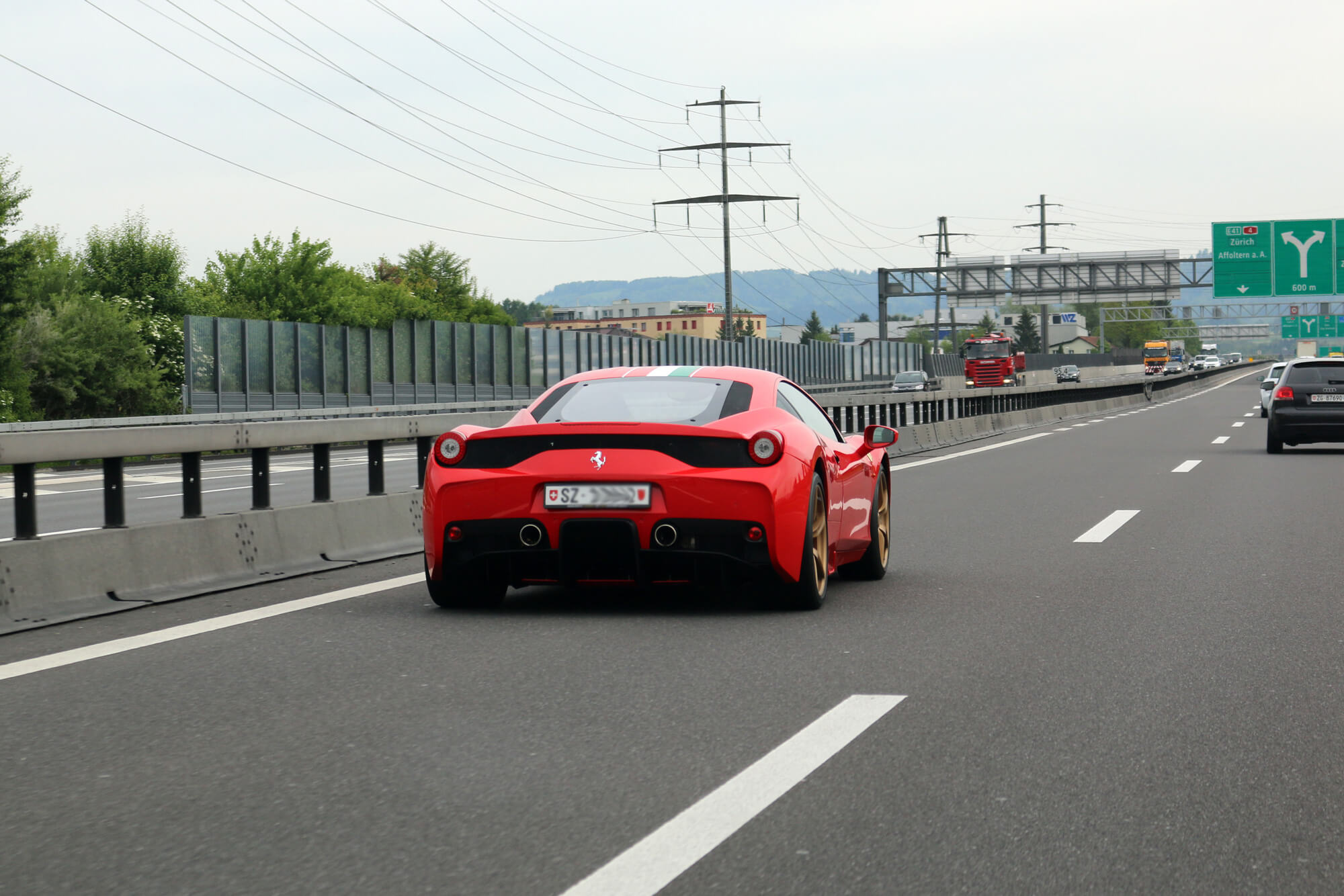 It has been two years since I moved from the US to Switzerland, and one of the biggest changes in this transition is that I don’t own a car and haven’t driven at all. A carefree life for two years! It is an unbelievable achievement for an Ohioan who used to commute, run errands, and travel by used-but-my-own Mazda.

Later, concerned by frequent accidents on my commuting freeway, the Mazda was traded in to a used Volkswagen Jetta, which stopped in the middle of the freeway because of a sudden overheat. The engine fan was completely melted down.

Then came a Honda Accord - the third used car. It had black leather seats (I can still smell them!) which heated my bottom in the freezing Midwest winters. Those good old American days... Occasional bicycling and running on bike paths was a luxury back then.

Now in Switzerland, the public transportation system is denser than a Halloween spider web and more punctual than German grammar. I can catch a train in any direction from the station within a five minute walk, switch to a Postauto, a bus line or hop on a cable car and voilà: I am on the top of Säntis, 8'208 ft/2'502 m above sea level!

Yee Haw! Any place is reachable, but some remote areas require a two hour bus trip which would be cut in half by using a car... More and more, I crave for the flexibility of a car. Meanwhile, I am afraid of driving on Swiss narrow winding road passing by cows, foxes, and those fancy vehicles with stars or horses or Poseidon forks. (How much would insurance cover if I scratched them, or worse, bump into them, just because I have a crush on their beauty?)

When I am on the passenger seat of my friend’s car, whenever an oncoming car appears in the middle of the path, my smile freezes, eyes are wide open in horror, and all fingers are cringing into the seat. Let me repeat, the road is too narrow. Even for two Smart cars!

Yet, I know it won’t be a Joy Ride once I get used to it. I must handle this road rage to fulfill my Newly Swissed life! Fortunately, my Swiss cousin has started searching for a good used car deal. Interestingly, some Swiss friends suggested buying a new car in Germany with the sinking Euro. This strategy, though, was prevented by Swiss monetary policy setting a limit on the lowest exchange rate against the Euro.

Still, car prices, including taxes, are much lower outside of Switzerland.

In the spree of car searching, my eyes get much wider on the streets and parking lots these days. Opels and Volkswagens are lovely and common outside of the snobbish Zurich downtown, where a black Jaguar among dozens of speeding silver Mercedes glacially stops for pedestrians. My Japanese genes, however, tend to spot Subaru's, Daihatsu's, and Mitsubishi's. 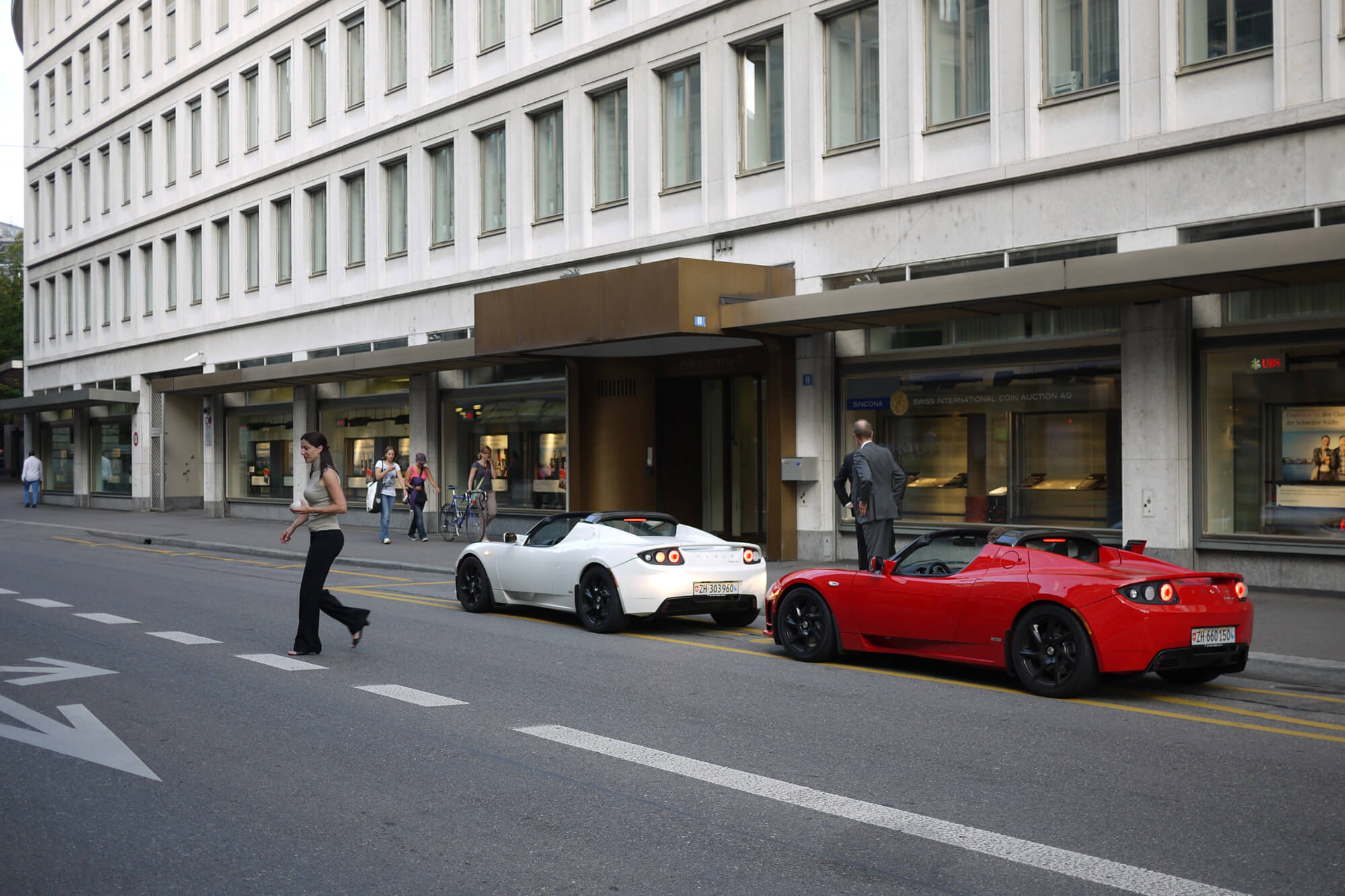 But I am noticing very few Toyota's and Honda's - the Japanese auto kings - which had successfully assimilated themselves in the US by building factories and creating jobs. They do have several factories in Europe, but definitively outside of Switzerland. Anyway, when you go up into the mountains, it seems like Subaru's and Daihatsu's were here first for Swiss farmers. They are small tractors with 4WD. Farmers rule Switzerland!

These days, I am happy to see that Honda is coming out with a nice new Civic which might just be perfect for those occasional getaways! Honda is really positioning itself like Apple, which has created new wants before needs for sleek, clean, and smart city riders. For once in my life, getting a C felt better than getting a B. I am talking about work permit in Switzerland, of course...