Our stylish getaway to Hotel Schweizerhof Bern & THE SPA 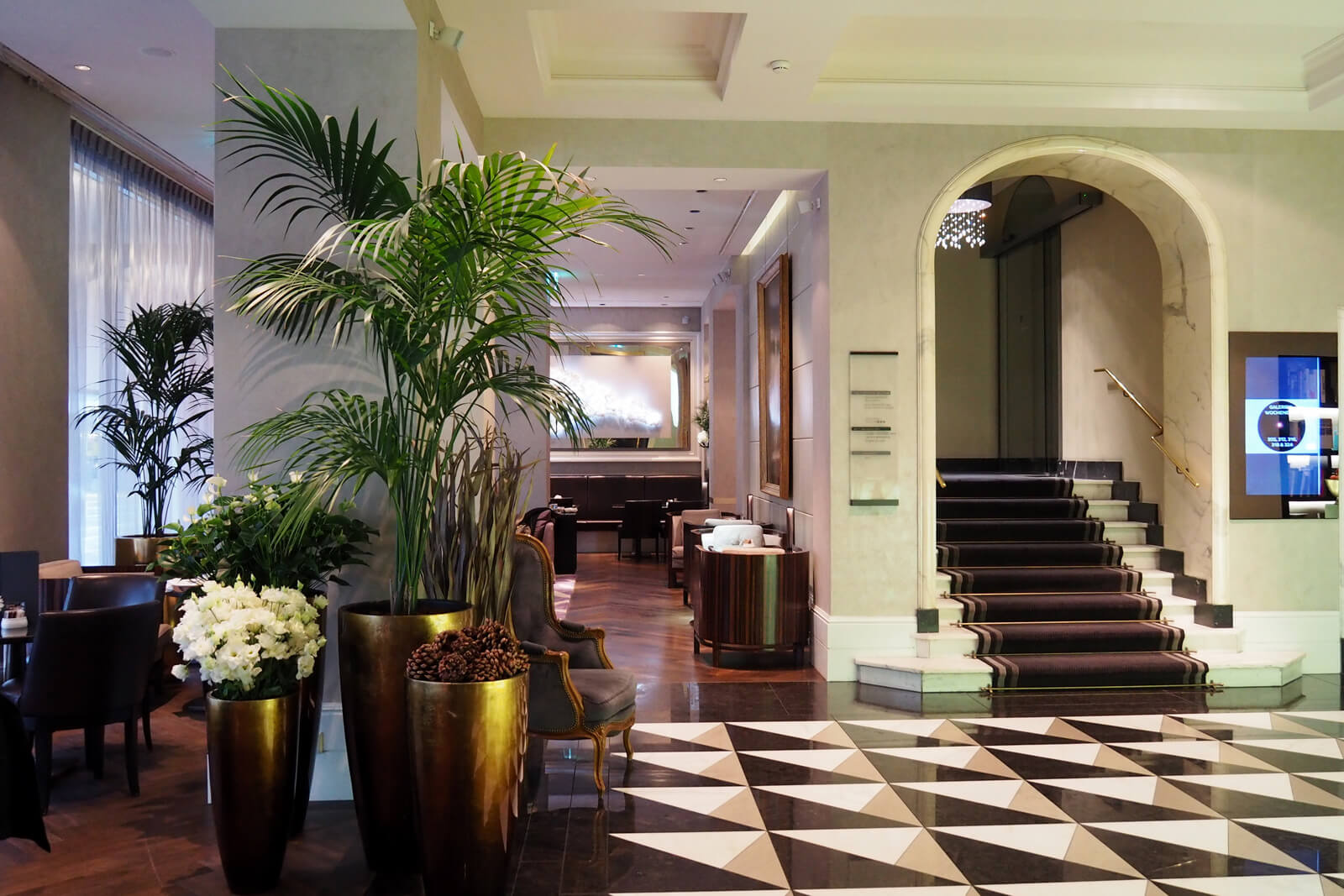 A blog post that starts with Donald Sutherland and Roger Federer? What do these celebrities have to do with the Hotel Schweizerhof Bern?

To explain, please follow us to the hotel’s own French restaurant, Jack's Brasserie. Adjacent to the historic lobby, this eatery has presumably been around for as long as the hotel itself. And it has attracted the hotel's long list of illustrious guests. Be it heads of state, actresses like Liz Taylor or Ursula Andress, personalities such as Albert Schweitzer or athletes such as Diego Maradona; they have all graced the hotel and restaurant with their presence.

Because evidently, not even the tough President Snow of The Hunger Games trilogy can resist Switzerland’s best Wienerschnitzel. (Imagine Donald Sutherland feasting on a Gault Millau awarded, super thin and crispy veal cutlet with a side of delicious potato salad.)

Some background on the Hotel Schweizerhof Bern & THE SPA

For the past 160 years, Hotel Schweizerhof Bern has been the top address in Switzerland’s capital. To put this legacy into perspective: the hotel was constructed even before the Bern train station which would become a hub for the railway line to Thun! This is no small feat despite Switzerland’s political stability.

The original hotel stood on a property belonging to the old Catholic church. And back in 1859, it carried a different name before being renamed as Schweizerhof as part of a merge with the hotel next door. Then in 1911, the hotel was demolished and rebuilt in its current shape. Given the architectural confines of the old town structure, I find it beautiful how snug this boutique hotel fits into the city scape. A few years ago, the Schweizerhof has been refurbished top to bottom once again. The designers have introduced contemporary touches to the hotel’s 99 rooms and suites. We are about to check in for our weekend city escape. In the lobby area, we notice the many details that give this hotel its grandeur.

Take the lobby lounge bar, a favorite among locals and guests. On this Saturday evening, it is refreshingly bustling with people from all walks of life.

Adjacent to the main hall with its black and white checkered floor, there are built-in shelves stacked with interesting books for the guests to browse. I am rather intrigued by this nice collection of books related to Bern. 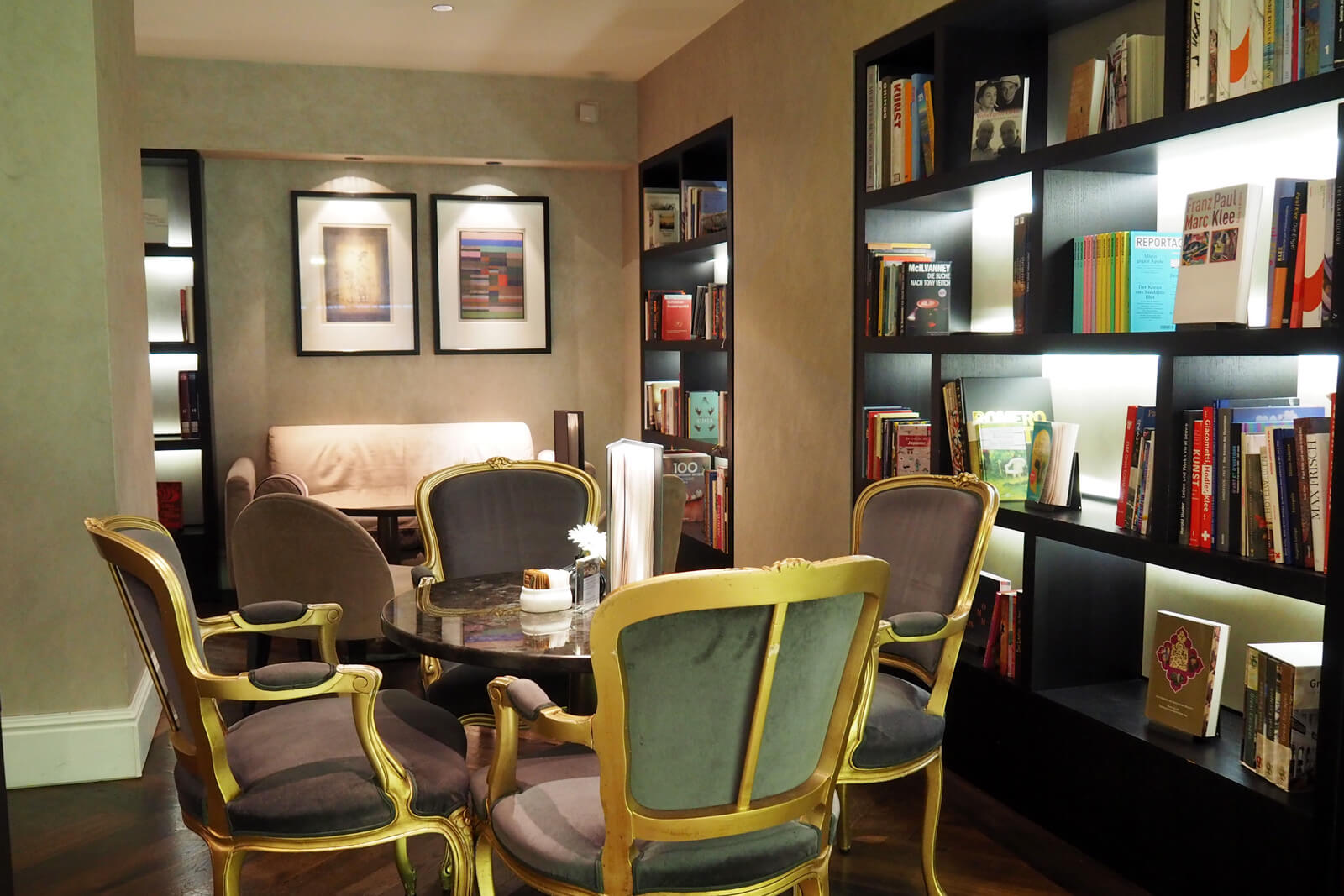 Rooms and suites with grandeur and a contemporary touch

While not exactly spacious, our suite leaves no wishes unanswered. For a historic city hotel, it is of exceptional quality and offers just the perfect blend of modern comfort within a historic setting. The art work on the walls gives our suite a unique character.

From wallpapers to bathroom fixtures and turndown treats, all the materials used are of highest quality. Actually, we have yet to stay in a more elegant city hotel suite... 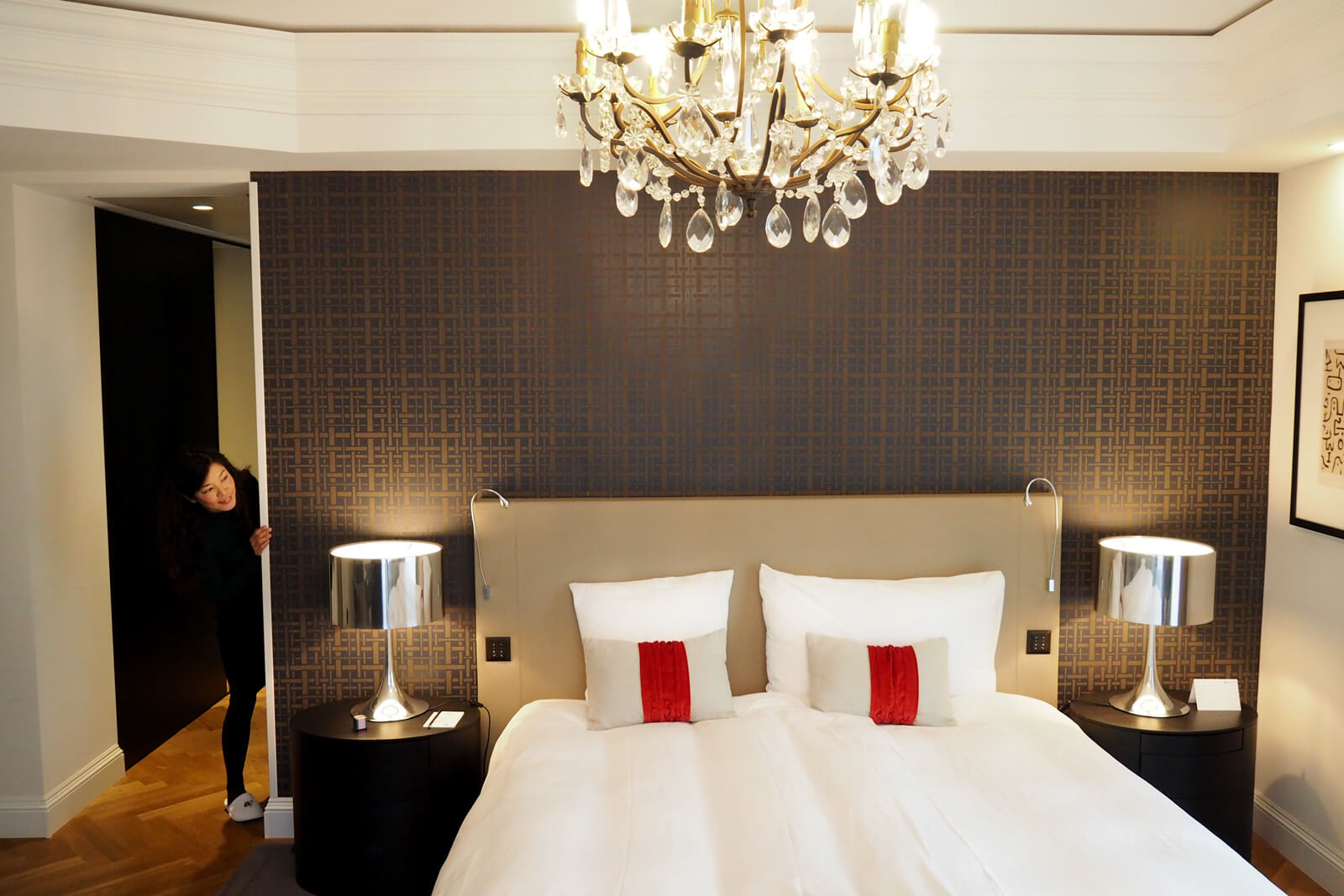 So truly, it is tough to leave this beautiful sanctuary. But the hotel has other unmissable amenities worth checking out. The Sky Terrace is Bern's only rooftop bar accessible to the public. The sweeping panoramic views of the Gurten hill, the parliament building and the old town are very unique.

Starting a perfect day in Bern at Jack’s Brasserie

The next morning, breakfast for hotel guests is served at Jack’s Brasserie. With this restaurant being open to the public at the same time, it is a rare occasion for five-star luxury guests to dine among locals. 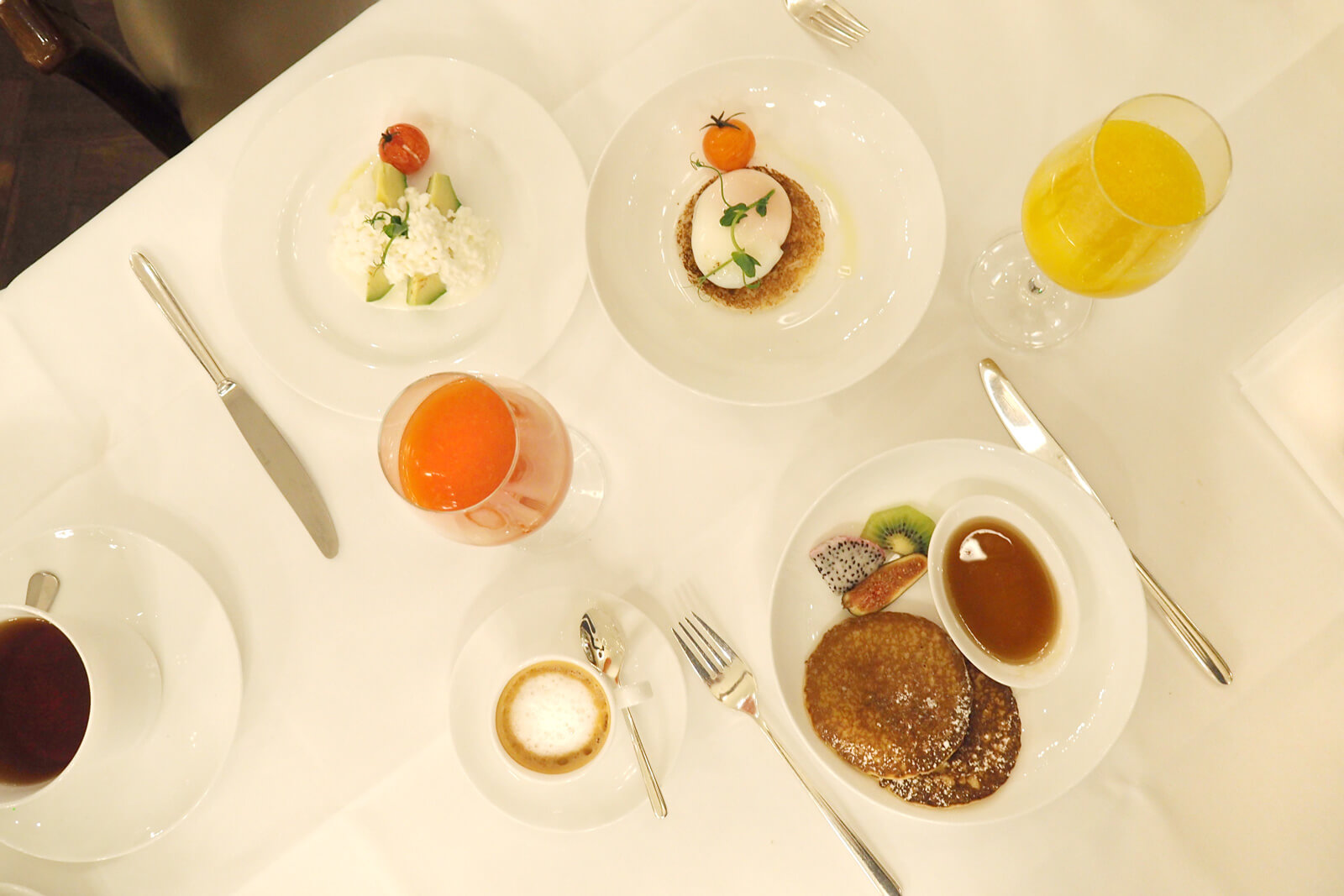 And there he is: Roger Federer. We find great pleasure in going around the restaurant and reading the many placards with names attached to the benches. Many a celebrity has already eaten here. As we scour the breakfast buffet, we decide on our goal for the day: to meet the bears. The coat of arms of both the city and the canton of Bern features a bear. So, would it surprise you to know that Bern has kept live bears ever since 1513?

Bern is a city of fountains

Just beyond the hotel’s revolving door lies Bern’s historic old town, a UNESCO World Heritage site. This immediacy is just what we love about city hotels. One minute, we are getting ready in a cozy suite. And the next minute, we are in the middle of the action.

Footsteps from the Hotel Schweizerhof is a main alley that connects the train station with the River Aare. We decide to walk in order not to miss a thing. Through a series of city gates, we make our way closer and closer to the emerald waters of the snaking river.

Over centuries, the layout of the medieval old town has remained largely unchanged. As we meander through the alleys, we pay attention to the street signs that change color depending on the neighborhood. This clever orientation aid was introduced by Napoleon whose aim it was to keep his (drunk) soldiers at bay.

Bern is a city of fountains, and for good reason. More than 100 public water fountains are scattered through the old town. Eleven of them are true historic monuments. They are adorned by colorful statues and flower arrangements. Back in the 16th century, these fountains were erected as symbols for the wealth among Bern’s upper class. At least two of the fountains are especially noteworthy: the Child Eater Fountain at Kornhausplatz, as well as the "Lischetti" Upper Postgass-Fountain at Postgasse. Why anyone would place an ogre nibbling on babies atop a fountain escapes my imagination. Could it be to teach kids a lesson?

The Lischetti Fountain is unique in that the statue is: you. A flight of stairs leads up to the pedestal, and the rest is up to our own creativity... The Zytglogge Clock served as inspiration for Albert Einstein

One of my favorite streets is Kramgasse with the famous Zytglogge clock tower. The clock face is very complex and even includes an astronomical calendar clock. Go there a few minutes before noon to watch the entire spectacle unwind. Or better yet, book a special tour to step inside this historic clock tower. Seeing the old-school technology that has been running the Zytglogge since the early 13th century blew my mind. Between the clock tower and the bear park, there are lots of nice boutiques and shops to be discovered. While pricier than the ones closer to the train station, it is worth strolling through the alleys and arcades in discovery mode. Fun fact: Bern is home to the longest covered shopping arcade in Europe. 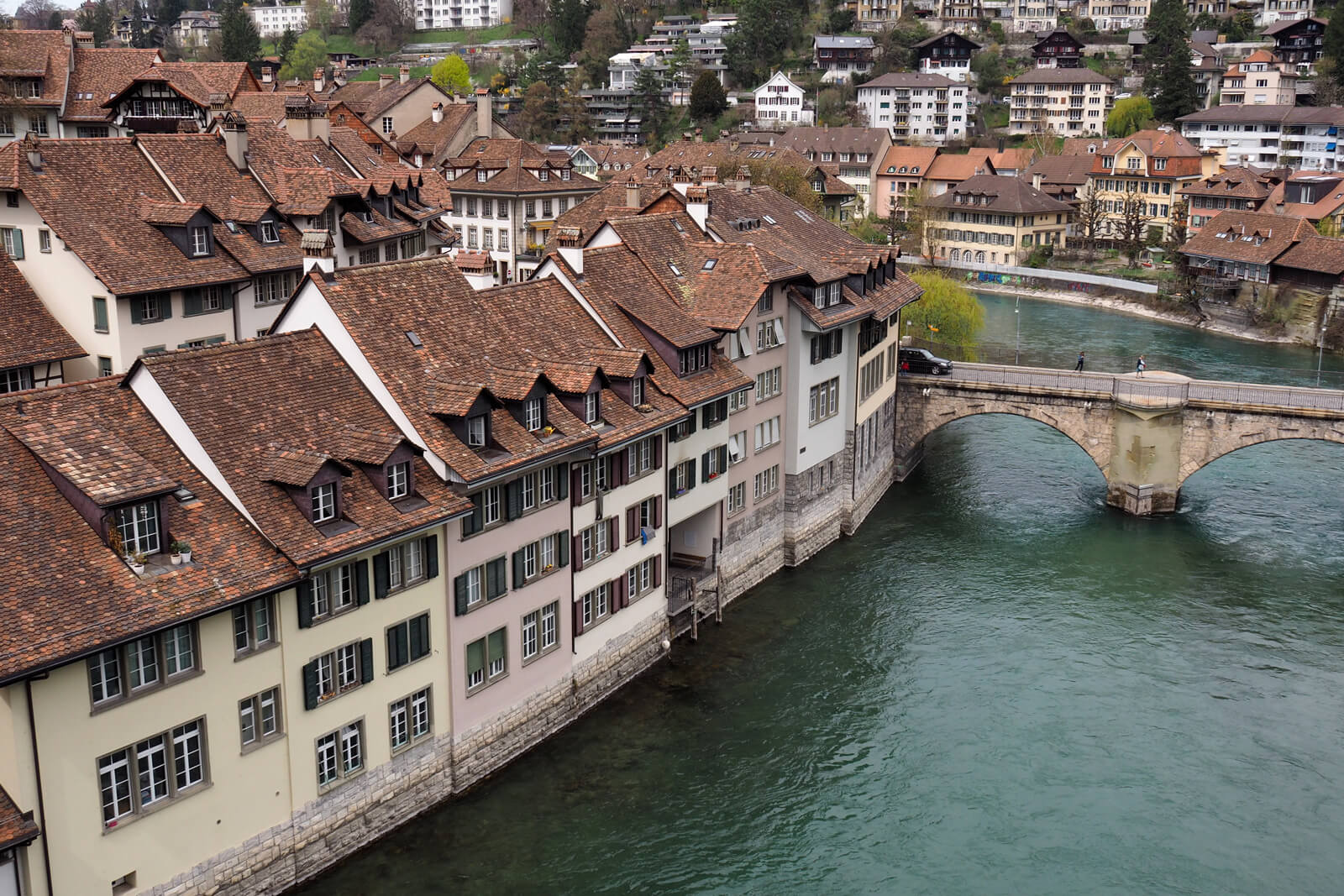 Bern's symbolic animals are roaming at the Bear Park

Finn, Björk and their daughter Ursina occupy a natural cliff on the banks of the River Aare, giving them the opportunity to cool off as they please. While standing on the bridge, we are lucky to spot the brown bears, one of which appears to be fishing with a twig. 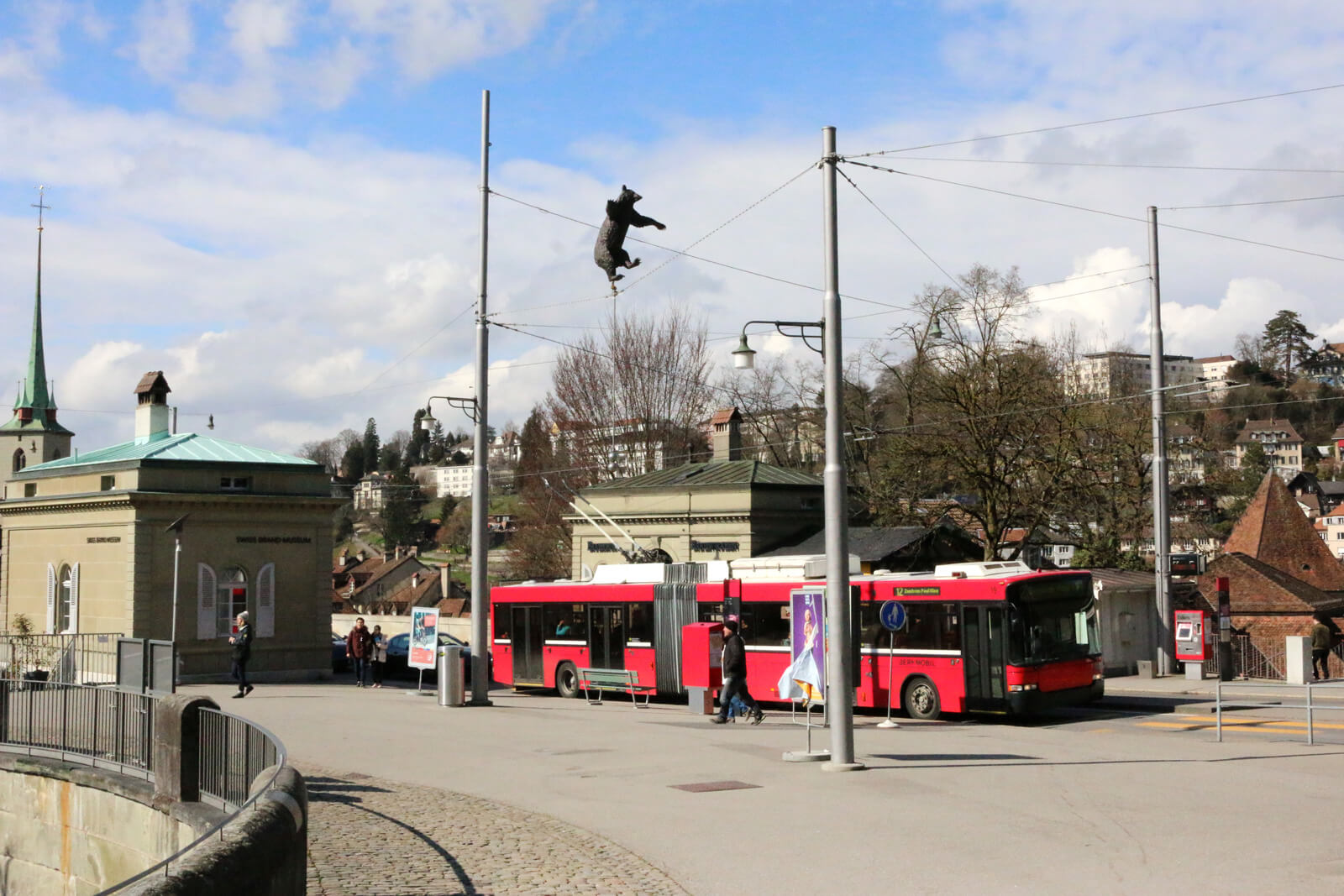 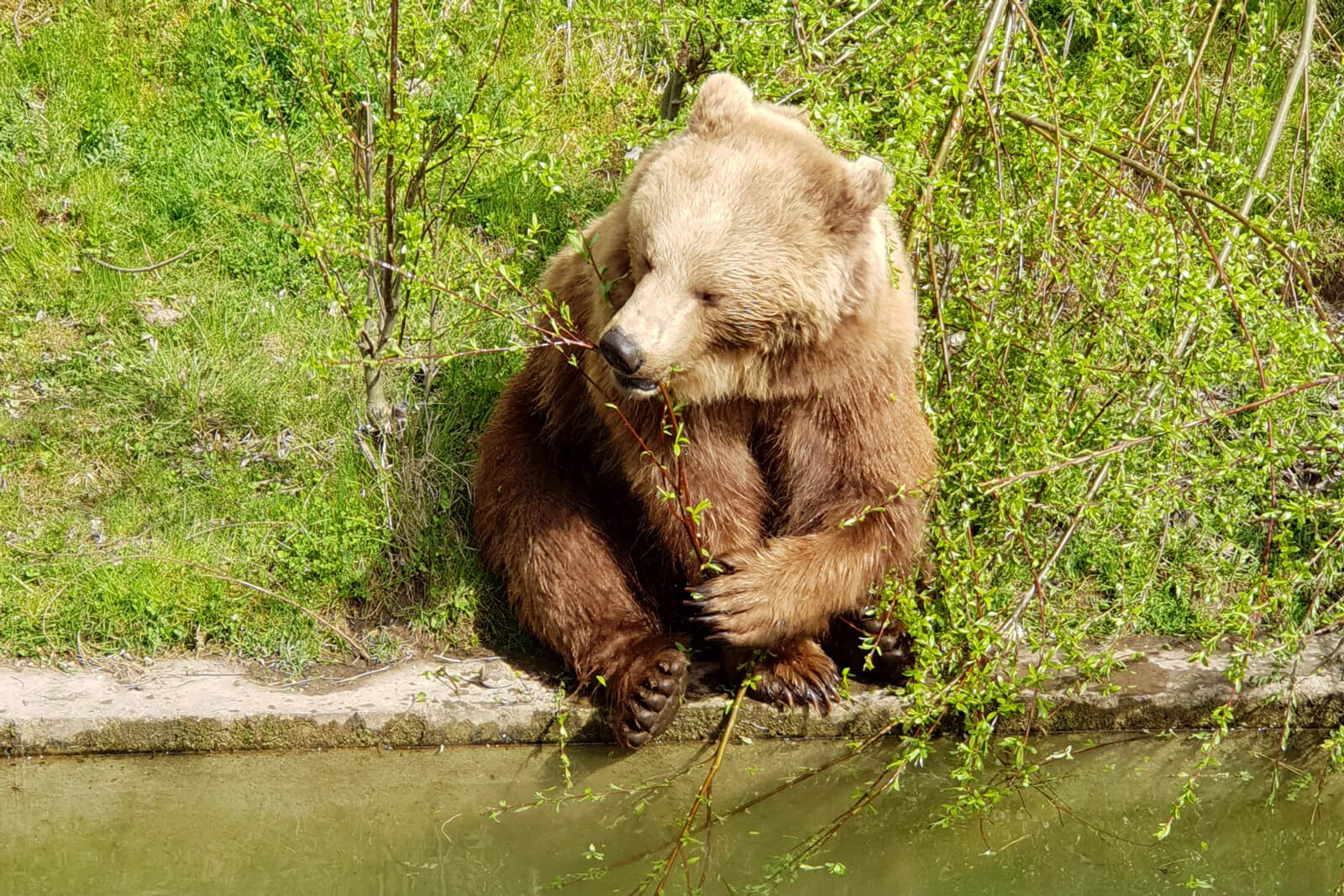 We are back at the hotel after exploring Bern’s highlights and hidden treasures. With everything there is to see and do, we agree that it is near impossible to resist the charm of Switzerland’s capital...

Here is an overview map of our walking tour through Bern's old town:

A hotel which is approachable and accessible to the public

We recognize a certain theme or philosophy behind the Hotel Schweizerhof Bern. Most all spaces are open to the public, enabling interactions among hotel guests and locals. Be it the bar on the rooftop, THE SPA with sauna and pamper pool in the basement, the French brasserie or the lobby lounge: the hotel has deliberately opened its most valuable assets to the general public.

The five-star superior boutique hotel is a member of Leading Hotels of the World and Swiss Deluxe Hotels. (For the purpose of this review, the hotel has provided two nights for 2pax, including breakfast.) 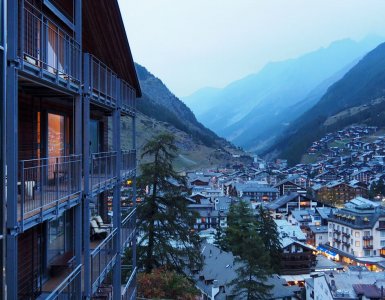 THE OMNIA Mountain Lodge in Zermatt has it all

"Omnia" is the ultimate Latin word, meaning "all encompassing." I was very intrigued when I heard about the THE OMNIA Hotel in Zermatt... It’s all “ship ahoy!” at the Hotel Eden Roc in Ascona

Azure, Turquoise and Ultramarine: these are just some of the shades of blue one can experience along Lake Maggiore in Ticino. At the Hotel Eden Roc...

An unforgettable weekend in the Appenzell Alps (Sponsored)

Manage Cookie Consent
To provide the best experience, we use technologies like cookies to store and/or access device information. Consenting to these technologies will allow us to process data such as browsing behavior or unique IDs on this site. Not consenting or withdrawing consent may adversely affect certain features and functions.
Manage options Manage services Manage vendors Read more about these purposes
View Preferences
{title} {title} {title}
140 Shares
Share34
Tweet
Share
Pin106
WhatsApp