Each time a new James Bond movie is released, numerous articles are published about every aspect imaginable.

But apart from the gadgets and locations, one of the major talking point are the Bond girls. The author Ian Fleming envisioned the character of Honey Ryder as "Botticelli's Venus seen from behind." The producer Cubby Broccoli remarked: "She had to be strikingly beautiful, voluptuous, but with a childlike innocence. As Bond's first screen heroine, she had a key role."

A girl from Ostermundigen near Bern happened to be at the right place at the right time: Ursula Andress. Little did she know that her small part in James Bond's first movie would transform her into a glamour queen! She would be remembered for life.

Ursula Andress turns 85 on March 19, 2021. On this occasion, here are twelve facts about the Swiss Bond Girl:

Although Ursula Andress was rumored to have different partners in her career, she was legally married once. She was in her 20's when she got married to John Derek, who left his wife and two children in order to marry the Swiss diva.

Dr. No, the first James Bond movie (1962), and Casino Royale (1967), the unofficial Bond movie, have Ursula Andress as a common denominator. She played the iconic Honey Ryder in the 1962 flick while she essayed the role of Vesper Lynd in the 1967 movie.

The first James Bond movie was Ursula's fourth movie as an actress, and her first role in an English speaking movie. Little did she know Dr. No would turn her into the epitome of beauty for generations of movie lovers.

Six children in the Andress family

Andress was born third out of six children and grew up in her grandfather's nursery in Ostermundigen. Her four sisters and brother were born to a Swiss mother who had met her husband, a German diplomat, while he was residing in Switzerland.

By the time Ian Fleming had completed his tenth book about James Bond, the author was enamoured with the beauty of Ursula Andress. He mentioned her real name in the novel On her Majesty's Secret Service. Her character? A beautiful movie star. This novel was published a year after Dr. No hit the screens.

Andress was ambitious, a trait that was demonstrated by her running away from Switzerland to Italy at the age of 18. She spent her time in Rome working as an art model before getting her break in the Italian film industry. 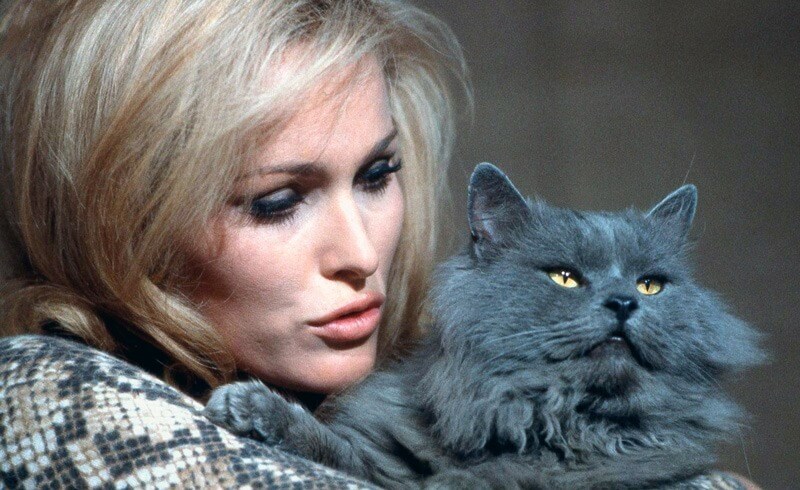 Dimitri Alexander Hamlin was born when Ursula Andress was 44 years of age. Born in California, he remains her only son.

In 2006, Andress spent her 70th birthday aboard the Royal Yacht Britannia in Edinburgh, Scotland. She hosted celebrities from all over the world. The party coincided with the inauguration of the Swiss Consulate General in Edinburgh, and the very same day, her hometown of Ostermundigen named Andress an honorary citizen.

In 2001, the iconic white bikini which Andress designed and wore in Dr. No was sold at an auction for £ 35'000. It was bought by Planet Hollywood co-founder Robert Earl, who incidentally took part in the bid via telephone from his home in New York.

"My entrance in the film wearing the bikini on that beautiful beach made me world-famous as the Bond girl." Ursula Andress has stated this one too many times in her life. Her role as Honey Ryder also set the template for selecting future Bond girls.

In case you are a Bond fan, don't miss a trip to Bond World at the top of Mt. Schilthorn! 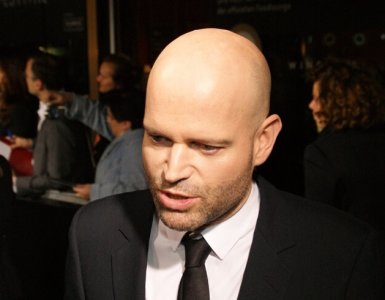 Marc Forster is undeniably way up there when it comes to successful directors in Hollywood. For many Swiss, Forster is the Roger Federer of movies...

Manage Cookie Consent
To provide the best experience, we use technologies like cookies to store and/or access device information. Consenting to these technologies will allow us to process data such as browsing behavior or unique IDs on this site. Not consenting or withdrawing consent may adversely affect certain features and functions.
Manage options Manage services Manage vendors Read more about these purposes
View Preferences
{title} {title} {title}
431 Shares
Share424
Tweet1
Share5
Pin1
WhatsApp