Roger Federer: with a trophy cabinet that includes an unmatched twenty grand slam titles and a record 310 weeks at the top of the world rankings, there are few who would argue against Federer’s place at the very pinnacle of his sport.

Winner of the junior Wimbledon title in 1998, Federer's breakthrough as a professional at the highest level also came at the All England Club in 2003. And during a career that has seen him amass more than one hundred titles and an army of loyal Federer Fanatics who follow their idol across the globe, it is his ability to transcend tennis that singles him out from the rest of the elite.

Recognized for his contribution to the nation with the recent release of a commemorative coin, Roger Federer - Switzerland's greatest sporting icon - embodies the very essence of the country he represents.

Switzerland has forever been synonymous with quality and precision and the very notion of a Swiss product evokes an immediate sense of both. Even one who has never visited the country knows of its impeccably timed trains, precise watch movements, and rich, luxurious chocolates, and most would agree that applying the label "Swiss Made" to an item is guaranteed to elevate it above the average.

Quality and precision are hallmarks of Federer, too. He has a loaded arsenal of weapons, from his on-court artistry to the powerful forehand, the pinpoint serve, the exquisite single-handed backhand, the majestic overhead, the tweener, the round-the-net winner from a defensive position, the footwork that sees him glide across the court with the grace of a ballet dancer...

And off-court, Federer's quality as a man is demonstrated time and again by his humility in victory and graciousness in defeat.

The Swiss work ethic is well known. Drive, commitment, and sacrifice are essentially national traits here and while employment law dictates that workers in Switzerland do a maximum of forty-five hours per week, the dedicated, efficient Swiss pack a huge amount into this time frame.

In the case of Roger Federer, his hard work and single-minded devotion to tennis are so often hidden from public view. Federer's unique brand of magic on the court can fool the casual viewer into thinking that it is "effortless" or just "natural talent."

And obviously, while there is a certain degree of innate aptitude, one does not enjoy the longevity that Roger Federer has without a carefully planned schedule of training, diet, rest, and recuperation... Not to mention the many sacrifices along the way!

At thirty-eight, after more than two decades as a professional and an unprecedented twenty Grand Slam titles, there appears little sign of Federer slowing down. The year 2019 saw him reach the Wimbledon final (narrowly defeated by Novak Djokovic in a match in which he outscored his opponent on all the key measures - serving percentage, winners, total points won, etc.) as well as adding a further four titles to his impressive haul.

Despite the country's somewhat stoic reputation, the Swiss are passionate people who offer zealous, unbending support to whatever they believe in. You only have to visit a Swiss vineyard or spend a few minutes immersed in the music and mayhem of a festival to realize that the Swiss can be both wildly enthusiastic and unafraid to let their hair down.

Likewise, Federer's passion for tennis has never been in doubt. As a junior his enthusiasm and will to win almost spilled over into petulance and misbehavior, with McEnroe-esque meltdowns and tantrums a common feature of his matches.

But as a professional, Roger Federer has learned to hide his emotion beneath a cool on-court exterior. Make no mistake though, this is a man of great fervor and spirited conviction, a man driven to be the very best.

Consistently ranked among the world’s richest nations, Switzerland is renowned for its high standard of living and quality of life. Salaries here are far and above the European average and the country has a Gross National Income (GNI) per capita of around USD 60’000. Exports, particularly of gold, are a key source of income for the Swiss.

Federer, of course, has been privileged to reach the summit of his sport, and with that success comes the benefits of great wealth. Prize money and multiple endorsements from (among others) Rolex, Lindt, and Credit Suisse, have seen this quiet, unassuming boy from Basel amass a fortune that places him among the world's richest sportspeople.

Here's a picture of Federer's emblem along Basel's Walk of Fame: A travel itinerary that has taken in most of the world, as well as three homes in Switzerland and an apartment in Dubai where he spends much of the winter training season, are just a reward for his insurmountable success.

Despite the trappings of fame and material wealth, Federer has never forgotten how lucky he is to be able to do what he loves at the highest level and make a handsome living from doing so. He is always keen to "give back." In 2003, he set up The Roger Federer Foundation aimed at supporting education projects in some of the poorest regions of Southern Africa as well as back home in Switzerland.

And finally: Roger Federer is the pinnacle of Swissness!

Switzerland has always been something of an anomaly among the world's leading nations. A landlocked yet famously neutral territory, a country where democracy is something so much more than a nine-letter word. And a nation of cultural and linguistic diversity with an international outlook and a winning mentality.

The Swiss are a nation of individuals bound by a shared pursuit of excellence. And Roger Federer, the greatest tennis player of all time, might also be the greatest exponent of Swissness...

"Footsteps of Federer" maps out Federer's incredible journey from modest childhood to being one of the world's most recognizable humans.

Born in England, Lisa’s fascination with Switzerland can be traced back to a conversation she had with her grandfather as a child; ever since then she has made it her mission to visit the country as often as possible. As well as writing about her second home for Newly Swissed, Lisa is the co-founder and principal blog writer of the quizzing website, www.brainycow.com. Each year, millions of thirsty tourists flock to Europe in search of the origins of their favorite elixirs. France and Italy are tops for wine, Germany and Belgium for beer, Britain for its ales, Scotland for its... 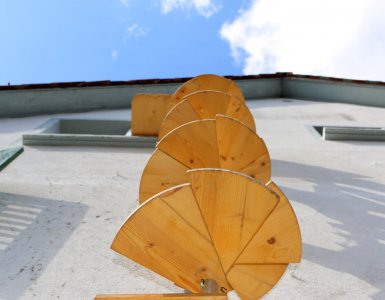 Manage Cookie Consent
To provide the best experience, we use technologies like cookies to store and/or access device information. Consenting to these technologies will allow us to process data such as browsing behavior or unique IDs on this site. Not consenting or withdrawing consent may adversely affect certain features and functions.
Manage options Manage services Manage vendors Read more about these purposes
View Preferences
{title} {title} {title}
1K Shares
Share1K
Tweet
Share
Pin4
WhatsApp