Up and down in Lausanne – My impressions of this vertical city

I am just back from three fine days exploring Lausanne, my favorite city in Switzerland (along with Zürich, Bern, Lucerne, Basel... Oh, never mind!)

Merci beaucoup to the Lausanne tourism office for hosting our little group of travel and culture writers from Switzerland. You have only yourselves to blame if we all move to your fair city next week – in spite of your hills!

I guess walking up and down and up and down is to be expected in Switzerland, but Lausanne is not even in the Alps! And yet, it seems you are almost always changing elevation with each step as you go around the town.

This Paris style covered passage is one of the few flat places in the city. Mostly, the streets are inclined to be inclined. As you would expect, the cathedral is up a little closer to heaven... and hell! Down by the lake, there is also some flat space. Just enough for the occasional giant chessboard and the Chateau d’Ouchy, now a hotel and restaurant. Nearby, the newly re-imagined Olympic Museum is a dazzling series of displays on three floors. And the quite cool quartier of Flon is rather horizontally oriented! Lausanne is also the jumping-off point for other remarkable places in Canton Vaud. The wine village of Grandvaux is maybe 20 minutes away by train. It is home to several winemakers, including Domaine Croix Duplex, owned for three generations by the Vogel family. This is their office. 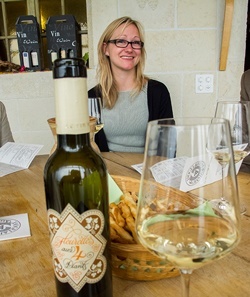 There, we were offered a wine tasting by Madame Maude Vogel.

Then, we enjoyed a nice lunch at L’Auberge de la Gare, right across the street. Another short train ride to the town of Renens to gawk at two modern architectural wonders on the campus of one of Switzerland's (and the world's) most respected universities, L'Ecole Polytechnique Fédérale de Lausanne (EPFL). We also peeked into the university's library and study area, the Rolex Learning Center. I kept wishing I had a skateboard... Then, we got a peek at the new SwissTech Convention Center! These colored bands are not just beautiful; they also generate solar power using dyes and a process that mimics photosynthesis! This system was designed by an EPFL professor: 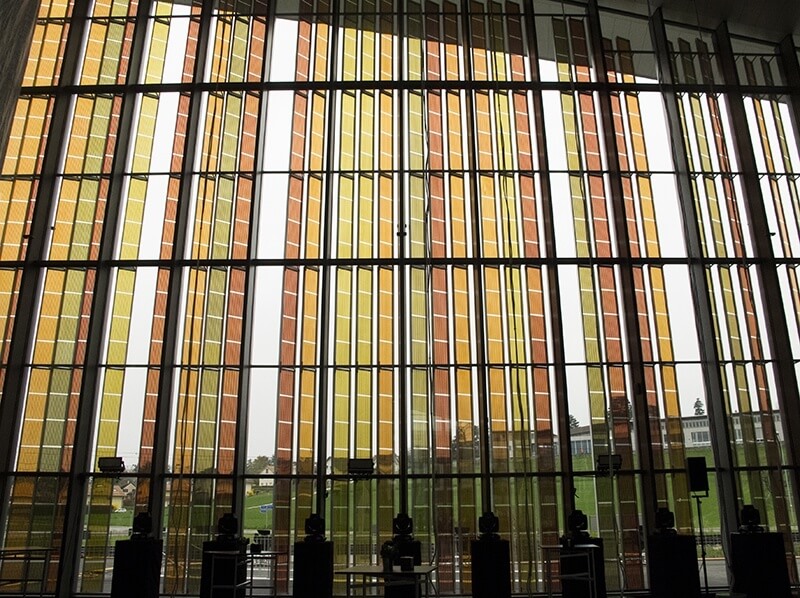 Finally, after a day of exploring, we returned to our Lausanne home, L'Hôtel de la Paix, to relax and contemplate the city. 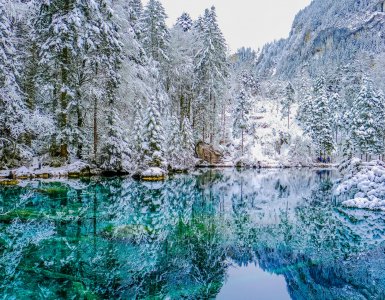 Located in the Kander Valley not too far from Interlaken, the turquoise Lake Blausee boasts some of the clearest waters of any Swiss lake. 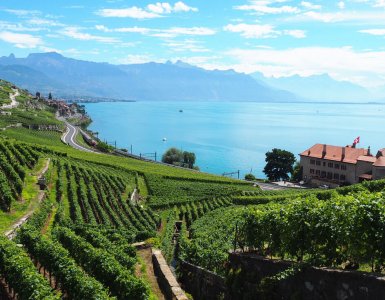 There's a saying that the Swiss don't export wine because they like to keep it to themselves. We opted to find out the truth on the Swiss Wine Trail... 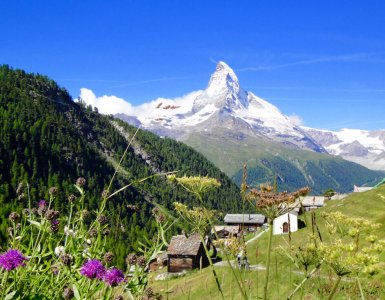 Hiking in Zermatt – Everything you need to roam with a view

Above the rooftops and stilted wooden chalets of Zermatt, nearly 400 kilometers of well-marked and maintained hiking trails unfold. Here are three...