This is how amazing the Fête des Vignerons in Vevey is! 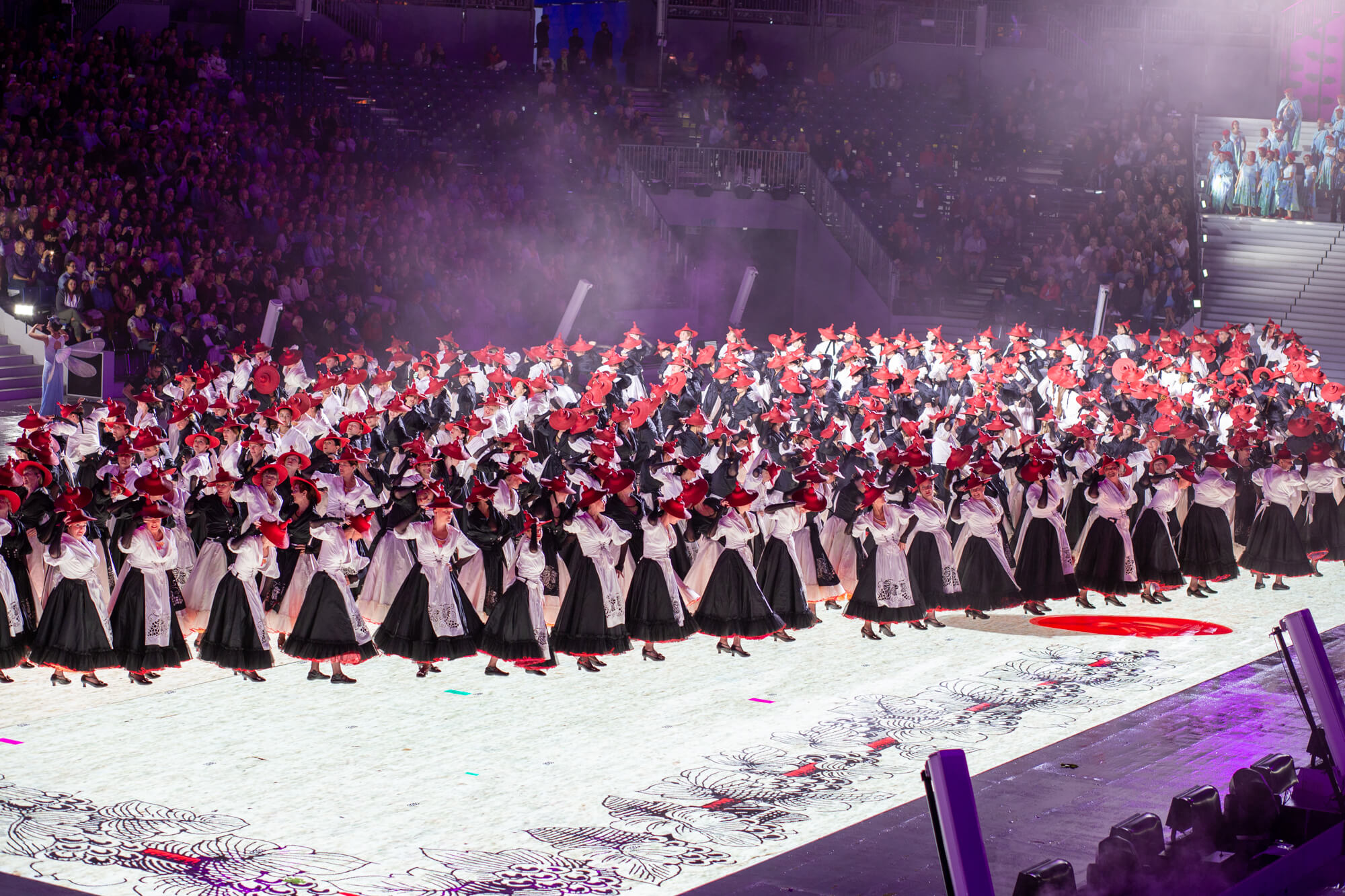 Rarely do we post an article with great urgency. But there is less than a week left for you to see the once-in-a-generation celebration that is the Fête des Vignerons.

The world's largest wine festival occurs only every twenty or so years. The last time it was held was in 1999, so do not expect another edition until 2039 at the earliest. The Fête des Vignerons in Vevey on the shores of Lake Geneva is still on through Sunday, August 11, 2019. We were already there, and here is what we saw and learned about one of the world’s largest festivals.

The original purpose of the Fête des Vignerons was to crown a sort of winegrower king (Couronnement des vignerons-tâcherons). The coronation still takes place on the first day of the festival. Yet, this singular event is outshone by the three weeks of day and night performances that follow.

As we have previously announced, the first Fête des Vignerons dates back to 1797. At this point in history, the Brotherhood of Winegrowers (Confrérie des Vignerons) - made up of bourgeois landowners - decided to reward the best winegrower.

This idea was antithetical to the tradition of punishing the laziest and worst farmer. However, the reasoning was to improve the quality of wine production through positive reinforcement. Shortly after the first Fête des Vignerons was held, the Vaudoise Revolution and Napoleonic Wars occurred and kept the event from being held for 22 years. (The second one took place in 1819.) For this reason, the tradition of holding the event only five times a century was established.

On December 1, 2016, the Fête des Vignerons was added to UNESCO's intangible cultural heritage list, making it the first Swiss tradition to be included.

The artistic director of the 2019 Fête des Vignerons is Ticino-born choreographer and director, Daniele Finzi Pasca. He is no stranger to the world of live performances, theaters and circuses. Finzi Pasca has worked for Cirque du Soleil and choreographed the closing ceremonies of both the Turin (2006) and Sotchi (2014) Olympics. Knowing the artistic director’s resumé will help you to understand what you are going to be watching. The show is a combination of Broadway Musical, Cirque du Soleil and Olympic closing ceremony, all rolled into one. The music moves from Tchaikovsky-style ballet to big band, choir and Swiss folkloric, while the costumes will have you thinking of Disney’s Fantasia or Alice in Wonderland.

The background story: a year in the vineyards

The 2019 show follows a year in the vineyards. It is told through a conversation between a young girl and her grandfather. For humor, there are three doctors who, like Statler and Waldorf from the Muppets, provide commentary.

Even though there is no intermission, the speed and seeming ease with which scenes transition keeps the audience at the edge of their seats. The entire performance has nineteen spectacular scenes where there are seldom fewer than a hundred performers on stage.

The more than 70 costumes include vineyard specific creatures such as insects, birds, foxes and rabbits. Also, figures from the community such as wedding attendees, market visitors and frolicking children.

Here are some more abstract images such as playing cards or carousel ponies: The show reaches its climax with the Ranz des Vaches. This traditional Swiss melody is sung by farmers while driving cows to and from pastures. With some 800 voices and real parading cows in flowered headdress, the call and response rendition of this song will give you goosebumps.

The stage with its heightened platforms and walkways holds some 5'500 local amateur actors, as well as musicians and singers. Particularly worth noting is the inclusion of performers in wheelchairs and with prosthetics.

All of Switzerland is invited

Traditionally an event for western Switzerland, the organizers of this year's Fête des Vignerons wanted to see more of Switzerland attending.

As almost every canton in Switzerland produces wine of some sort, they reached out to the different wine grower associations to see if they would be interested in attending. The answer was a resounding "yes," as every one of the 26 cantons agreed to be part of the festivities. For the remaining days of the fête, you can still taste wines and food, as well as experience local costumes and traditions from the following cantons:

There are just five days left for you to see this one-of-a-kind show. Tickets start at 140 francs and go up to 360 francs. You can book them here. For the spectacle and the unique theatrical experience, we highly recommend the Fête des Vignerons to anyone who can attend. Have a look at additional photographs of the main performance: As we walked into the 12th century Chateau d'Aigle with the official tasting glass in the hand, the winners of 625 wine entries were just being announced... Exclusively from the catwalk of the Salon du Chocolat show in Zürich, we have some incredible (edible) fashion for you! Made entirely of Swiss chocolate, the models wearing these pieces of chocolate art presented quite...

Manage Cookie Consent
To provide the best experience, we use technologies like cookies to store and/or access device information. Consenting to these technologies will allow us to process data such as browsing behavior or unique IDs on this site. Not consenting or withdrawing consent may adversely affect certain features and functions.
Manage options Manage services Manage vendors Read more about these purposes
View Preferences
{title} {title} {title}
147 Shares
Share144
Tweet
Share
Pin3
WhatsApp