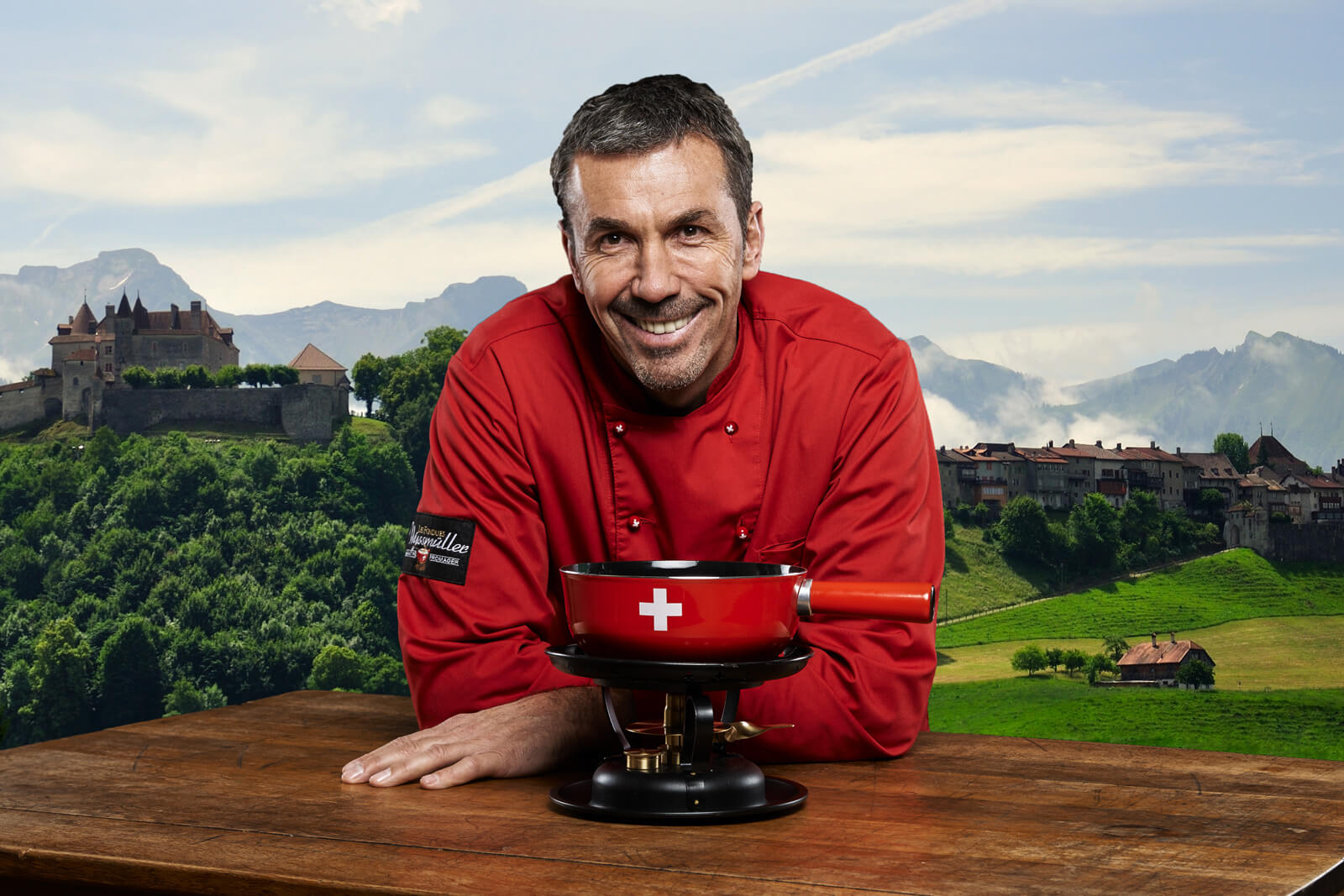 Is there anything more cozy than enjoying a cheese fondue on a cold winter night?

We think not! Cheese fondue is somewhat of a Swiss national dish, but many newcomers might be overwhelmed at first: which cheese blend to pick? Which ingredients are required, and how to cook cheese fondue in the first place? Through trial and error, we have figured out how to fix a perfectly smooth cheese fondue by now.

And ever since we have discovered the blends of Les Fondues Wyssmüller, our consumption of melted cheese has increased while the preparation time has decreased…

Some background on Les Fondues Wyssmüller

To understand Les Fondues Wyssmüller, you have to understand the passionate founder behind this brand. William Wyssmüller is a master cheesemaker with more than 25 years of experience. In 2015, he launched a gourmet fondue brand which would gain a recommendation by GaultMillau Suisse. Wyssmüller was curious how the renowned testers would judge his fondue, so he invited them to give it a try.

The result of this bold move? For the first time, the renowned guide decided to crown a Swiss gourmet product – Les Fondues Wyssmüller!

It took Wyssmüller’s solid background as a milk buyer and master cheesemaker, as well as his brilliant marketing mind, which enabled this compelling fondue brand. Quality ingredients are of utmost importance to Wyssmüller who handpicks the wheels of cheese that go into his fondue blends.

This really is his passion project, a fact that becomes apparent when you dip the first piece of bread into a pot filled with Wyssmüller’s gourmet fondue blend… What makes the fondue blends of Les Wyssmüller different?

Let me ask you this: have you ever been to the canton of Fribourg? If not, you should definitely put it on your Swiss list. Because during summer, you will see green and juicy rolling hills dotted with grazing cows. And on the near horizon, there are the majestic pre-Alps with their snow capped peaks.

It is in this environment where Gruyére AOP and Vacherin Fribourgeois AOP cheeses are produced, two key players in most any Swiss fondue blend. (The latter is actually the only cheese which is exclusively produced in a single canton.)

Les Wyssmüller produces their fondue blends in Bulle. This is where the hand picked Gruyère AOP and Vacherin Fribourgeois AOP cheeses are shredded and mixed at equal parts. This blend is called “moité-moité”, which stands for “half and half.” Especially in the German speaking parts of Switzerland, you will find blends using Appenzeller or Emmentaler along with Gruyère cheese. But we are definitely the moité-moité” kind! The Vacherin Fribourgeois AOP cheese melts at only 50 degrees C, making is especially creamy and silky…

If you are not sure what fondue type you are, find out thanks to this intelligent chatbot: So, what did the chatbot reveal about your fondue preference? Are you also a “moité-moité” type?

What we like about the fondue blends by Les Wyssmüller are the fool-proof instructions: simply add the cheese to the fondue pot along with a pre-measured amount of dry white wine. Then, as it is heated and as the cheese melts in the caquelon, it unfolds its fine aroma… (A piece of advice: don’t forget to shut all the doors in your apartment or else you will have a very cheesy dream…)

– Talk to the fondue chatbot and find the perfect fondue blend for your taste
– If you already know, head straight to the online shop of Les Fondues Wyssmüller (For the purpose of this review, Les Fondues Wyssmüller has sponsored four portions of Fondue Création plus a bottle of white wine.) 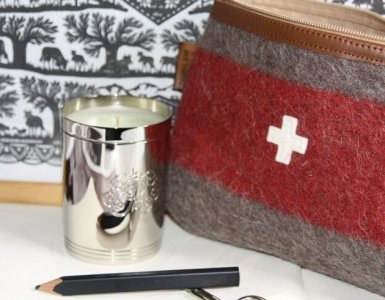 Winter is just around the corner, and style plays a big role with the Swiss who are known to have good taste. Statistically speaking, they are the wealthiest people in the world...