A Primer on Swiss Gin

Earlier this summer, there were reports from the University of New South Wales that the hipster movement is on its way out. Say goodbye to the thick-rimmed glasses, beards, and shabby-chic cafés.

Supposedly everything reaches a saturation point – or, as the article in the Guardian warns, a peak beard - which is then ushered out by a counter movement.

Craft beers, organic-fair-trade coffee and specialty gins have all benefited from the hipster trend. Once, Gordon's, Tanqueray, Bombay Sapphire and Beefeater would hold down their section of the bar – along with a bottle of Schweppes Indian tonic water and a few slices of lime for the classic Gin and Tonic. But now, there are hundreds of gins you may encounter and dozens of tonic waters like Gents from Zurich.

Thank heavens there are still only 13 limes, of which you are most likely to find one of four in any bar. For three years now, Gin and Tonic has been the in-drink. The Scottish Hendrick's led the way to the gin revival. In Frau Gerold's Garden, you will find a gin bar where for the unsuspecting customer, ordering a G 'n' T is like ordering a coffee at Starbucks.

Needless to say, several Swiss distillers have hopped on the gin wagon and started to produce their own.

Gin is Simple yet Complex at the Same Time

Gin is at once a terribly simple and infinitely complex spirit. Take some alcohol like a vodka and add juniper berries and herbs, then distill the whole thing again. Do it all together and you have your classic London Dry Gin.

The complexity of gin lies in the selection of ingredients you choose to add. Hendrick’s, for instance, chose to add cucumber. There are several saffron infused gins, and gins with geraniums.
You can choose your spirit, from potato vodka, distiller wine (like grappa) or an apple distillate (used by Chase Williams), to name just a few.

With its plethora of Alpine herbs (Kräuter), Swiss gin producers have not shied away from experimenting with their own blend of herbs to produce a spirit with the complexity of a Ricola cough drop.

Unfortunately, they will not be able to transplant the Ricola slogan “Wer hat's erfunden?” (Who's discovered it?), as gin is accredited to the Dutch. 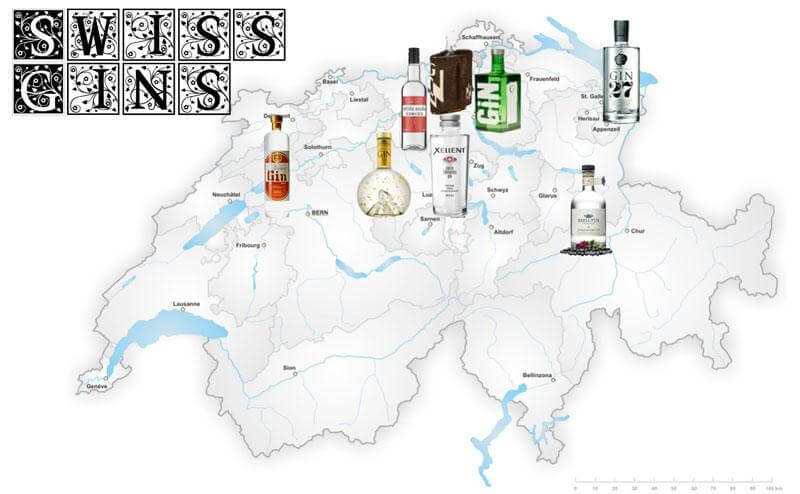 Among those trying their hand at producing gin in Switzerland are the Willisauer Distillery with Xellent, which uses Switzerland's most famous flower in its blend: the Edelweiss.

Käsers Schloss, quite known for their whiskeys, uses hibiscus as a botanical in their gin, while Gin 1948 is dominated by lavender. Nutmeg Gin from Matter-Luginbühl has a pronounced nutmeg aroma, as its name suggests. Some of these gins like White Socks and Käsers Castle Gin have even won awards at international competitions: Silver at the International Wine & Spirits Competition and a gold at the Worldspirit Award, respectively.

Yet, if you were to ask most anyone to name a Swiss gin, you would get a shrug of the shoulder or possibly the incorrect answer of Monkey 47 - which, like the Cuckoo Clock, comes from the Black Forest region of Germany.

No brand of Swiss gin has been able to establish itself as the Helvetic gin. With this in mind, a fond appreciation of gin and an entrepreneurial spirit, Oliver Ullrich proposed to his business partners that they produce their own gin.

A New Gin Needs to be Special

With a market saturated in gins, Oliver and his business partner Ralph Villiger knew that they needed to establish and meet certain criteria before venturing off to produce their own gin.

What would set this gin apart from the rest? The last thing the world needs is another Beefeater, Gin Mare or Käser Castle Gin. Not that these are bad, but they exist already.

This gin needed to be unique. Basic questions that begged to be answered before production started: Who would produce it? How would it be produced? And where will it be sold?

It all started to come together with one of those lightbulb moments, when something that seems so obvious becomes clear and you are left wondering why no one ever thought of it before. Next to the gin and tonic, in which drink will you most likely find gin? In the classic Martini:

"'Three measures of Gordon's, one of vodka, half a measure of Kina Lillet. Shake it very well until it is ice-cold, then add a large slice of lemon-peel. Got it?' is how James Bond would drink it."

Aging a gin in a cask has been done, but oak barrels generally overpower the delicate botanicals in gin. That is why oak is better left to wine, port, sherry, bourbon and vermouth.

The informed reader might now be thinking: "Vermouth? No one ages vermouth in casks anymore!"

They would almost be right, too. In fact, coming up with the idea of aging a gin in a vermouth cask, similar to how the finest Scotch whiskeys are aged in port and sherry casks, was the stroke of genius that pushed Oliver and the venture forward. Et voilà: nginious was born!

Benefits of Being in the Heart of Europe

Being situated in the heart of Europe has ist benefits: You are surrounded by great wine producing countries that are also known for their cognacs, limoncellos, grappas and vermouths.

With a trip to the Piedmont and a visit with Cocchi distilleries, whose vermouths furnish some of New York's best bars, an important piece of the puzzle was found. Once the famous Swiss distiller Hans Erismann was convinced to distill the gin, the big picture started to come together. During the winter months, Oliver and Ralph worked tirelessly with Hans to create a wonderfully complex and unique gin. What they found was that a London Dry Gin would not do.

Blending was called for. Isolating the four key notes fruit, citrus, herbs, and licorice, each note was distilled separately. This is important to control extract, especially with the herbs where certain herbs can become overpowering.

With each note perfectly balanced, the blending could begin. The purpose was to avoid the overpowering of say juniper. After a six week resting period, the flavors and aromas of the gin find their harmony and sing on the palate...

At this point, the lads decided to create two variations of the gin: A cask-aged and a regular version. Aging the gin in the vermouth cask the first time, they realized it was too powerful. However, aging a second batch in the same barrel yielded a much weaker vermouth finish. Blending these two, though, led to the exact flavor the boys from Weinbar 4 Tiere had been searching for. As it hits the palate, you taste vermouth - followed by a delightfully complex gin that dances on the tongue...

In essence, you are drinking a cask-aged Martini.

How to Launch a New Gin That's exactly what Oliver and Ralph did.

Being fortunate enough to be invited to the big event (the bar is one of my favorites in Zurich and I subscribe to their newsletter), I had to try the house gin, nginious! Swiss Blended Gin. As the name indicates, it is a rather ingenious drink.

Both the regular and the standard versions are great and show off what Swiss gin can be. I also go to try it against the gin from Clouds simply called GiN, which I thought was also very good, and more complex than the Xellent Edelweiss Gin, which had been my go to.

Breil Gin has a fabulous label, but the gin was rather flat working more the medicinal single note than a complex floweriness that I would have expected with a butterfly on the label. I then tasted gins from Germany, Austria, Spain, Sweden, Holland, France, the UK and the USA and I can honestly say that nginious! was my gin of the evening.

nginious! is truly a gin that deserves to be held apart as the Swiss gin. Like wine, gin is subjective, so go out and try some Swiss gins this summer!

Thinking about the selection of gins out there and the many more to potentially come, recent articles about how the hipster movement is over and how the mobile app market will crash this year, I cannot help but wonder what will happen to the Swiss gin market. If the markets work the way they should (and they generally do), I see a few more regional gins still to come. Some will fail, others will succeed regionally, and one or two may just find its place on to the world market and become a mainstay of the world’s best bars, like the Artesian in London, High Five in Toyko, and Smugglers’ Cove in san Francisco. Aifach in Arosa is a Show Kitchen for the Masses

The streets of Arosa are snow covered. Our dinner reservation is at Aifach, an innovative restaurant just a short walk from the main street... 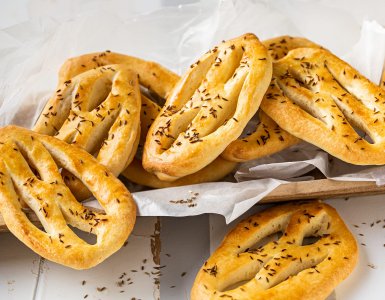 By merely looking at it, you could call Fastenwähe a pretzel of sorts. But once you have tried this delicious and slightly chewy flatbread... Wine is hard to understand: There are too many choices, and wine is for snobs. wiine.me, a Swiss wine subscription, is leading a revolution to bring wine to the masses...

Manage Cookie Consent
To provide the best experience, we use technologies like cookies to store and/or access device information. Consenting to these technologies will allow us to process data such as browsing behavior or unique IDs on this site. Not consenting or withdrawing consent may adversely affect certain features and functions.
Manage options Manage services Manage vendors Read more about these purposes
View Preferences
{title} {title} {title}
71 Shares
Share40
Tweet18
Share7
Pin6
WhatsApp