Here are 17 common quirks that make the Swiss so unique

If you've been around Switzerland for a bit, you may have noticed that it's a pretty special place to live.

But like any other country, Switzerland has its perks and quirks. They are not all about chocolate and watches, either. I am talking about the little things that make the Swiss so unique, that make us who we are. The little quirks that make Switzerland the unique, safe and happy place that it is to live.

Have a read about some of the quirks that make the Swiss unique:

They get anxious when the train is running two minutes late.

They reserve a table as soon as they enter a cafeteria or self-service restaurant. You can't be too safe!

They drive a Tesla to be "green" but fly to London to see a musical over the weekend. No judgment, though, the Swiss do more for the environment than most!

They made it illegal to recycle bottles and cans over weekends (it is too loud), but don't mind the church bells ringing every 15 minutes.

And they made it an offense not to fold cardboard boxes properly before putting them out for recycling. It's literally punishable with a fine!

They complain publicly when SBB decides to stop selling Rivella on trains. Like, seriously, SBB?!

Some of them wait at the window to keep track of parked cars. Once time's up, they sneak out and write a ticket...

The Swiss are openly proud of the few celebrities the country produced, such as DJ Bobo or Roger Federer. We get it, though, Roger is a cool guy!

They teach children skiing at birth. OK, that’s an exaggeration, but some Swiss kids start skiing as early as three years old! You can never be too early, right?

They vote for e-v-e-r-y-thing. All decisions are created equal, so they must vote on all of them...

The unclear greetings - between hugs, handshakes and three kisses, many of us get mixed up!

There's always room for cheese. Not that we are complaining, but wow, lots of cheese!

Soldiers keep their guns at home in case war breaks out. Yeah, that’s quite something!

The Swiss sort of have two capital cities. At least it would seem like Zürich and Bern are both capitals, but in reality it's just Bern.

Strangers will greet one another in the mountains. In fact, it is rude by the Swiss to pass a fellow hiker without saying Grüezi. Greeting everyone in the city would be strange, on the other hand.

Many of them speak Swiss German, a dialect without official spelling rules. What? Something Swiss without rules?

Did we miss any Swiss quirks? Please do tell in the comments!

Fungai is a blogger based in Zürich Switzerland and originally from Zimbabwe. She loves to write and to celebrate the differences that make people who they are. Fungai is also passionate about Gaelic Football, Swiss Cheese, English Breakfasts and African sunsets. 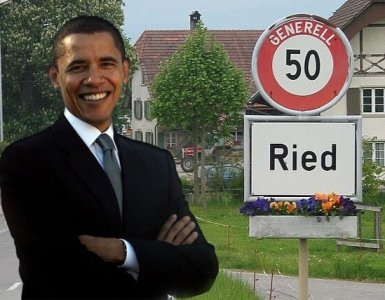 As a reader of Newly Swissed, you are among the first to find out about a surprising revelation by the Swiss village of Ried! This is no joke but apparently, they had long suspected to be the origin...

Let's "square" away the most interesting fact about the Swiss flag: it's the only national flag that's square instead of rectangular!

Manage Cookie Consent
To provide the best experience, we use technologies like cookies to store and/or access device information. Consenting to these technologies will allow us to process data such as browsing behavior or unique IDs on this site. Not consenting or withdrawing consent may adversely affect certain features and functions.
Manage options Manage services Manage vendors Read more about these purposes
View Preferences
{title} {title} {title}
1K Shares
Share1K
Tweet3
Share
Pin
WhatsApp