How can one get so much bang for the buck in a single trip?

We wanted to find out, so we embarked on this unique rail tour that strings together all the highlights of Graubünden in Eastern Switzerland. Offered by Rhaetian Railway, the Alpine Cruise hits the zeitgeist, too: touring is a major tourism trend!

By packing several highlights into a single tour, FOMO becomes a thing of the past. It feels very good to know that we won't miss out on any sights to the left and the right.

It is also home to the Rhaetian Railway Albula Line, a scenic train route of epic proportions that was completed in 1903. Since this line defies the odds by navigating from valley to peak, it is considered a UNESCO World Heritage site.

The Alpine Cruise railway journey seems like a convenient way for us to tick several boxes off our Graubünden bucket list. The major sights covered are the Swiss National Park, the Diavolezza glacier experience, the Landwasser Viaduct, and the Rhine Gorge.

Think of this experience as the world’s most sustainable cruise: while it moves on rails instead of the sea, Rhaetian Railway is entirely run by hydroelectric power!

And just like on an ocean cruise, the luggage travels along. Each morning at check-out, we dropped our suitcases at the reception for that they would magically re-appear at the next hotel.

Let's take a look at the highlights on the Albula Line

For the planning of our very own Alpine Cruise, we hover over a large map of Graubünden. One by one, we point out the highlights we have yet to see with our own eyes: the Kirchner Museum in Davos, the Landwasser Viaduct, and the eternal ice on top of Diavolezza.

We start our rail journey in Landquart, and our first destination is Davos. Hotel Grischa is located right by the Davos Platz train station, allowing us to drop our bags and start exploring.

If there is ever a resident synonymous with Davos, it is Ernst Ludwig Kirchner. During the turbulent times of World War I, the German expressionist painter chose Davos as his sanctuary. Kirchner completed his life's work there between 1917 and his death in 1938. His paintings are inspired by Davos, the mountains, and the life of the locals at the time.

The Kirchner Museum in Davos has been on our radar for a long time. It is a unique opportunity to see a major artist’s work in the very place it was created. We follow Kirchner’s trajectory inside the modern museum and learn a lot about his mindset. A temporary exhibit covers the history of Davos as a rehab destination, the very reason Kirchner sought this town in the first place.

The next morning, a Saturday, we rise early to get ready for a small adventure. We are going to travel onward in a historic Rhaetian Railway train. In Filisur, about halfway to St. Moritz, we are finally going to see the Landwasser Viaduct.

Open-air coaches are attached to the historic composition as long as the weather allows. We get very excited when we spot the train waiting at Davos Platz. And we are glad to have arrived ahead of the departure; seats are filling fast on this sunny morning.

After inspecting the luxurious first-class coach, we decide to feel the wind and sit in the “convertible” car. It is a special experience to zip across the countryside with the top off! But we did not realize that there were more than a dozen tunnels during the 40 minutes to Filisur. (It seems like we are squinting our eyes a lot...)

The Landwasser Viaduct, completed in 1902, is an enormous stone arch bridge along the Albula Line. We have crossed it by train on numerous occasions. Usually seated in the back, we love watching how the front of the train slowly curves and disappears in the tunnel.

But today, we will see this UNESCO World Heritage site from a new vantage point.

Two popular viewpoints present all the action, and both are accessible from the Filisur train station. The first is an elevated lookout point above the cantonal street, and the other is in the valley below at the Landwasser River.

Our schedule is a bit too tight for the 45-minute hike to the bottom of the viaduct. So, we embark on the Landwasser Viadukt Express, a tourist train that gets us there in about 20 minutes.

It feels slightly awkward for us hikers to ride in this choo-choo train, but it does save us precious time. An added benefit of the shuttle is the timing: it gets us to the viaduct just in time to view two train compositions before returning to the Filisur station.

The viaduct serves multiple trains every hour: some leave the tunnel (coming from St. Moritz), and others cross the viaduct in slow motion before disappearing into the tunnel. What a sight!

And a fun fact for comparison: at 65 meters, the viaduct is as tall as the famous central tower of Angkor Wat in Siem Reap, Cambodia.

The Lakes of St. Moritz

Our second hotel is in St. Moritz: Hotel Reine Victoria. This Belle Époque grand hotel sits at lake level, a bit away from the train station. But there is a courtesy shuttle transfer - and our luggage is already waiting with the clerk.

The Reine Victoria is full of surprises. For one, we get to pick one of several restaurants for the half-board dinner. (We pick Italian - a great choice.)

There is no hotel spa right on the premises. But a 30-second walk across the street is OVAVERVA, the St. Moritz public spa. And as hotel guests, we have free access to all the saunas, steam baths, indoor and outdoor pools! You really can't beat this.

And we are just steps from the beautiful Lake St. Moritz with its hiking trails:

On our last day, we are geared up for a day in the beautiful Engadine. We are going eye-to-eye with a magnificent glacier at Diavolezza. To our great surprise, the train stops at the cable car station, making the transfer as smooth as possible.

We reach the top at 2973 meters above the sea in a short time. Look at this view!

From the lookout platform, we have unobstructed vistas of some of the highest peaks in the region, including the 4k Piz Bernina. The eternal ice of the Morteratsch glacier stretches before us, and we are speechless.

Legend has it that a she-devil once petrified any young hunter who had set his eyes on her while she was taking a bath in a glacier lake. When Diavolezza, as was her name, got a hold of handsome Aratsch, he never made it back to town.

Her wailing voice was heard near and far, giving birth to the Morteratsch glacier we can still see today: “Mort Aratsch - Aratsch is dead!”

Gazing at this glacier in the middle of summer, a feeling of awesomeness overcomes us. And we are reminded of humanity’s great responsibility to preserve Mother Nature for generations to come.

Ready to hop onboard and start touring? Leave a comment to let me know which highlights you ended up visiting!

(Disclaimer: For this review, Graubünden Ferien has sponsored two Alpine Cruise packages, including hotels with half-board, as well as luggage transfers.) 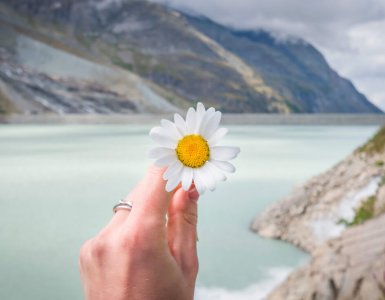 Why the Saas Valley is the ultimate Swiss Alps experience

Most of us know Zermatt with its famous Toblerone mountain. But just around the corner, a wild valley hides an adventure wonderland: the Saas Valley... Our trip to the Adventurly bubble suite hotel in Graubünden was an incredible adventure. As one of Switzerland’s top museums, the Swiss Museum of Transport attracted more than 850’000 visitors in 2017 – that's roughly five visitors...

Manage Cookie Consent
To provide the best experience, we use technologies like cookies to store and/or access device information. Consenting to these technologies will allow us to process data such as browsing behavior or unique IDs on this site. Not consenting or withdrawing consent may adversely affect certain features and functions.
Manage options Manage services Manage vendors Read more about these purposes
View Preferences
{title} {title} {title}
176 Shares
Share142
Tweet8
Share
Pin26
WhatsApp