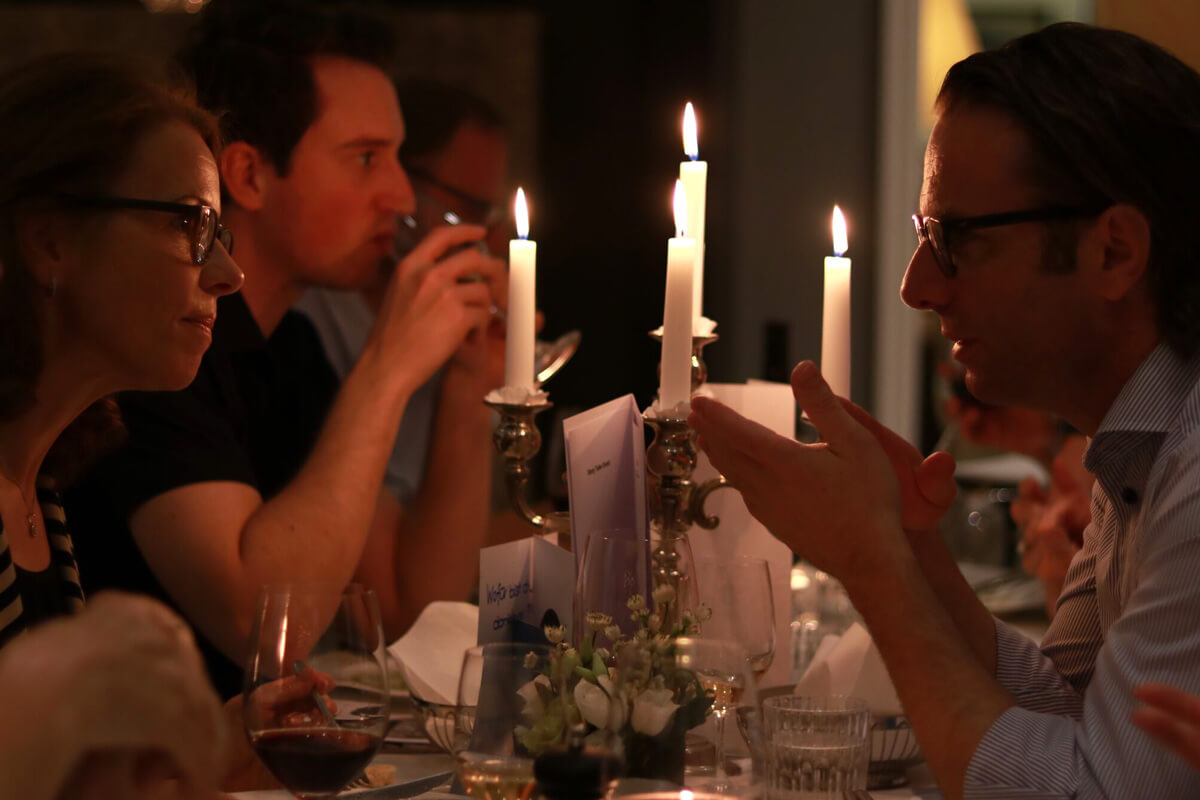 When I was growing up, we used to eat dinner together as a family.

We would sit around the table in the kitchen. There would be no TV, no radio and definitely no mobile phones in the room. It was the time before “cell phones”, as we would call them in Canada, became ubiquitous. In fact, my parents made us tell our friends that they were not to call the house during dinner time.

At the dinner table, we would talk about our day. My dad would tell us about the latest home he was finishing. My mom would update us on the latest happenings in the community. And us kids, we would talk about what we did at school. When I was in high school, our table would have a guest at it almost every other night. It was a place for telling stories, knowing that at least four or five people would hear them.

About the importance of hospitality

In the words of Michael Hebb, "the table is a very intentional space created for a communal act of eating together. It's a pretty wild development in human history."

The act of eating together also created a theatre for speaking with each other. It was around the symposium table that the ancient Greeks philosophized about government, justice, and love.

Many cultures place importance on hospitality. The Greeks called it Xenia, and in German we say “Gastfreundschaft.” Hospitality used to be of particular significance to travelers who would often need to stay with strangers. Xenia for the Greeks always included a meal and the exchanging of gifts. Once his guest had eaten, the host and his Xenos would converse at the table. The guest would talk about his reason for traveling and about adventures while on the road. The host would talk about his Oikos (home), city, or state.

Today, we still do much business over a nice dinner and a glass of wine. Yet, with the proliferation of our digital doppelgängers in full swing, we no longer regard the table as a place for meeting strangers and exchanging stories. No, we often end up sitting with a plate in front of us and our faces buried in a little five and a half inch screen. We are talking at the world.

What is a Story Teller event all about?

With this problem in mind, Swiss radio host Sandra Schiess has started organizing Story Teller evenings at the stunning hotel Vitznauerhof. The name "Story Teller" is a creative play on the English "Storyteller", as well as on the word combination of the English word "Story" plus the German word "Teller" (plate). Sandra found out about this concept from Katrin Frische who has been organizing such events in Germany. They are about bringing strangers together around a table and having them speak to each other with the help of intriguing questions. After a brief exchange, Katrin volunteered to support Sandra's quest to bring the concept to Switzerland. Sandra also found enthusiasm from Raphael Herzog, head of the picturesque Vitznauerhof at Lake Lucerne.

Putting it into practice...

With explicit instructions to turn off our mobiles, ten of us gather in a room at the hotel with views looking across the lake to the Bürgenstock. As the sun breaks through the clouds of the recent rains, we sip on Franciacorta to loosen our lips and introduce ourselves.

Shortly afterwards, we take our seats at the splendidly decorated table. (There are five chairs on each side of the table.) The person sitting across from you would be your storytelling companion for the length of one course.

Along with carefully prepared dishes from the Sens restaurant kitchen, there are two questions to ask each other to start the conversation. What one realizes is that this occasion is not a broadcast-only event, like so many social media themed nights tend to be. No, it is as much about listening as it is about speaking.

Questions like "Where do you see yourself in ten years?" and "What's a relationship that has changed your life?" take the guests down different avenues of thought. Asking follow-up questions keeps the conversation going and shows that the listener is interested.

When you see the person you are conversing with and see how they pause to think about their next sentence, or wink after making a statement, you better understand what they are saying than if they had only written it down. Then, of course, you can ask for clarification if the connection between two points seems mute or if you want the background on a specific train of thought. When you read about the Story Teller event, it might sound somewhat forced. "Why do I need to speak with strangers?" or "Is sitting together with strangers at dinner not just another shot against technology and the way we communicate today?" you might ask yourself.

Here is my take on it: Social media, despite the option for "likes" and "comments", is a broadcast heavy medium. Seldom do discussions evolve or are elaborations offered on what might seem minor talking points. The story is therefore often missing. We have poorly thought out 280-character tweets that provide a glimpse into someone's thoughts but usually lack context or understanding.

When you have a conversation with someone and look them in the eyes, you are much more empathetic, curious, and respectful. The Story Teller evenings bring new people into the guests' lives and just as such open new worlds.

This exercise in storytelling and listening is useful for work, too. The skills are also essential if one wants to be a good citizen. With the overflow of information we are experiencing today, and multi-screen lives we all lead, the Story Teller evening challenges us to slow down, think, compose and actively listen.

I do not believe there is anyone out there who could not use more practice in these skills. If you are interested in the Story Teller event series, you can discover when the next one is happening on Sandra's website. Conversations are held in German. There is a great deal to be said about city rivalries. Most countries have a city that people have a love-hate relationship with: New York, Toronto, Berlin... ICONSPEAK is a New Language Invented in Switzerland

Have you ever felt completely hopeless in a foreign country, not understanding a single word? ICONSPEAK is a new language...

World Radio Switzerland caters to the English speaking population in Switzerland, as well as to the Swiss Abroad community. WRS is a government funded service to the public, and it is about...

Manage Cookie Consent
To provide the best experience, we use technologies like cookies to store and/or access device information. Consenting to these technologies will allow us to process data such as browsing behavior or unique IDs on this site. Not consenting or withdrawing consent may adversely affect certain features and functions.
Manage options Manage services Manage vendors Read more about these purposes
View Preferences
{title} {title} {title}
15 Shares
Share13
Tweet2
Share
Pin
WhatsApp