Nothing delivers the Christmas spirit more effectively than the merchandising that shows up in stores in September.

It is a wake-up call like no other when clearanced beach balls are being replaced by reindeer cookie cutters and decorative items with jingles on them. Come November when television advertisements featuring Santas and sleighs or cheerful family meals take over the air waves, there is no turning back: Christmas is just around the corner.

Persoenlich.com is a popular Swiss publication for the creative industry. They have analyzed seven Christmas commercials that have hit screens across Switzerland this season.

Here are their ratings of Swiss Christmas commercials – freely translated into English with added comments:

The protagonist in this spot is real-life Günter. He invites viewers to listen to the story of how he became homeless – and found a home again. Sozialwerke Pfarrer Sieber runs a renowned homeless shelter, and they deserve the top spot for telling this authentic and honest story during this time of excess.

This cinematic spot has gone viral on social media. To date, this bittersweet story for Swiss photo printer ifolor has been viewed 2.75m times on YouTube…

Why would a clip about the Swiss electorate make this list? It contains not a single Christmas-y reference. After it was revealed that this video by watson.ch was actually sponsored, it stirred quite a debate: Is it legit to conceal the sponsor when the topic is so obviously political? To date, the clip has been viewed less than 6000 times on YouTube, so it is questionable whether the investment was worthwhile for Microspot…

Here is one Swiss business which did not jump on the Christmas jingle bandwagon. It feels refreshing to watch this simple yet funny story. "Giant Christmas“ transports the simple truth that there is no bigger present than just the right one.

Under the theme of "giving joy", Zürich agency Havas Worldwide has produced a cross-media campaign for Coop. Starting in November, the grocery chain has handed out audio CD's containing Christmas songs.

The stars? Schwiizergoofe, the most popular Swiss children's choir. The four part TV commercial tells the (slightly bizarre) friendship story of Amélie and her reindeer.

There are some earworms we don’t mind, and last year’s Christmas jingle by Migros is one of them. No less than 23 Swiss artists have jumped on board „Ensemble“ this time around to ask the public for donations. During a time when every other business is trying to push sales, Migros deserves some credit for this rather gutsy move.

The new clip seems to work, but in the end, it is more of the same. Sort of like a broken record.

The Swiss lottery is known to have a sense of humor. The core message of their commercial: By purchasing a lucky „million franc" ticket, you could celebrate Christmas up to 24 times in December...

For any Swiss viewer, it is very obvious that this commercial must have either been purchased from abroad, or the producers did not do their homework. Santas coming down the chimney, "ho, ho, ho", is about as much American as it gets. Where's the Swissness in this?

One of the most successful TV spots in Germany this season is by EDEKA. Their story of „coming home“ shows a senior who is faking his own death in order to bring the family together. It is truly gut-wrenching to watch and it comes to no surprise that the clip has been watched 43m times... 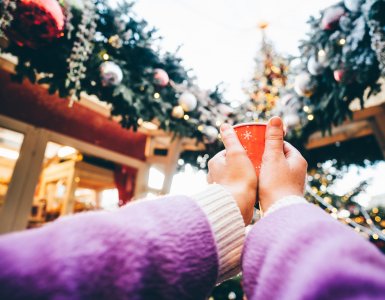 It's possible to visit a Swiss Christmas market or a holiday event this year. Here's our up-to-date list of all the events taking place. 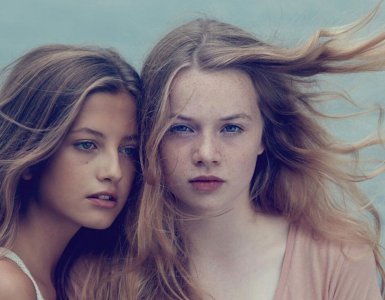 First screened at the Zurich Film Festival, "Blue My Mind" has received the Golden Eye Award and the Critics Choice Awards... Manage Cookie Consent
To provide the best experience, we use technologies like cookies to store and/or access device information. Consenting to these technologies will allow us to process data such as browsing behavior or unique IDs on this site. Not consenting or withdrawing consent may adversely affect certain features and functions.
Manage options Manage services Manage vendors Read more about these purposes
View Preferences
{title} {title} {title}
228 Shares
Share222
Tweet
Share6
Pin
WhatsApp