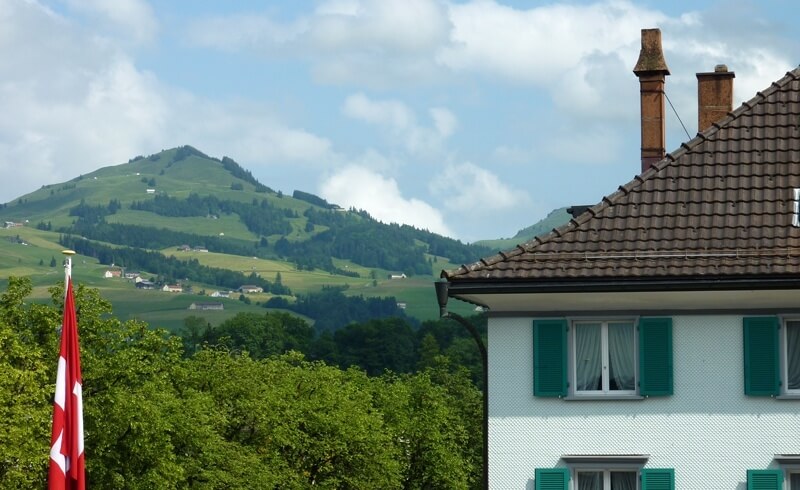 When examining the idea of Western culture, especially in its present form, many hark back to the Athenians and the world’s first democracy. In their argumentation, it is often forgotten how short lived this period was, and how many people were not allowed to vote in ancient Athens. Nonetheless, the ancient polis, which gave us our verbiage for discussing politics, is the model on which the West has built its democracies.

Old Switzerland and Ancient Greece have many Similarities

Despite not being nestled on the jagged cliffs of the Aegean, nor being within reach of an imposing Persian empire, Switzerland did have similarities with ancient Greece over 700 years ago.

The mountainous terrain offered few natural resources for mass exports. The valleys separating settlements promoted the advance of many unique (yet similar) cultures. And lastly, though they were not the Persians, the Habsburg Empire posed its own unique threat to the pastoral way of living that was cultivated around the shores of Lake Lucerne. 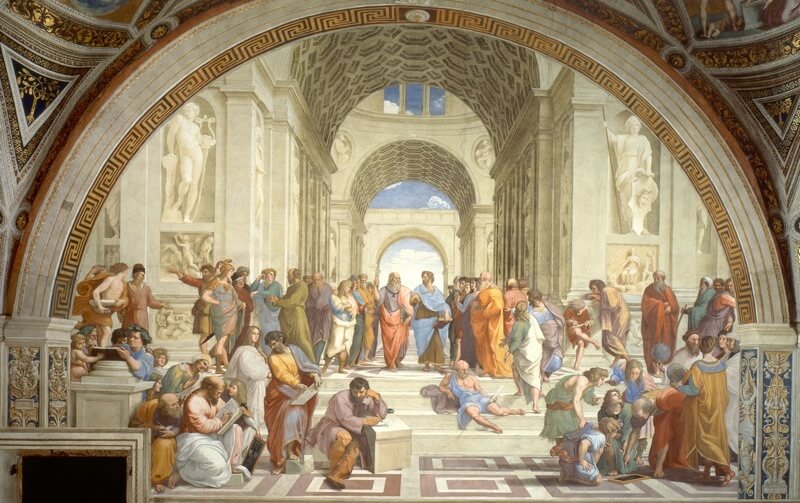 The Long Tradition of Swiss Democracy

Since the three cantons of Schwyz, Uri and Unterwalden first came together to form a confederacy in 1291, Switzerland (the Swiss confederation) has stood as one of the longest existing democracies in the world. That is as long as one does not completely dissect the reality of who could vote on political change in each of the confederating cantons... Whether it was landowners, nobles, or guild members: Voting took place, and there was no king or emperor.

The current system of direct democracy only came into existence as part of the 1848 constitution. From that point in history, it took another 123 years for women to get the right to vote in Swiss federal matters, and it wasn’t until 1990 that the women of Appenzell Innerrhoden were allowed to vote.

The Problem with Democracies

A recent article in the Economist was dedicated to the troubles of democracy. Despite the claims of many Swiss and political reformers around the world espousing how well Swiss democracy functions, it, too, has its weaknesses and problems.

Recent referenda on issues ranging from minarets, the deporting of criminals, and the imposing of quotas on the number of people allowed to enter Switzerland to live and work from the EU, have all been putting Swiss democracy to the test.

As Winston Churchill once said, "Democracy is the worst form of government, except for all the others."

In defense of our democracy and the knowledge that democratic decisions are not always the right ones (but that a democracy allows for them to be corrected), the Swiss commentator Markus Notter wrote in the Neue Zürcher Zeitung (NZZ): "Die Mehrheit hat eben nicht immer recht. Sie kann irren. Deshalb gehört es zur Demokratie, dass man sich korrigieren kann. Vor allem dann, wenn die Auswirkungen eines Entscheides besser beurteilt werden können." ("The majority isn’t always right. They can be mistaken. That’s why a part of democracy is the ability to correct itself. Especially when the results of a decision can be better judged.") Dwindling Number of Voters in the Helvetic Republic

Whether one praises or finds faults in the democratic system, one thing is for sure: It requires citizens to play an active role and be political creatures - as Aristotle would have us believe. And this is where democracy in Switzerland faces a problem.

While lobbyist pandering politicians in the US (and especially in the Republican Party) are busy gerrymandering their electoral districts and trying to disenfranchise the poor, the Swiss have grown tired of their democratic obligations.

With only about 49% of registered Swiss voters actually voting, mobilizing citizens in the Alpine nation to go cast their votes proves difficult. In 1947, two years after the Second World War ended, about 72% of Swiss cast their ballots. A low point was reached in 1995, when only 42% of Swiss found their way to the urns to cast their ballots.

In recent years, several factors have caused a reactionary growth in political activity (mostly on the right hand spectrum): Switzerland's economic success, the fear of losing what has been amassed, and the growing international attacks on Switzerland's unfair and opaque taxation and banking policies. But a 50% voter turnout is still not the kind of participation rate that a truly effective democracy should have.

In fact, the recent passing of the Einwanderungsinitiative with 50.3% of the 49% voter turnout means that actually only about 25% of the electorate voted Yes. It was quite a loss for the No campaign and a sign that more needs to be done to ensure that people engage in politics which will ultimately shape their country, its economy and in the end their lives. Vote or Pay a Fine in Schaffhausen

The ancient Athenians understood that being a citizen was not merely a right, but carried with it a duty. In fact, without going on a larger tangent, there is a lot that present day Western culture could really learn from closely examining ancient Greece instead of just cherry picking basic information to defend present politics and culture. In ancient Athens, all citizens were obliged to take part in political assemblies and vote, with fines being issued to those who did not.

Taking a chapter from the Athenians, the canton of Schaffhausen also fines registered voters if they do not cast a ballot.

Up until 1973, the fine was 1 franc. Then it was raised to 3 francs, and this past week the cantonal parliament decided to increase it to 6 francs. Some even argued for 10 francs while others demanded the total abolishment of the fine. In the end and in true democratic fashion, the electorate will decide on whether the 100% increase is implemented or not.

Those not casting a ballot without a valid reason will be charged at least 3 francs though - either way.

A Fee or a Fine, that's the Question!

Some argue that the fee of 3 francs is merely an administrative fee. Thus, it should not be increased as the goal for the state is not to gain financial profits from it. Others suggest that it is a penalty. And yet others say that the law is not correctly enforced and should be dropped altogether. No matter what the politicians want to call it, most citizens see it as a fine and a form of state coercion to get people to vote.

In reality though, a 3 franc fee in a country with some of the world’s highest wages is laughable.

"Forcing" citizens to vote may sound anti-freedom and anti-democratic, but when one really thinks about it, it simply asks citizens to take responsibility for their role in actually making up a democracy. A democracy ruled by a minority can quickly turn into an oligarchy, and from there into a tyranny, even if there are institutions in place to allow everyone a voice.

Just like the Swiss are some of the world's most diligent homeowners and landlords constantly doing maintenance work and upgrading their homes, the same diligence is required to keep a democracy running. Democracy requires upkeep through active participation. Without that it ceases to work.

Looking back on the ancient Greeks and especially Aristotle, we can read that: "To live in accordance with the constitution must not be seen as a form of slavery but as salvation." (Aristotle, The Politics, 1310a 25-36).

The Serendipity of Being Swiss (and Its Obligations)

With the idea of democracy and political freedom entailing a degree of obligation without which it ceases to exist, it makes sense that voting be enforced. In a country with a direct democracy, political power is still held by the people. It is their duty to ensure they stay politically informed and active if they are to make the right decisions.

As of late, a politics of fear, apathy, and misperception have come to shine in Swiss referenda. Almost echoing the words of Cecil J. Rhodes when he said: "To be born an Englishman is to win first prize in the lottery of life", acknowledging that where we are born may come with advantages, the Swiss writer Jonas Luetscher wrote last year after the referendum on limiting asylum seekers: "Eines sollten wir nicht vergessen: Schweizer zu sein, ist keine Leistung, es ist ein Zufall, der gnädige Zufall der reichen Geburt." ("One thing we should remember: To be born Swiss is no feat worthy of merit, it’s a coincidence, the fortunate serendipity of being born into wealth.")

Being a citizen of Switzerland carries with it responsibilities that must be performed, which include voting. To fail to heed these is to voluntarily partake in the destruction of the Swiss democratic institution.

In this regard, the Schaffhausen cantonal parliament is correct to levy a fine on those not voting. 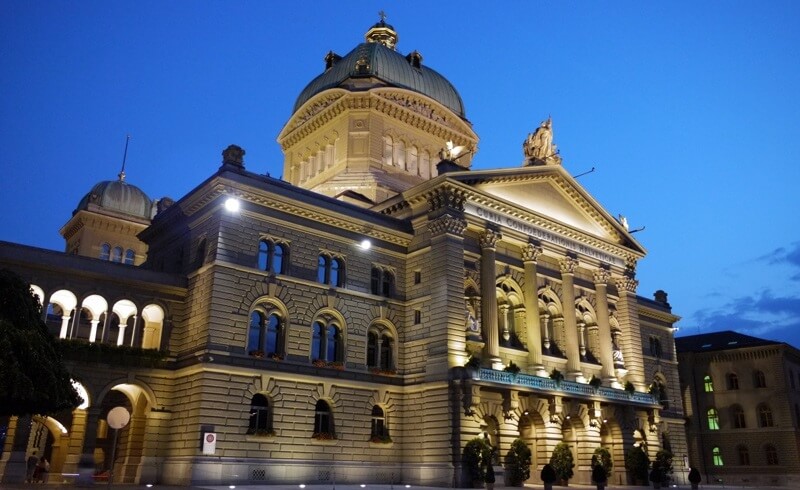 5 Ways to Relive the Beginnings of Swiss Tourism

Nowadays, the term "Swiss tourism" has become synonymous with breathtaking sceneries and an incredible lifestyle which is here to be embraced... If you love cultural diversity, you’ve got to love Switzerland. Among only 8 million residents, 25%+ of whom are immigrants, we have four official languages, at least 18 types of cheeses...

Manage Cookie Consent
To provide the best experience, we use technologies like cookies to store and/or access device information. Consenting to these technologies will allow us to process data such as browsing behavior or unique IDs on this site. Not consenting or withdrawing consent may adversely affect certain features and functions.
Manage options Manage services Manage vendors Read more about these purposes
View Preferences
{title} {title} {title}
32 Shares
Share18
Tweet7
Share3
Pin4
WhatsApp