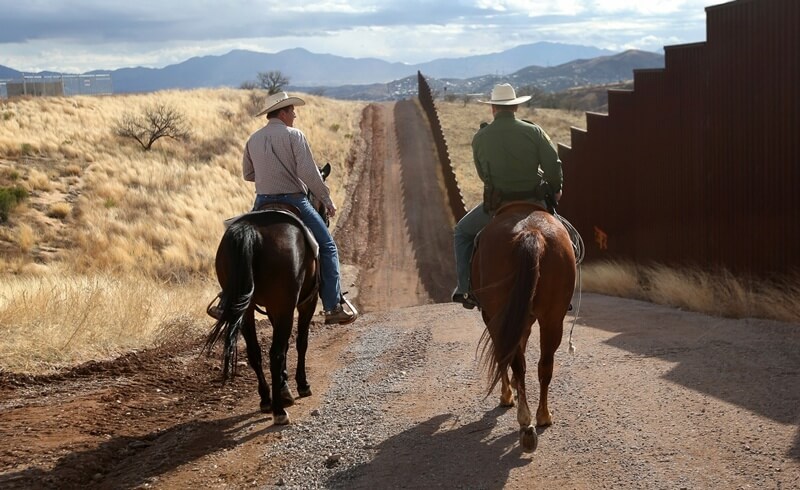 As established constitutional democracies, Switzerland and the United States have a track record of exchanging ideas and adopting each other's policies. Consider 1787, when the founders of the American republic were inspired by Switzerland's system as they were drafting the Constitution. On the other hand, Swiss lawmakers looked across the proverbial pond for guidance on their own federal constitution in 1848.

And in more recent history, Switzerland has adopted the credit system of American universities. In turn, ObamaCare, the current president's law to socialize the country's health care, is said to be loosely based on Switzerland's system.

The Transient Issue of Immigration

Now we appear to be at the brink of another milestone in history where the sister republics must peek over each other's shoulders. The topic is on immigration. Undeniably, the prosperity of both republics' economies depends on a net immigration flow.

While the United States prides itself as a "Nation of Immigrants" - Switzerland, not so much. At least not officially. However, statistics show that in 2012, the Alpine republic had a net immigration of 45'170. In other words, more people received some form of residency than left the country.

This would explain why Switzerland has moved to a system of open borders towards most E.U. citizens. Just in the year 2000, a majority of 67.2% of Swiss citizens have voted for a "bi-lateral" agreement".

Meanwhile, the U.S. maintains stricter enforcements. Back in the day, immigration could be more easily handled as newcomers entered through one of just a few ports. But today, the far stretched borders with Canada and Mexico pose a more difficult task.

Finally, any major changes in immigration policy require a popular vote in Switzerland - such as this weekend's. In the United States, immigration policies are decided not on a local or state level, but by the national government.

As has been the case in the past months in the U.S., any major changes to a - let's be honest - broken immigration policy have been stalled by the Republican party. In order to implement a more moderate policy which would grant eventual residency to those who have been living in the country illegally, a spark of direct democracy à la Switzerland might help.

Uncertain Impact of the Immigration Vote on Swiss Economy With the narrow passing of the Swiss referendum to cap immigration, it is tough to forecast what is going to happen to the Swiss economy in the near future.

On many accounts, the current Swiss immigration policy was far from broken. But now, the federal council and the parliament will need to come up with an alternative, including annual immigration caps and limits on working permits.

Sure, the procedure of setting those limits is normal in many other countries, so hopefully politicians will find a balance where immigration can be maintained at a healthy level. As Swiss Justice Minister Simonetta Sommaruga has indicated, a framework geared towards quality rather than quantity might be the golden goose. For instance, Canada rewards educational achievements, language skills, or work experience in a point system.

As for Swiss foreign relations, especially with the surrounding partners of the European Union, this change in direction could prove to be disastrous - or challenging at best. The European Union has indicated that should Switzerland enable immigration caps for EU citizens and therefore cancel out the bi-lateral agreement, cooperation on an economic level (including exports) could be harmed.

(This post is inspired by the opinion piece "Migration policy debates in the USA and Switzerland" by Drew Keeling, which was translated to German for Tages-Anzeiger; photograph copyright by Keystone)

Does Switzerland trust pilots or politicians?

These days, it sure pays to have a life-saving job in Switzerland! At least this is what the annual Reader’s Digest survey of some 33'000 Europeans in 16 countries has just revealed... Manage Cookie Consent
To provide the best experience, we use technologies like cookies to store and/or access device information. Consenting to these technologies will allow us to process data such as browsing behavior or unique IDs on this site. Not consenting or withdrawing consent may adversely affect certain features and functions.
Manage options Manage services Manage vendors Read more about these purposes
View Preferences
{title} {title} {title}
52 Shares
Share40
Tweet11
Share1
Pin
WhatsApp