When visiting a Swiss museum, it's often that I discover a fascinating building housing the collection. Now that the nationwide lockdown is loosening, many Swiss museums will be reopening starting May 12. (Please do check the opening times online in order to avoid disappointments.)

Now, follow me on a visual journey as I present you 10 Swiss museums that have especially beautiful architecture:

In 1898, the original museum building was constructed in the historicist style by Gustav Gull. Located on a peninsula between the rivers Sihl and Limmat, it is even surrounded by a park.

The architecture of the Swiss National Museum with its towers and courts reminds me of a French Renaissance château. The modern, new building by the Basel architects Christ & Gantenbein pictured above adds an additional connecting wing, making a tour of the entire museum possible for the first time. The new wing was opened in 2016 after 15 years of planning and construction.

The Johann Jacobs Museum is located inside a former private residence. Villa Ernst was built in 1913 by the architect Otto Honegger for the entrepreneur Fritz Ernst-Curty.

In the early 1980s, the mansion was remodeled into a museum for the Jacobs Suchard Museum. And finally in 2013, Miller & Maranta redesigned the space. In particular, they added a beautiful, fluid staircase in the entrance area that reminds me of Gaudi and the early 20th century every time I see it. 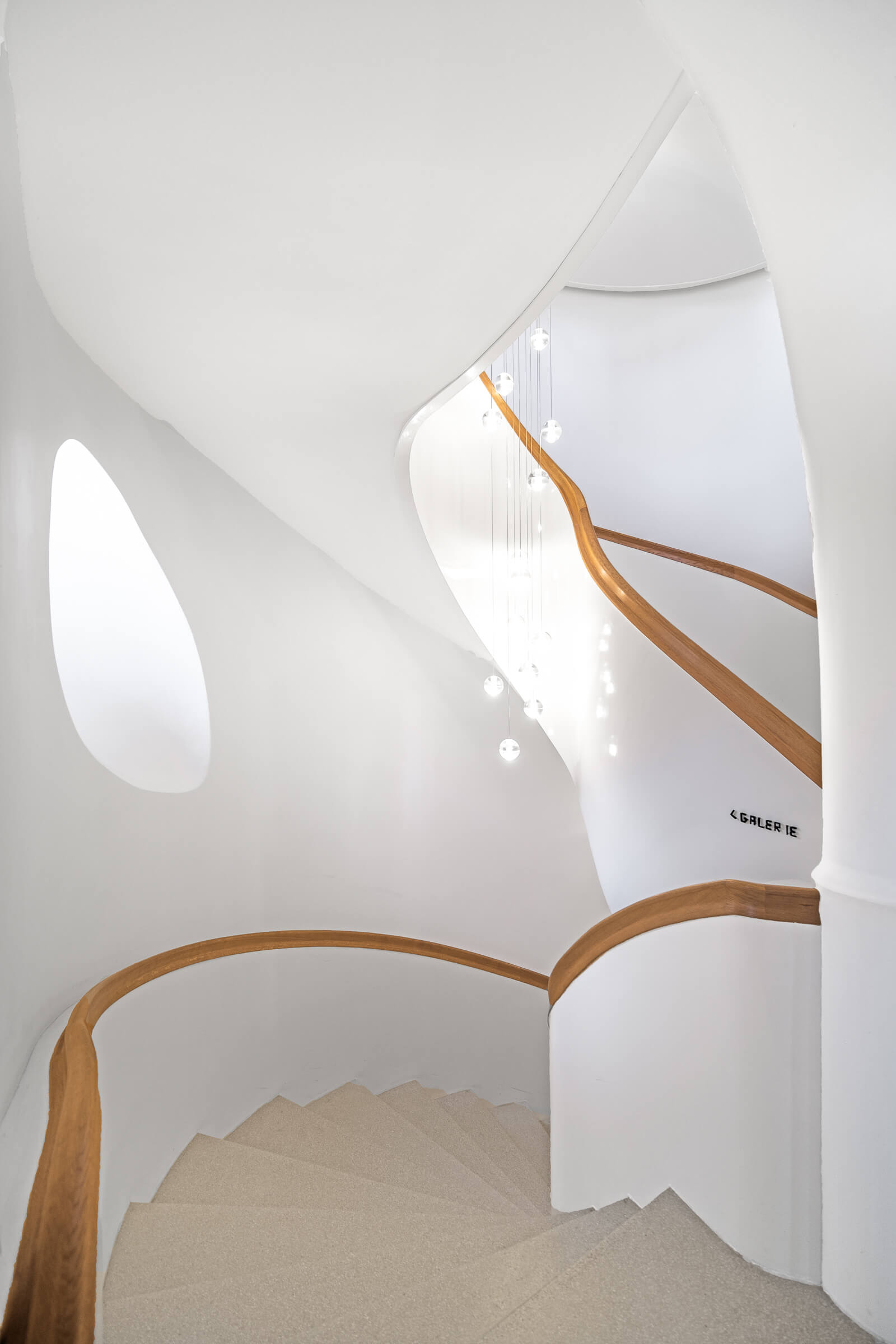 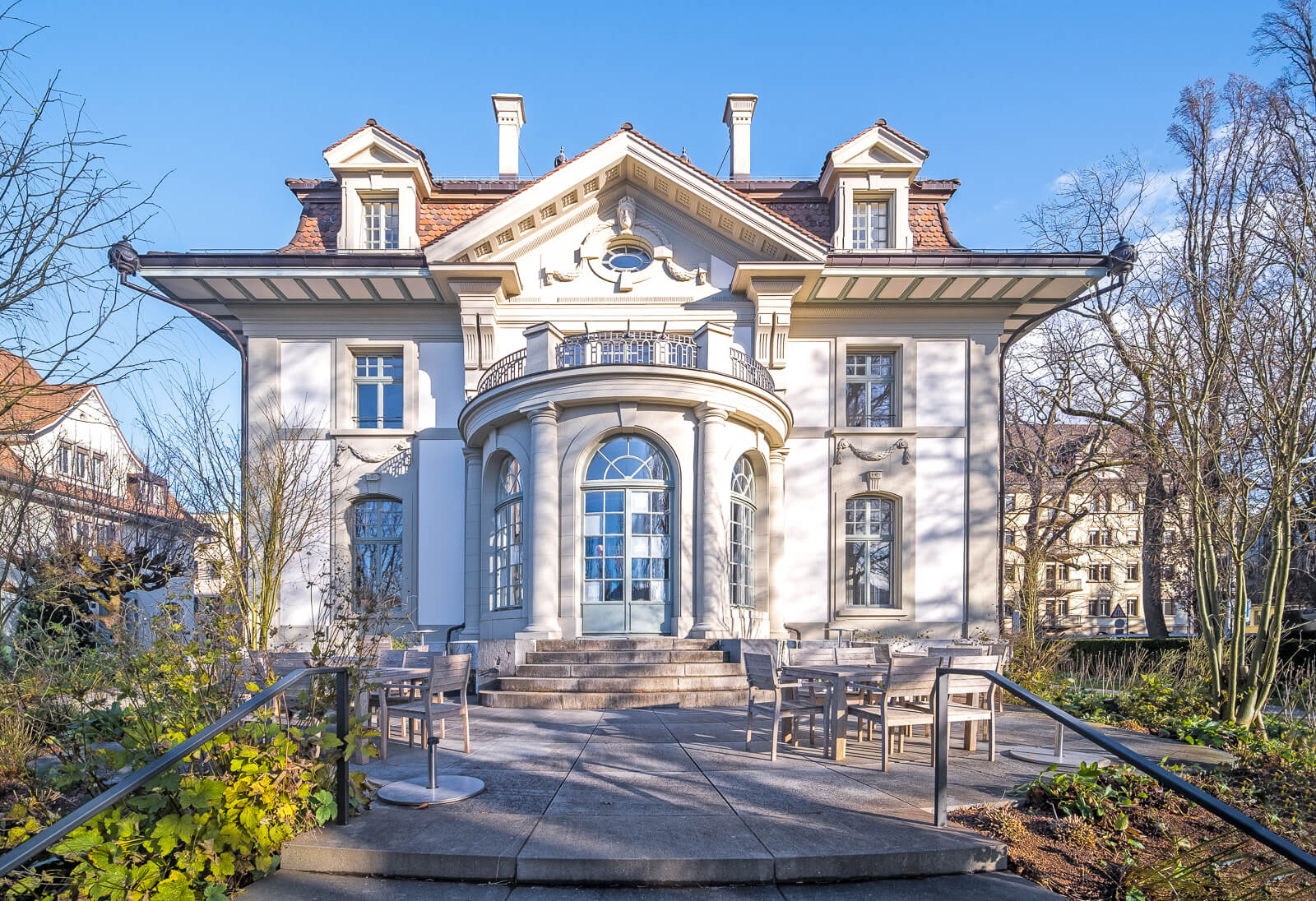 The MEG in Geneva

The MEG, short for "Musee d'ethnographie de Genève", was founded in 1901. In 1939, it moved into the unused buildings of the Mail primary school at the boulevard Carl Vogt.

The current building was designed by Graber Pulver Architekten AG and opened on October 31, 2014. In an unusual use of the space, the exhibition rooms are all located in the basement. On the top floor is the Marie Madeleine Lancoux library with its wonderful cathedral ceiling. The Musée Ariana was founded by Gustave Revilliod in order to display his large collection. In 1876, he acquired a huge estate. Revilliod also secured the services of architect Emile Grobety who became so overwhelmed by the scale of the project that Jacques-Elysee Goss replaced him.

The museum opened its doors to the public in 1884. Today, the sheer size of the main hall amazes me and looking up to the ceiling is almost dizzying. 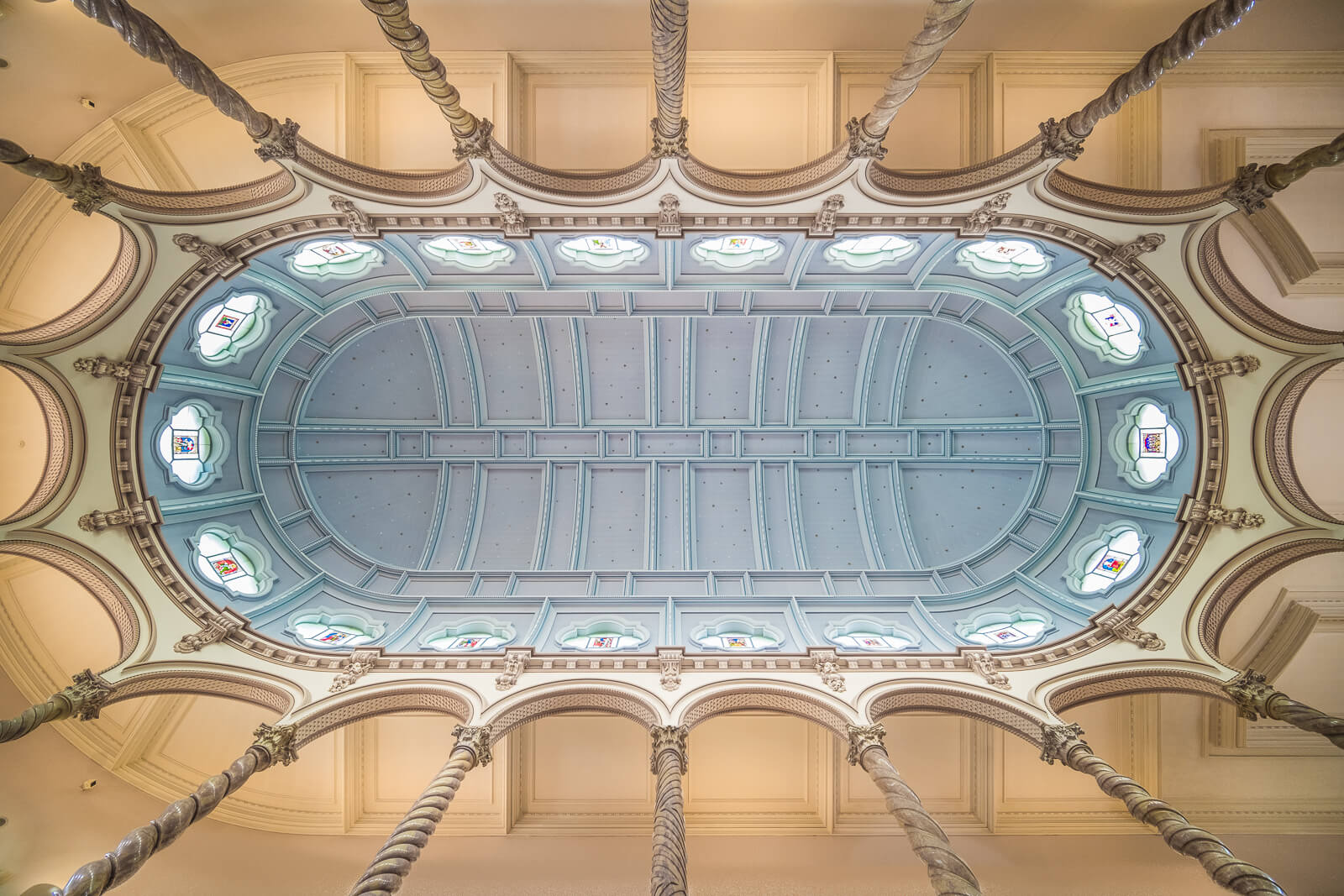 The Kunstmuseum Luzern was opened in 1933, later than the art museums in other Swiss cities. It was housed inside the old art house and congress center built by Luzern architect, Armin Meili, who oversaw its expansion in the 1970s.

In 1991, the building complex between Lucerne's train station and the lake was declared "not worthy of monument protection" and then replaced with the new KKL by Jean Nouvel that opened in 1996. 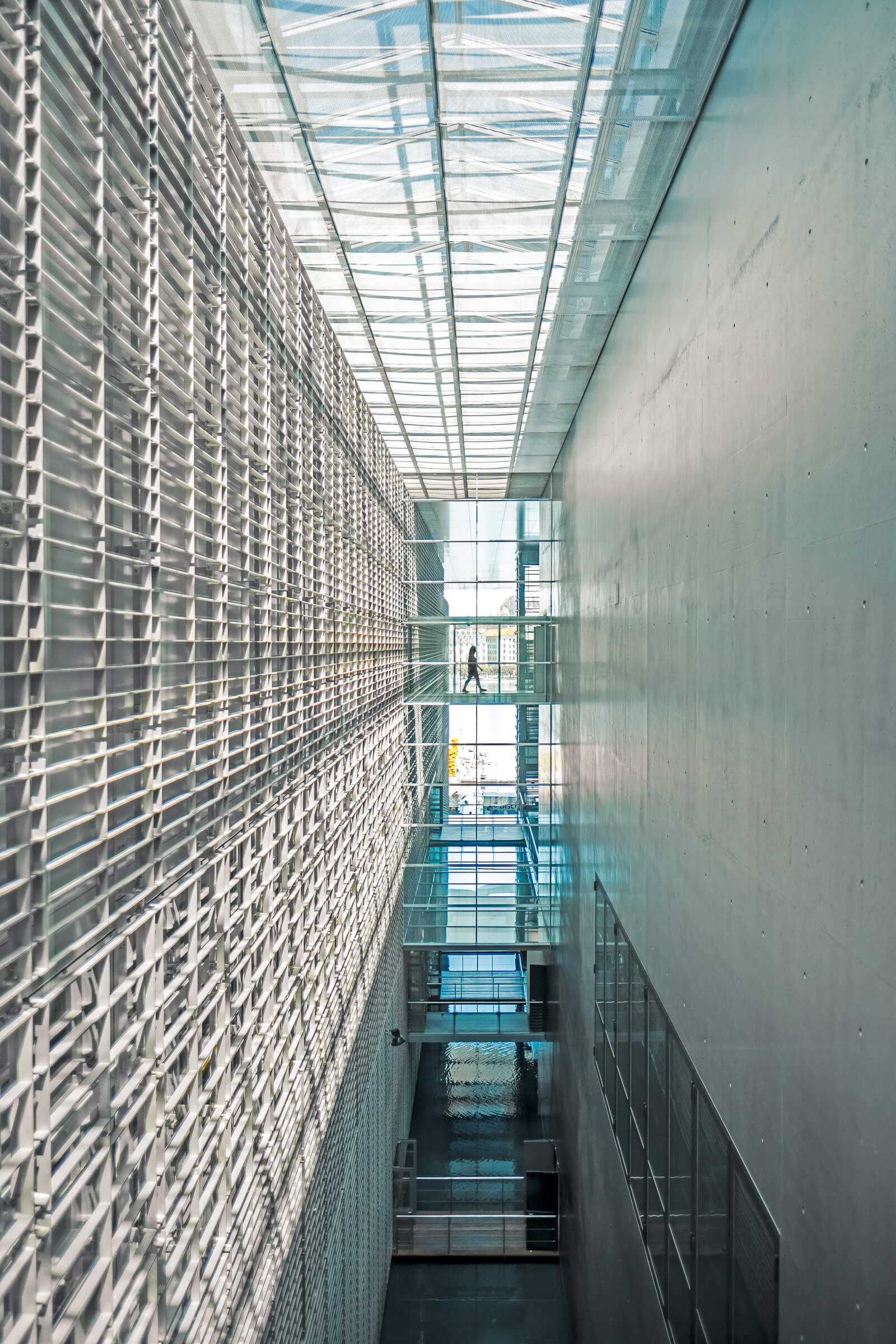 The Museum Tinguely is located in the Solitudepark right next to the River Rhine in Basel. It was designed by Ticinese architect, Mario Botta, and opened in October 1996.

Many of Tinguely's kinetic art sculptures are on permanent display, so it is a fantastic museum to visit with kids. 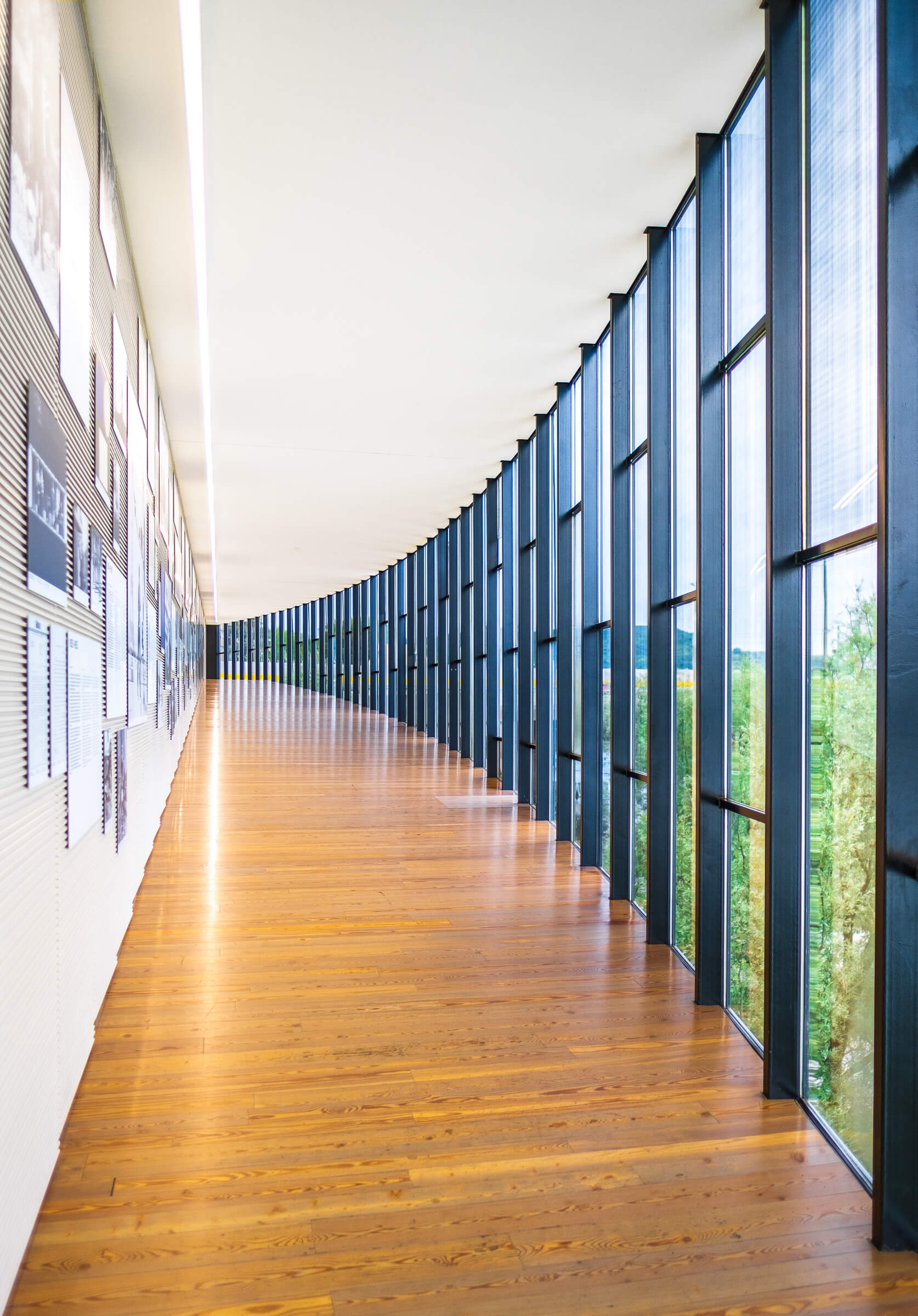 Its current main building was designed and constructed between 1931 and 1936 by architects Paul Bonatz und Rudolf Christ. In 2008, the museum held an architecture competition for a new extension and the young local firm, Christ & Gantenbein, won the project that was inaugurated in April 2016. 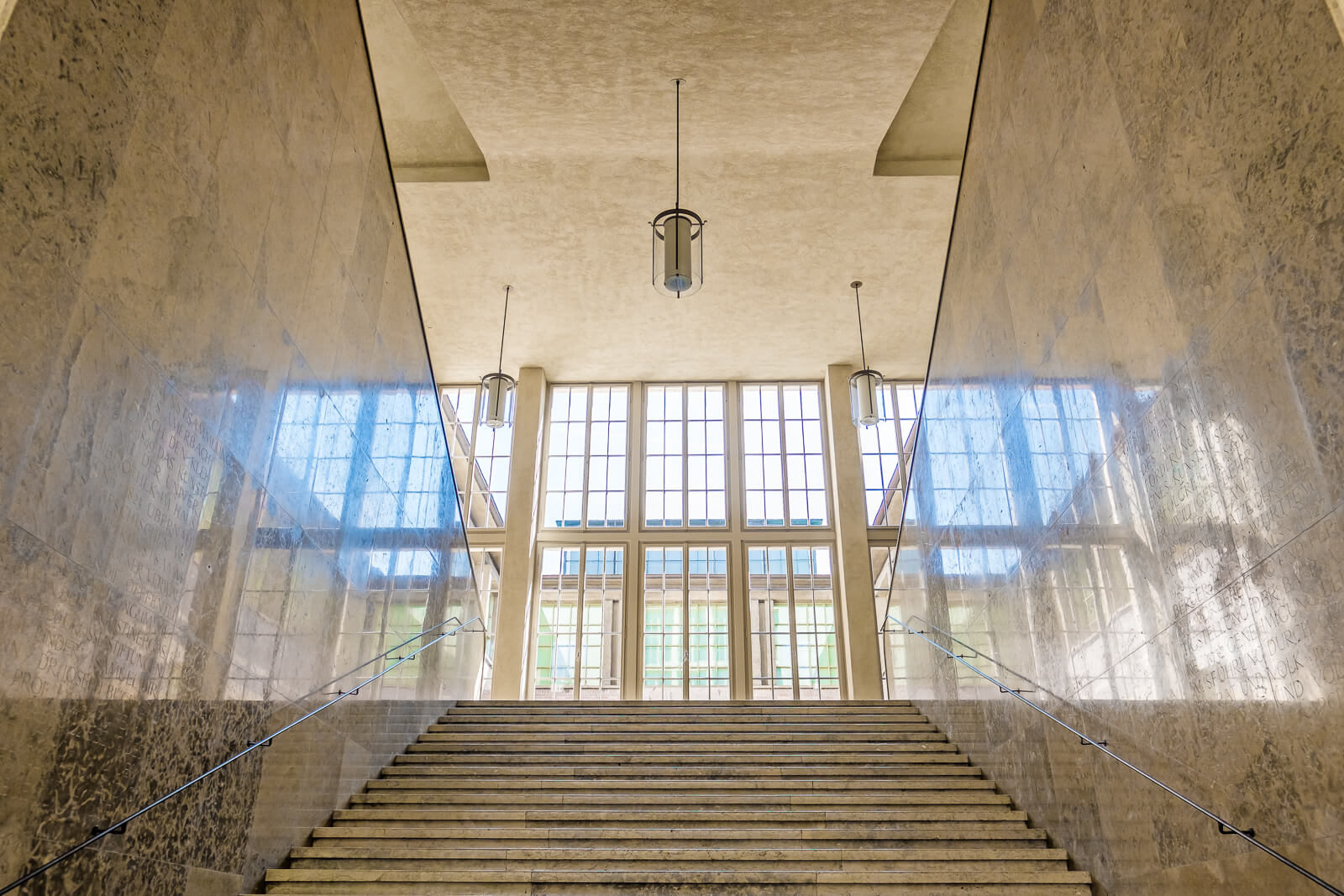 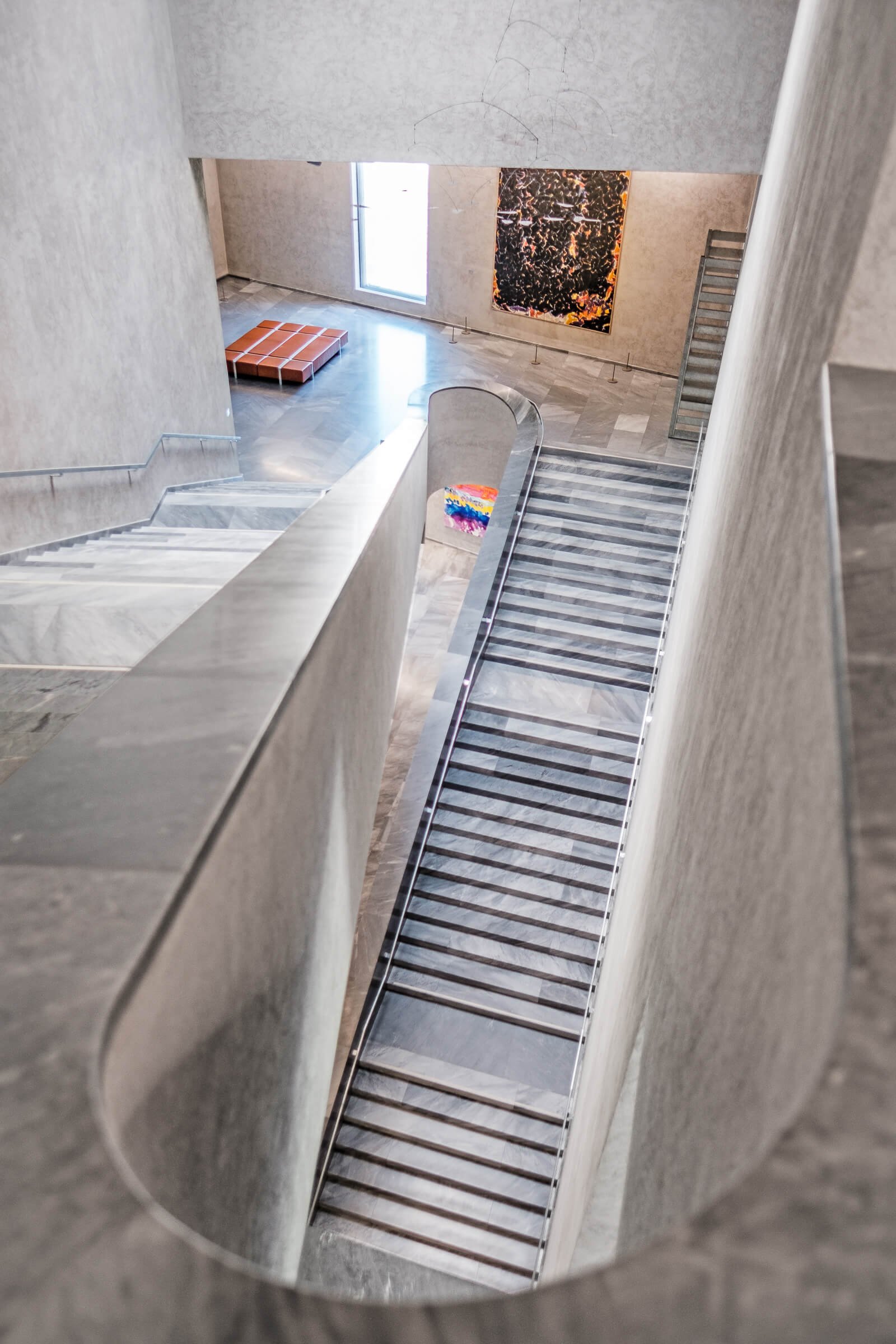 The Zentrum Paul Klee is located a short bus ride from Bern’s old town. It was designed by Italian architect, Renzo Piano, and it opened to the public in 2005.

The design with three waves of steel and glass is immediately recognizable. It contains the main exhibition space, a music and an event hall, as well as a children's museum. Here are more impressions from this stunning museum. 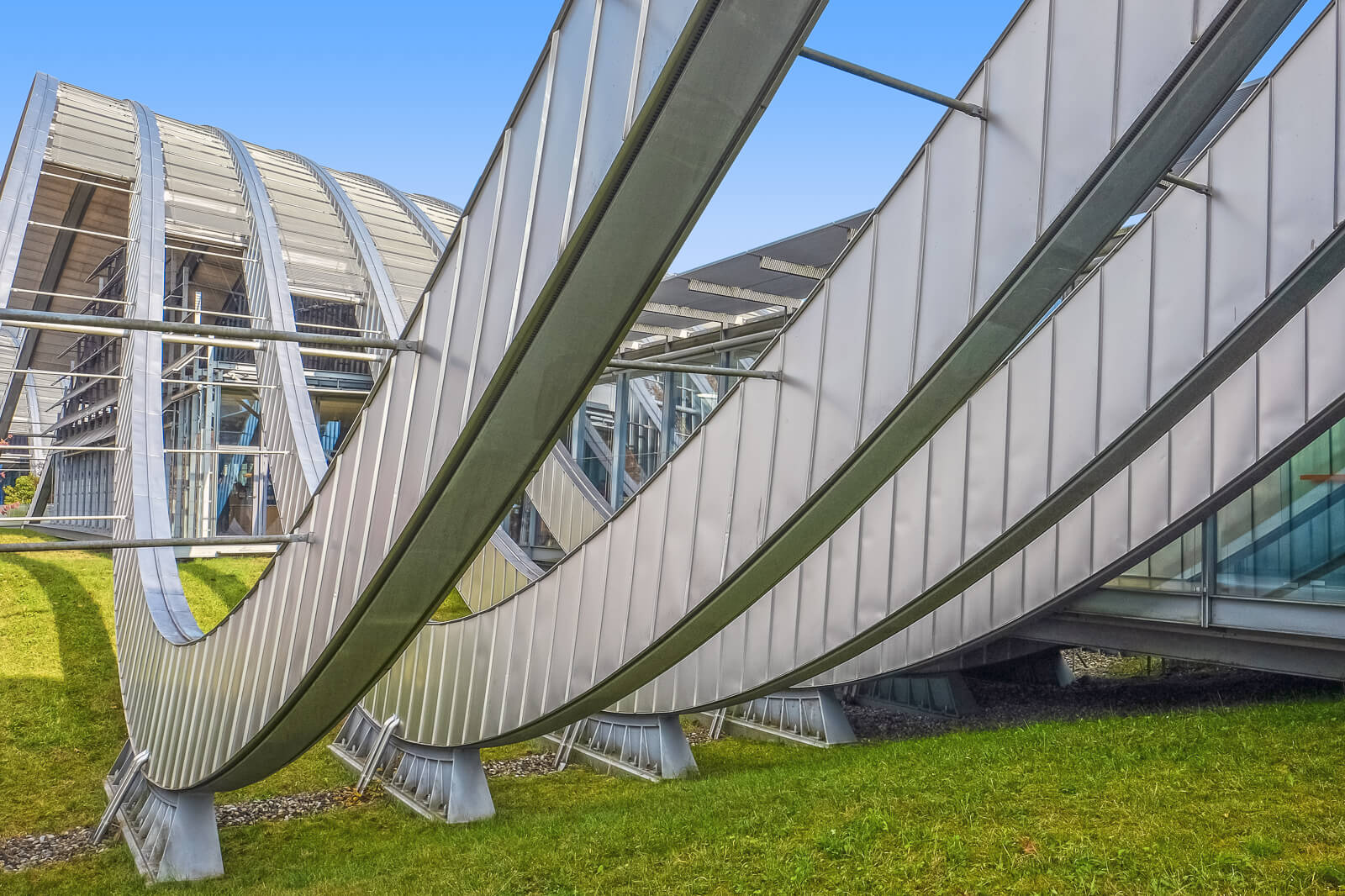 The Bundner Kunstmuseum is another museum housed inside a former private residence. Villa Planta was built between 1874 and 1875 by architect Johannes Ludwig for Jacques Ambrosius von Planta.

The main entrance with its golden dome reminds me of Byzantine style. In the 21st century, Villa Planta alone did not have sufficient space, so an architecture competition was held for an extension building in 2011. Barozzi/Veiga, based in Barcelona, won the competition and the new building was finished in 2016. The MCBA in Lausanne

The MCBA dates back to 1818 when the first cantonal museum was founded at the Academy of Lausanne. From 1906 to 2019, it has occupied the second floor of the Palais de Rumine.

The museum now has its own building right next to the Lausanne train station. Part of the Plateforme 10 museum hub that will also incorporate the Mudac and the Musée de l'Elysee, the MCBA building was designed by Barozzi/Veiga.

The MCBA opened its permanent exhibition only days before it had to close as part of the Switzerland wide lockdown in March 2020. So, this will definitely be a nice new discovery for many! 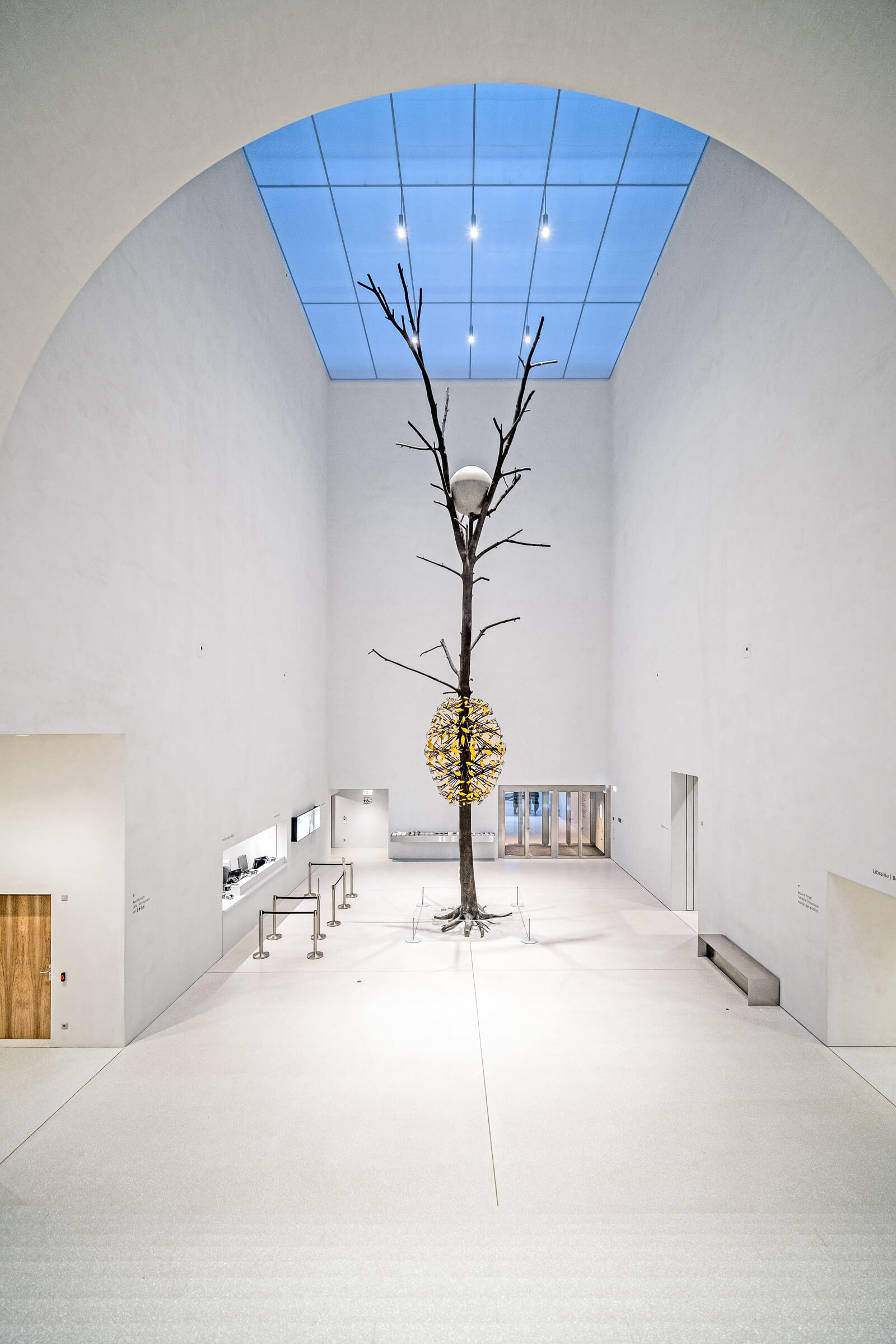 This modern Swiss parking garage is a man’s dream

What is so terribly exciting about these Swiss parking garages is their modern, boxy architecture. This project has secretly made me want to own a Porsche...

The wonderful world of the Alps

The snowy peaks and quiet solitude of the Alps have been wonderfully captured by Hungarian photographer Akos Major. His talent lies in landscape photography with a mysterious twist to it, […]

Manage Cookie Consent
To provide the best experience, we use technologies like cookies to store and/or access device information. Consenting to these technologies will allow us to process data such as browsing behavior or unique IDs on this site. Not consenting or withdrawing consent may adversely affect certain features and functions.
Manage options Manage services Manage vendors Read more about these purposes
View Preferences
{title} {title} {title}
767 Shares
Share710
Tweet2
Share
Pin55
WhatsApp