Go ahead and see if he still talks to you after saying that Belgian chocolate tastes better than Swiss Schoggi. He will love something you had no idea about, and "meh" the thing that you always thought was great.

There are a number of peculiarities that I (as a non-native) have observed while living with a Swiss boyfriend:

Only a Swiss would stash 14 kinds of cheese in the fridge.

I would not believe it if I did not see it with my own eyes. And do not even try to bother telling him you already have cheese at home when he wants to take another kind of Gruyère at the grocery store. It is just simply not the same.

My Swiss boyfriend is not into small talk.

And it is great. If he says something, he really means it and you know he is not going to kill time with small chitchat, trying to impress you.

Making effective decisions takes time for a Swiss maximalist, and you just cannot spontaneously pick a movie to watch. He always makes sure not to waste time watching or purchasing something that would bring little value to him. A closet full of DVDs and no access to reviews would be among of his worst nightmares...

Nothing else will delight him more in a moment of sugar craving as a pack of crunchy Maltesers. And Cola will never be a match to a bottle of sparkling Rivella. Sundays will never be proper Sundays without having at least a few slices of Zopf bread.

Every now and then, he has some strange first world problems.

You may hear things like "I accidentally spilled my Ovomaltine in my computer bag", "I can't decide on where to go on my next vacation", and "Why don’t they provide internet in the bunkers?" (as in "military bunkers")

Like many Swiss, he has a particular interest in visiting remote, truly off-the-beaten-path places rather than visiting famous tourist destinations.

You have a better chance of hearing Swiss German in some small Siberian town near Lake Baikal, rather than on Jungfraujoch.

Our common meals are very international.

Switzerland's central location and international mix of inhabitants have affected the way how the Swiss eat. The presence of French, Italian, Asian (and other) cuisines provides a new challenge for me in the kitchen.

He's a natural at outdoor sports.

Only his Swiss colleagues can compete with him in thrilling downhill snowboard races in winter. And it seems like he has been trail hiking since he learned how to walk.

And he thinks it is completely normal for a country to have special food websites.

There is one for local potatoes, bread, meat, and even eggs. The Swiss take pride in what they grow and produce. And who can blame them? Milk that comes from happy cows in this scenic landscape does have a touch of joyful taste to it.

Having to live with a Swiss man, some things might piss you off more than others.

Just think of the lack of shelf space in the kitchen cupboard because of all the chocolate... One thing is for sure, though - the more I fall in love with him, the more I fall #inlovewithswitzerland! 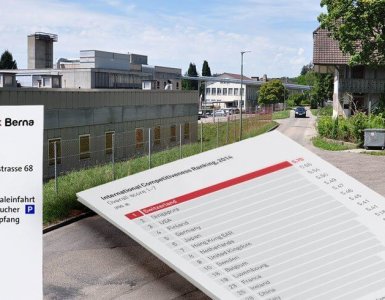 In 2013, the fate of some 80 employees at Crucell Switzerland AG in Thörishaus BE looked uncertain. Biotech in Switzerland is a success story... How to apply for a job in Switzerland

You may be living abroad, thinking to someday work in Switzerland. Or you may already be here as a trailing spouse. Either way, these tips will help you...

Manage Cookie Consent
To provide the best experience, we use technologies like cookies to store and/or access device information. Consenting to these technologies will allow us to process data such as browsing behavior or unique IDs on this site. Not consenting or withdrawing consent may adversely affect certain features and functions.
Manage options Manage services Manage vendors Read more about these purposes
View Preferences
{title} {title} {title}
2K Shares
Share1K
Tweet7
Share9
Pin100
WhatsApp