This past weekend, a festival in Zürich honored the most popular Swiss crowdfunding projects to date.

Hosted by wemakeit, the event at the Kaufleuten Club attracted more than 1000 visitors. Newly Swissed was there to take a peek at the most successful self-funded projects. And we were inspired by all this creativity coming from concerts, readings, performances and workshops. wemakeit is a Swiss success story.

wemakeit is one of the largest crowdfunding platforms in Europe. It was founded in Switzerland in 2012 by communication consultant Rea Eggli, artist Johannes Gees and interaction designer Jürg Lehni. In the past few years, the young organization has grown rapidly and has raised funds for a total of 13.9m francs.

If you have a creative idea falling within the categories of wemakeit but are missing the necessary funds, this organization knows it best. Categories include festivals, political campaigns, book publications, films, or pop-up restaurants.

All that success, both of the platform itself as well as of the entrepreneurs behind each crowdfunded project, was finally celebrated.

Cut the Fence: An artistic project postulating the symbolic destruction of the fence of the Bässlergut refugee camp and prison in Switzerland, which is located close to the German border.

The crowdfunding campaign offers items such as a beautiful scarves made of unique, African damask fabric. The 675 m of fabrics symbolize the length of the fence, and it was cut into pieces by the artistic duo Copa & Sordes.

Sold at 100 francs per meter, the funds will be re-invested to support the activities of bblackboxx. Slow Food Youth Schweiz: Zürich needed a guide for Slow Food, and this young team lead by Laura Schaelchli gave this a lot of thought.

The team brought the Slow Food concept to Switzerland, standing at the crossroads of ecology, gastronomy, ethics and pleasure. Their crowdfunding project independently creates original events aimed at raising awareness about food issues and providing means to take action.

I purchased the innovative Calendarium Culinarium (25 francs) to hang in my kitchen. It not only teaches me how to eat the vegetables in season, but it also teaches me some German every day... 
Helvetiq: the story of this company and of its founder are amazing and prove that with an original idea, combined with hard work and dedication, success is right behind the door. This is what I saw in Hadi, an inspiring, chatty, witty man who transformed the challenging experience of having to study for the Swiss citizenship into a fun game for his friends - and a successful business idea. 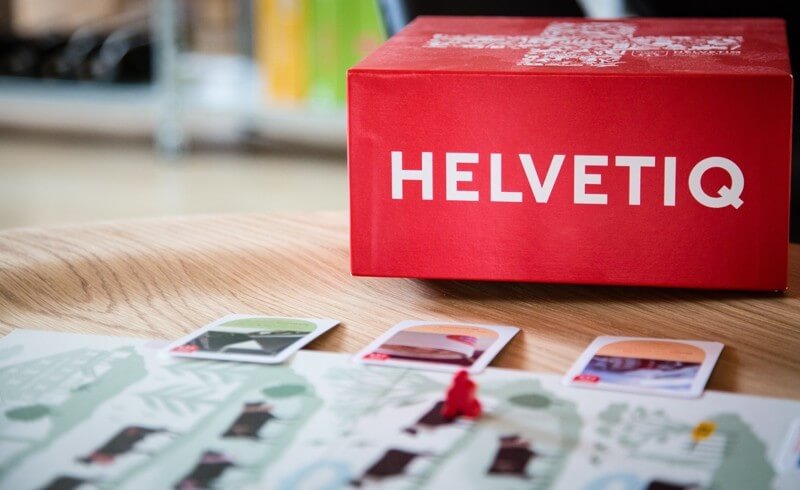 Hadi launched his company in 2008 as a hobby. It all started with a board game called Helvetiq which tests your general knowledge of Switzerland: The things you need to know to have a conversation with a "real" Swiss. As the company grew, it spawned other products under the Helvetiq name.

These games are a great idea for any Newly Swissed willing to improve their German, and they are a great Valentine's gift (which I would love to receive!)

Let's hope that 2017 brings another edition of the wemakeit Festival with more crowdfunded projects! (This photograph along with the feature copyright wemakeit) The Lindt Chocolate Workshop in Zürich is 100% chocolate bliss

The Lindt Chocolate Workshop is open to the public, but spaces sell out quickly. Today, us chocoholics peeked inside this place... 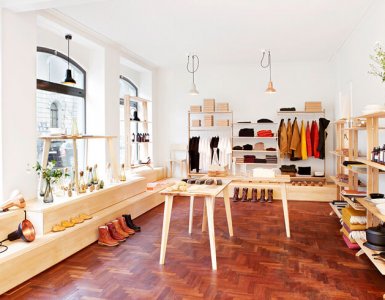 Manage Cookie Consent
To provide the best experience, we use technologies like cookies to store and/or access device information. Consenting to these technologies will allow us to process data such as browsing behavior or unique IDs on this site. Not consenting or withdrawing consent may adversely affect certain features and functions.
Manage options Manage services Manage vendors Read more about these purposes
View Preferences
{title} {title} {title}
37 Shares
Share27
Tweet
Share10
Pin
WhatsApp