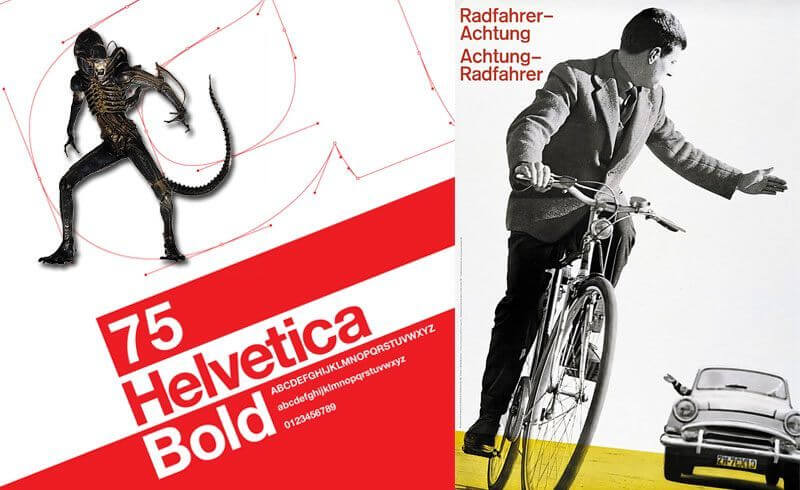 A lot of Swiss designers have had great careers and were internationally recognized, but only few had a real impact on other designers. The following list tries to point out the most influential Swiss designers whose work is shown as exceptional examples in design schools all over the globe.

As an individual, Max Miedinger was not very famous at all. However, the Helvetica typeface has become a true symbol of Swiss graphic design. There is even a very interesting documentary about Helvetica, and Newly Swissed has adopted this typeface for the corporate design...

"Space and light and order. Those are the things that men need just as much as they need bread or a place to sleep." (Quote from the obituary in The New York Times on Aug 28, 1965)

Le Corbusier has been studied by most every Swiss architect who has come after him. He was famous for his creative buildings, but even more for his theories about modern design. As evidence of his influence, Le Corbusier's portrait can be found on Switzerland's current 10 Franc bill.

"The grid system is an aid, not a guarantee. It permits a number of possible uses and each designer can look for a solution appropriate to his personal style. But one must learn how to use the grid; it is an art that requires practice." (Josef Müller-Brockmann)

Famous for his Swiss style posters, Josef Müller-Brockmann has also written an influential graphic design book (Grid Systems in Graphic Design) which is still being read by web designers today. His design features elements of simplicity with minimal text, lots of white space and expressive images.

For a great overview of his work, check out this Flickr set.

"Some people would say my paintings show a future world and maybe they do, but I paint from reality. I put several things and ideas together, and perhaps, when I have finished, it could show the future." (HR Giger)

HR Giger's international fame comes from his designs in the “Alien” movie trilogy. Furthermore, he has had a great influence on tattooists and fetishists worldwide. His furniture designs are quite impressive as well, and you can admire them in his Giger bars around the world.

"From all these experiences, the most important thing I have learned is that legibility and beauty stand close together and that type design, in its restraint, should be only felt but not perceived by the reader." (Adrian Frutiger)

As part of his lifetime portfolio, Adrian Frutiger has designed more than 30 typefaces, including Univers and Frutiger. Interestingly, the Frutiger font came about because he was commissioned by Air France in the 1960's to create a typeface for their printed information, as well as signage for the Paris Charles-de-Gaulle airport.

Adrian Frutiger is certainly one of the most prominent typeface designers who is still influencing new trends in digital typography. Images of his work can be found in this Flickr set.

(Thanks to Mirko from Designer Daily for this guest post!) Only few houses are inspiring enough for me to contemplate giving up wireless internet. I am not saying that this cozy Alpine cottage should... Who has encountered wooden cargo boxes stacked up near a train station? Gareth Knott loves them so much, he has turned them into coffee tables...

Manage Cookie Consent
To provide the best experience, we use technologies like cookies to store and/or access device information. Consenting to these technologies will allow us to process data such as browsing behavior or unique IDs on this site. Not consenting or withdrawing consent may adversely affect certain features and functions.
Manage options Manage services Manage vendors Read more about these purposes
View Preferences
{title} {title} {title}
192 Shares
Share88
Tweet
Share7
Pin97
WhatsApp