Newly Swissed got 30 minutes with Fabian Egli, the talented Swiss baritone playing the famed national hero in TELL DAS MUSICAL. We visited him in Walenstadt, a small village by the deep edge of the mysterious Walensee. This lake is bordering the green, Toblerone shaped peeks of the Toggenburg. 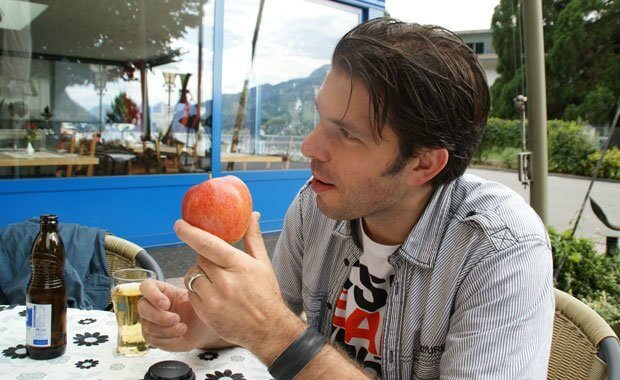 After a 1 hour drive from Zürich, we parked our car in an event parking lot near the lakeside outdoor stage. To be very honest, I had a culture shock when Fabian, with a big smile, greeted us from his bicycle: I guess I was unconsciously creating hype about meeting the Swiss legendary figure vis-à-vis.

Instead of an abrupt, full bearded, thick-skinned hunter, here comes a young, clean, handsome guy wearing jeans, a messenger bag, and greeting us with a very nice, deep voice. Then Fabian, the Tell, gave a big hug to his old friend, our Dimitri, my husband!? A very personal Newly Swissed moment!

In their warm-up chat, Fabian remembered Dimitri as the boy with the brightest blond mushroom hair, and recalled the photo of a birthday party in which they wore yellow raincoats. With the sweet memories from kindergarten times, we walked to the staff restaurant nearby, and all the passing locals nodded at him with shy smiles... With a glass of Rivella Blau, Fabian enthusiastically answered our questions and shared his own interpretation of Wilhelm Tell.

During the interview, we learned that Fabian went through a series of auditions in Berlin and had even canceled an existing contract in order to play Tell in Switzerland. Before the casting, he knew little about Tell but the apple shooting and the assassination of Gessler in the Hohle Gasse.

He mischievously added that he had Googled the legend and even watched Wilhelm Tell (Burgen in Flammen), a historical adaptation from the Cold War era of 1960... Fabian met his cast mates for the first time on a team and character building trip to the origins of the story: Altdorf, Uri. In the historic Hohlen Gasse, our left-handed Tell even practiced to shoot Gessler, the bad guy, from so many different positions and angles to nail the miracle aim.

He is thankful for the good chemistry among cast members, despite the challenge to build a mannish-bond between father and son (Walter is actually played by Annette Huber, a charming female soprano from Switzerland).

Through rehearsals, Fabian and Annette made progress while jogging together every morning along the Walensee. Meanwhile, he found it harder for his character Tell to create an intimate love with his wife. The Tells must have been a simple, poor, medieval peasant family, whose priority was surviving rather than catching a shooting star... Does acting in the role of Tell make you feel more patriotic?

Fabian answered this question from our curious reader Moonchild as a humble, professional opera singer, emphasizing that he is neither creating nor turning into a superhero under the name of William Tell. To separate himself from the national icon, he decided not to grow his own beard. Pointing out several other Tells currently enacting the patriotic story this summer in Switzerland, Fabian focuses on an ordinary man at the mercy of peer pressure.

While working against clichés, he admitted how good is feels to be close to his home. Just about 50 km away from the stage, he can enjoy his mother’s homemade meals.

And, he appreciates being able to perform in Switzerland, close enough for his friends and relatives to watch his performance. We agreed. 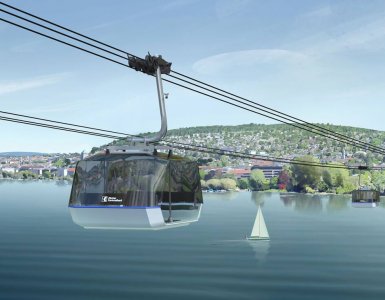 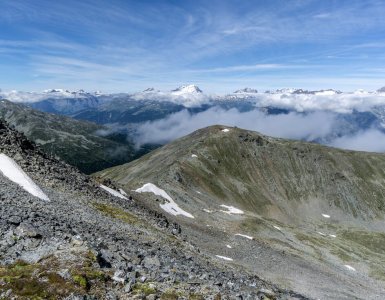