We went out and about with the outdoor butler of St. Moritz Snowshoes firmly strapped to our feet, we reach the top of the first hill overlooking Lake Sils.

Urs Wiederkehr admires the breathtaking view with an air of wonder – almost as if he is seeing it for the first time. But looks can be deceiving: The 53-year-old from Zug has called the Engadine his home for 30 years.

Home? After a moment’s thought, he says: “No. Calling someplace your home means that you have boundaries.” But Urs is someone who does not like to be fenced in. He is a very friendly, patient and interesting person, but not someone who believes in boundaries. He is a bridge builder.

And today, Urs Wiederkehr is my outdoor guide. Actually, his official title is “outdoor butler”, and he works at the Carlton Hotel St. Moritz. 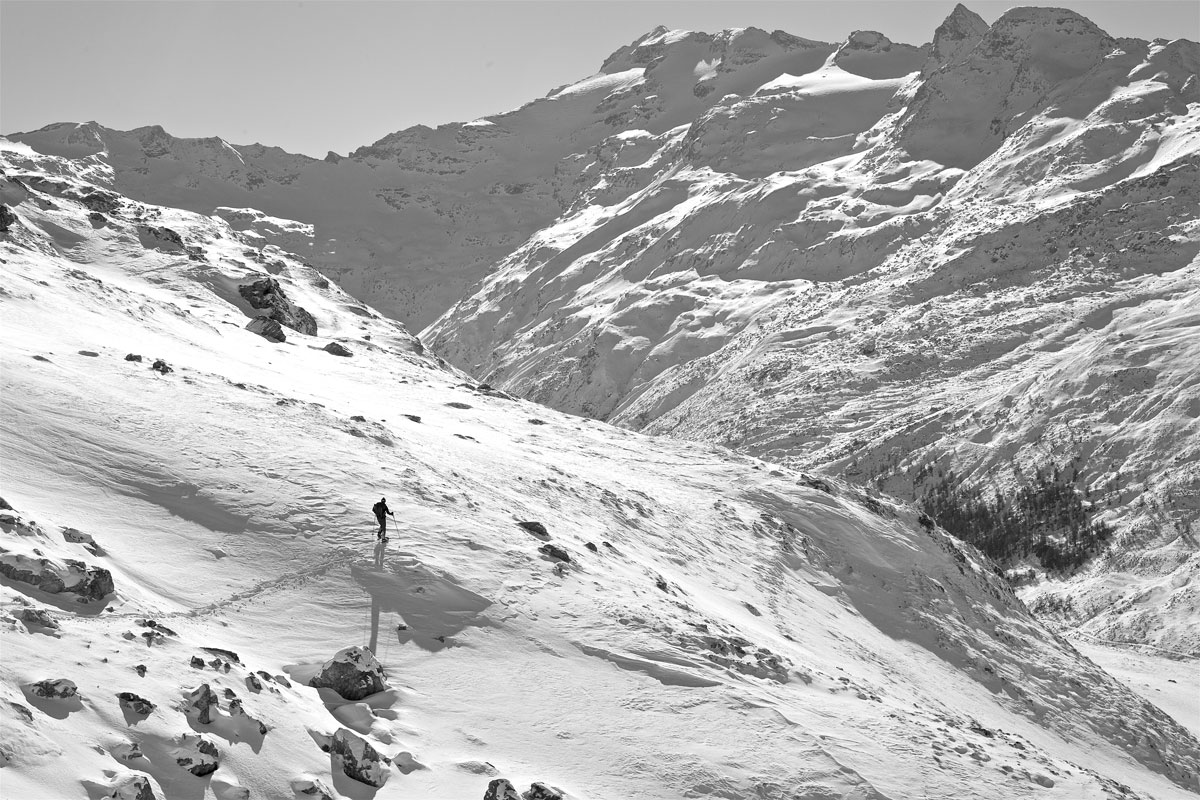 The specialist for outdoor excursions

Guests of the luxury hotel can book the outdoor butler for excursions away from the ski slopes. It is a new service offered by the hotel that is perfectly tailored to suit Urs.

He confirms: “I feel just as comfortable in a five-star hotel as I do sitting under a tree in the great outdoors.” Each excursion is individually tailored. Beforehand, Urs will find out as much as he can about each guest and plans activities that will suit them. For me, it is a snowshoe hike to the Munt Sura cabin.

Snowshoe hiking in the Engadine

We start out from a spot above the Furtschellas mountain cabin. Urs hands me a tube of sun lotion because I forgot to bring mine. This will not be the only moment during our excursion that he demonstrates his excellent preparation.

We head up a steep slope and out into the deserted landscape. The Fex Valley stretches out below us, and Piz da la Margna is to our right. Urs has his eyes fixed on the mountainside. If he sees something that seems to be out of place, he grabs his binoculars. And sure enough, it is not long before we spot a chamois. He also points out the different animal tracks in the snow, teaching me which animal they correspond to as we hike along. It soon becomes clear that Urs belongs in the great outdoors. This is where he feels at home. He says: “Being out in nature means everything to me.” He discovered his love of the simple life and the freedom it brings at an early age. “I never wanted to be rich, I wanted to be free.”

An excursion with five-star service

Upon arriving at the Munt Sura cabin, I decide to take a seat on a snow-covered bench and enjoy the glorious sunshine. Ever the butler, Urs waves me aside before clearing the snow from the bench and laying down a camping mat as a cushion. He then pours me a mug of hot broth accompanied by a delicious sandwich, and a chocolate croissant for dessert. The five-star service is not just reserved for the hotel.

While I enjoy this feast, Urs tells me all about the surrounding mountain landscape: In front of us lies the Il Chapütschin, and to the right the Piz Fora with Italy in the background. He will be heading back there for the summer when the winter season comes to an end. Or maybe to Spain. Or France. Or to some distant corner of the globe.

He likes to travel. But he is not thinking about that at the moment; he likes to live in the here and now, he says. “I go whichever way the wind takes me.” But one thing is for sure: When winter returns, Urs will be back in the Engadine at the Carlton Hotel St. Moritz to give guests a unique insight into the fascinating landscape waiting to be discovered on their doorsteps.

Maybe you will be among them. Update: After writing this post we’ve had a lot of comments and emails about which types of binoculars we recommend. These were honestly just a standard pair like the ones you’d find on Amazon or on Opticsmag.

Contributor at GlobeSession
Martin Hoch loves his home, the Swiss Alps. But as a travel writer, he frequently reports from the world's biggest cities and faraway, hidden paradise spots. Tourism in SwitzerlandSt. Moritz Is Where the Lambos Flow Like Wine 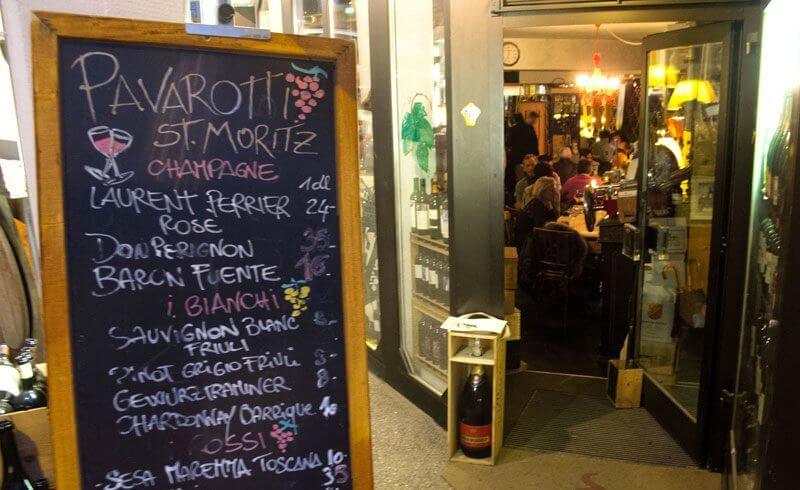 Tourism in SwitzerlandHere are 3 charming restaurants in St. Moritz 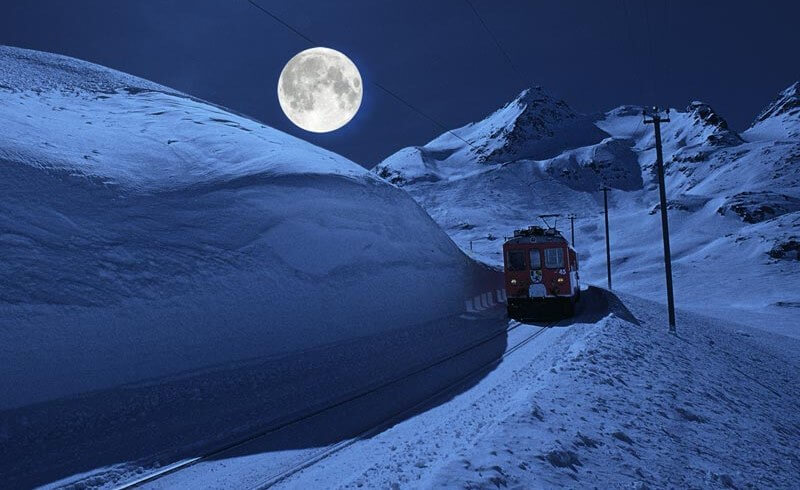 17 more or less random facts about Switzerland
Scroll to top