We cannot hold back sharing our latest discovery: a sunset cruise on a historic steam paddler featuring local dishes and wine. Have I mentioned that the event is all-inclusive?

During a recent city getaway to Lucerne, we retreated to our hotel in order to dress for a night out. Because: how often do you get to board a vessel that once transported royalty? (Queen Elizabeth II, together with Prince Philip, had traveled from Lucerne to Rütli during her visit in May 1980.)

The Stadt Luzern steam paddler wears history on her sleeves

Down by the lake at pier 6, which is behind the KKL Culture and Congress Centre, the Stadt Luzern steam paddler is already awaiting her passengers. The boat was officially commissioned in 1928 but has recently been overhauled to the latest standards. With such a ripe age, it deserves to be called the flagship of Lake Lucerne.

Our invitation to the Wine and Dine Cruise has us check in at 6:30 PM for onboard appetizers. After a leisurely start, the boat would depart the harbor at 7:30 and return by 10:30 PM.

During this culinary cruise, the boat will be entirely reserved for diners. This means that the lower deck and even the first-class cabins remain empty. Later on, we would walk all over the boat in between courses for picture taking...

But first, we are whisked upstairs to the quaint Queen’s Salon where other guests are already cheering to bubbly. The captain and his crew properly introduce themselves, each giving a preview of the highlights we are about to experience.

With the serving of the appetizers, we can already tell that this is going to be a foodie’s heaven. Executive Chef Florian Gilges has used local ingredients to prepare bite-size appetizers: think Sbrinz mousse or apricot mustard.

Each of the four courses starts with the introduction of one or two wines. The sommelière would take the mic and walk us through the profile of each wine. By helping us refresh our wine vocabulary, we can now better describe what the nose smells and the palate tastes.

The Sitenrain Solaris white wine on her recommendation is fruity, with hints of banana. This organic wine is from a local vineyard that maintains the exceptionally rare solaris grape variety.

The wine makes for a perfect pairing and is so delicious that we end up sticking with it for the remainder of the night. Of course, we cannot resist tasting the various red wines, either. But we always go back to this white…

The dishes on tonight’s menu are entirely local and regional. There is lamb from Göscheneralp or locally roasted coffee from Rast Kaffee. The local connection is a unique feature of this gourmet trip. As we criss-cross Lake Lucerne, the crew would frequently point to a vineyard or a farm on the shore. This establishes a sensory link between the foods and their origin.

Apart from the culinary treats, cruising on a lake when most other boats are already docked is really special. After the sunset comes the blue hour, then dusk and nightfall. With this being a three-hour boat ride, we get to slow down and go with the flow.

Sometimes, we would grab the camera and jump out of our seats to capture a special scene. During other times, we would simply watch the scenery pass by.

Before we arrive back at the pier, a heavenly slice of chocolate cake is served. Then, the captain announces a surprise: he would be pulling up close to the Quai Bridge of Lucerne, giving us a new perspective on the city. We join the other diners out on the deck to see the spectacle. And we remain outside until the boat finally docks.

The evening would leave lasting memories - we still talk about it weeks later. There is something special about spending an experience with only a few others.

While we did not have a chance to chat with any of the diners, it still felt like we are all part of a special club. We were the only ones out on the lake tonight. And we were all treated like kings and queens by the captain and his staff.

(Disclaimer: for the purpose of this review, we have been invited to two admissions on the cruise valued at 179 francs per person.) 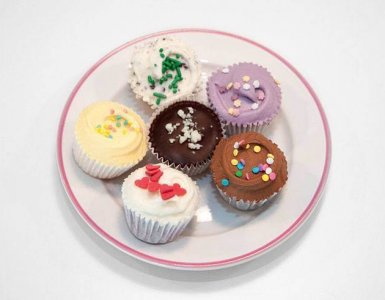 There are a lot of cupcakes out there. But every now and then, you come across a little cake with colorful frosting that lets your heart skip a beat - and not because of a sugar overdose. Cupcakes come in all kinds of...

At Switzerland’s pre-eminent absinthe distiller, I wanted to see everything. La Clandestine is considered one of the best in the world. A Zurich based entrepreneur couple believes that most of us possess a teleportation and time machine in our homes! Welcome "Uncorked Wine Appreciation"...

Manage Cookie Consent
To provide the best experience, we use technologies like cookies to store and/or access device information. Consenting to these technologies will allow us to process data such as browsing behavior or unique IDs on this site. Not consenting or withdrawing consent may adversely affect certain features and functions.
Manage options Manage services Manage vendors Read more about these purposes
View Preferences
{title} {title} {title}
55 Shares
Share39
Tweet
Share
Pin16
WhatsApp