Those shorter days of autumn mean more time for movies.

In late September, when the Zurich Film Festival traditionally takes place, no excuse is needed to buy a festival pass and lean back in a comfy theater seat. When the lights come back on, the movie lovers among us would congregate outside in the warm autumn sun to discuss screenplays, projects, and celeb sightings...

Can you tell that I’m a Zurich Film Festival aficionado?

Having attended the Zurich Film Festival for many years, I truly treasure those eleven days in late September. Once again, the largest autumn film festival in German-speaking countries is loaded with premiere screenings, curated collections, masterclasses, and carpet events.

For the 17th edition, the Zurich Film Festival has already released its movie program. Despite the pandemic, the festival took place virtually in 2020 with no less than 165 films, attracting 68'000 viewers. I am excited to be back in physical movie theaters, albeit with strict entry rules requiring a valid Covid certificate.

Here are the definite highlights of the Zurich Film Festival:

And Tomorrow We Will Be Dead -
Und morgen seid ihr tot

The Zurich Film Festival will be launched with the world premiere of the hostage drama, And Tomorrow We Will Be Dead. To celebrate the occasion, the current president of the Swiss Confederation, the mayor of Zurich, as well as the film’s cast are expected to walk the green carpet ahead of the world premiere on Sept 23.

The Swiss filmmaker, Michael Steiner, has previously scored with Grounding or Wolkenbruch. His latest film is based on a true story that unfolded in 2011. It revolves around two backpackers, a couple from Switzerland, who is kidnapped in Pakistan on their drive back after a visit to India. Daniela Widmer and David Och are handed over to the Taliban who hold them captive for eight months.

The trailer promises a hostage drama that will keep us at the edge of our seats:

During the annual Zurich Film Festival, Hollywood vibes can be felt throughout the city. Black limousines are whizzing the stars from Zürich’s five-star hotels to press events. And ahead of the nightly screenings, bright stage lights set the scene for the iconic green carpet where cast members and VIP guests walk past.

This year, Sharon Stone will be accepting the Golden Icon Award in person. The ceremony will be followed by a screening of Martin Scorsese's Casino, for which Stone was nominated for an Academy Award. In addition, the actress will be hosting a masterclass in which she is going to share insights into her creative process and career.

James Bond - No Time to Die

Our favorite British agent has many ties to Switzerland. In his escapades, Swiss places such as Geneva, Ticino, or the Bernese Alps have already appeared.

And on September 28, Zurich got onto the list of Bond appearances in Switzerland: the much-anticipated James Bond flick, No Time to Die, was screened during the Zurich Film Festival. The organizers have landed quite a coup as the initial screening on Sept 28 coincided with the European premiere in London.

Now, with all those mask-wearers glued to Zurich’s largest screen at the Zurich Convention Center, it will be hard to tell whether one of them is the infamous agent himself: James Bond.

The 163-minute James Bond movie, No Time to Die, is I can hardly wait to mind-travel to Jamaica where Bond supposedly is enjoying his retirement. There, Bond is approached with a new mission which will likely take us on a 2:34 hrs whirlwind adventure around the globe…

The latest film by Wes Anderson, called The French Dispatch, is naturally set in a fictional French town in the 20th century. As a big fan of Wes Anderson, I not only religiously follow the hashtag #AccidentallyWesAnderson on Instagram. I am also one to count down the days until the premiere of his new films.

Needless to say, I am thrilled that The French Dispatch will be screened at the Zurich Film Festival. While this will be the premiere in a German-speaking country, it will also be the closing film for the 17th edition of the festival.

A hashtag with desire: #letSEXplore

Every year, the Zurich Film Festival curates a selection of features about a contemporary topic. By assigning a hashtag, the festival bundles this selection of movies and documentaries, meanwhile exposing us to interesting topics we might have otherwise ignored.

Let’s talk about sex, a topic that is verboten in many societies despite being the most fundamental instinct on the planet. While talking about it is largely taboo, it is no understatement to declare sex something of an obsession in our society.

Current issues seem to revolve around our relationship with sex in a post #MeToo era. And with this being the Zurich Film Festival, the selection of movies under the #letSEXplore hashtag explores how contemporary cinema handles sexual content: is it becoming normalcy, leveling out the often male-dominated perspective of the past?

Among the five feature films and three documentaries, look out for these highlights:

More information and tickets. Please note that a valid Covid certificate along with photo identification is required in order to access the festival and its screenings. 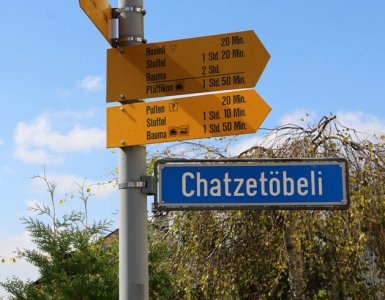 13 typically Swiss things other than chocolate or watches

Chocolate, watches and Swiss Army knives. If you associate Switzerland with the usual suspects, you are not alone! But these Swiss things will... From unusual staircases to colorful facades, Zürich is always up for a surprise. Here are my most recent photographs of stunning architecture in Zürich. Jura: what life in this rural Swiss canton is like

Manage Cookie Consent
To provide the best experience, we use technologies like cookies to store and/or access device information. Consenting to these technologies will allow us to process data such as browsing behavior or unique IDs on this site. Not consenting or withdrawing consent may adversely affect certain features and functions.
Manage options Manage services Manage vendors Read more about these purposes
View Preferences
{title} {title} {title}
94 Shares
Share92
Tweet
Share
Pin2
WhatsApp