What comes to mind when you think Swiss music? If it's Alphorns or DJ Bobo, you will need a serious reality check! Especially this year, as there are a number of cool Swiss bands and solo acts who could make it big in 2014...

So, get that yodeling stereotype right out of your head and give these hand picked, up-and-coming Swiss bands a listen! Four guys from Zürich form indie pop band Baba Shrimps. There is no denial that this band has much appeal among a broad audience. As for the name, I am left wondering whether it is a love child of the Bubba Gump Shrimp Company?

The songs of Baba Shrimps feel liberating: At times, their tunes delve into darkness. But then, they are lifted right back up, seeping of optimism. If there is ever a rainy day this year and you put on their latest album "Europe" (or "Angel", my favorite tune), you can be sure that the sun is due out soon! I had a huge WOW moment when I first heard the music of Kadebostany! I must have lived under a proverbial rock, but this Geneva based duo combines orchestra music with a folklore twist, then throws in that smoky voice of singer Amina - just to come up with the whackiest yet stickiest music in a long time!

That whacky nature appears to be part of their schtick, as is apparent in their Borat-esque photo albums on Facebook! I can't wait to hear (and see) more from the Republic of Kadebostany! This one man show from Bern is making a name with his soulful electronic melodies. In fact, listen closely because each track is a clever combination of vintage samples and new beats!

In the blink of an eye, Fabio Friedli a.k.a. Pablo Nouvelle has made it across the pond, and his music has even caught The Guardian's eye: "He takes soul back to the future."

Rumor is that there is going to be a new album released in 2014... But in the meantime, sit back, slow down and soak in "You Do Me Wrong": We Invented Paris is a collective of mostly Swiss (and some German) photographers, videographers, graphic designers and musicians. Their alternative tunes are beautiful, catchy and harmonic. Perfect to listen to over and over again...

We Invented Paris has much potential to invent not just the French capital (figuratively speaking), but to invent a new way of delivering music. Thanks to the collaborative approach, their talents are being pooled and the resulting creativity reaches eager ears more directly.

In 2010, the band gained a following as part of their infamous CouchSurfing Tour. In line with their philosophy, they went as far as delivering music in people's living rooms! Although no longer newcomers in Switzerland's music scene, Prader & knecht have just released their third album, "Millions Of Pieces"!

If there is a perfect soundtrack to slow down, this is it. But here is one of their earlier pieces (one of my favorites): If it were not for their website, Geneva rock band THE ANIMEN could be mistaken as time travelers from the 1960's (because bands didn't have websites back then)! Their vintage rock 'n' roll reminds of greats from decades gone. But then there's soul, and blues... Their tunes are a unique and eclectic mix - an understatement, really. Because this young band appears as smooth on stage as a seasoned gig would.

While THE ANIMEN have received accolades for their body of work last year, 2014 is gearing up to be bigger yet: THE ANIMEN have already played several concerts in the Netherlands, with more gigs on the horizon in Germany...

Without further ado, here is "My Pretty Ballerina" from their debut album "Hi!": 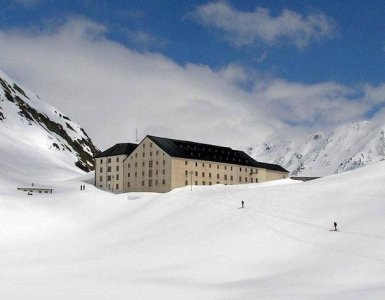 The third highest road pass in the Alps runs past the Great St. Bernhard Hospice, and like all of the high passes, it is closed to car traffic... 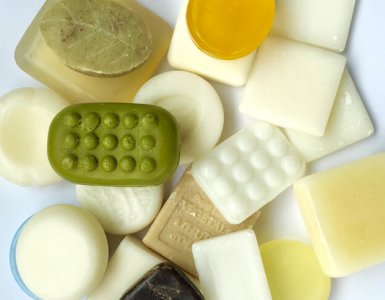 Hotels have been advocating the responsible use of towels for years. But what about the complimentary soaps? SapoCycle is on a mission to... Do you know Switzerland like a pro? Take the 3rd annual quiz.

Every year, August 1 signifies the anniversary of the Federal Charter of 1291. And every year, Newly Swissed is putting together a fun Swiss quiz...

Manage Cookie Consent
To provide the best experience, we use technologies like cookies to store and/or access device information. Consenting to these technologies will allow us to process data such as browsing behavior or unique IDs on this site. Not consenting or withdrawing consent may adversely affect certain features and functions.
Manage options Manage services Manage vendors Read more about these purposes
View Preferences
{title} {title} {title}
50 Shares
Share29
Tweet20
Share1
Pin
WhatsApp