And finally, by 2019, the entire previous line was replaced.

I found it interesting that there was considerable debate about placing a woman on the new 10-dollar bill in the United States. Meanwhile, Switzerland has abandoned people's pictures altogether in favor of Mother Nature.

For instance, the new 50-franc bill features a mountain landscape with climbers, and the 10-franc bill has some skiers slaloming through a race course.

Have I mentioned butterflies and snow crystals?

Seven interesting facts you need to know about Swiss banknotes:

1. The Swiss National Bank launched a competition for the new design in 2005. The winning designs from Manuel Krebs featured cells and embryos.

2. After loud opposition from the public, the SNB revised their decision and went for the second place winner, Zürich graphic artist Manuela Pfrunder.

3. The color scheme remained identical to the previous series, which helps identify a bill's denomination. The new bills are slightly smaller than the previous ones.

4. Now in circulation is the ninth generation of banknotes in Swiss history, slated to last for 15 years. The first series was released back in 1907.

5. Swiss banknotes are less likely to be counterfeited than euros, US dollars, or the British pound. Only 1 in 100’000 Swiss bills is counterfeit, whereas the ratio increases to 1 in 20’000 for euros, 1 in 10’000 for US dollars, and 1 in 3333 for the British pound. The University of Lausanne based its 2011 report on information from central banks.

6. The 1000-franc bill is the denomination with the highest circulation, at 61.1%. At the current exchange rate, it is the second most valuable banknote in the world still being printed. Although there are USD 10'000 bills in circulation, they are no longer being printed. Singapore has a bill worth about 7500 francs, though. The infectious laugh, the black and white make-up and the moptop hairstyle are what make Clown Dimitri so unique. This Swiss clown has been entertaining...

On New Year's Eve and Old New Years, people in Appenzell's outskirts dress up with monstrous costumes. Alter Silvester is an old tradition... 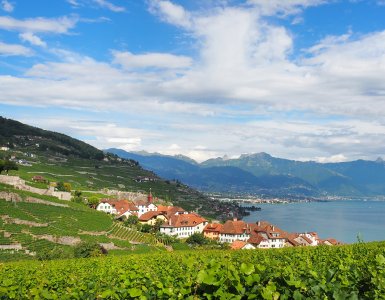 No doubt that a place under the protection of UNESCO must be a cut above the rest. Here are the UNESCO World Heritage sites in Switzerland.

Manage Cookie Consent
To provide the best experience, we use technologies like cookies to store and/or access device information. Consenting to these technologies will allow us to process data such as browsing behavior or unique IDs on this site. Not consenting or withdrawing consent may adversely affect certain features and functions.
Manage options Manage services Manage vendors Read more about these purposes
View Preferences
{title} {title} {title}
2K Shares
Share2K
Tweet35
Share346
Pin28
WhatsApp