What the much-awaited ZüriBahn cable car will look like Just imagine the panoramic bird's-eye view of beautiful Zürich and the Alps from the sky, 80 meters above the lake! It seems like a lifetime experience, right? Well, it is going to be a reality very soon...

The Zürich Cantonal Bank (ZKB) has released the final designs for the much-awaited Lake Zurich cable car. The project, known as ZüriBahn, is the bank's keystone for its 150th anniversary in 2020.

The 1.3 km urban cable car will connect the two sides of the turquoise Lake Zurich. During the ride, you will see the splendid lake borders from a whole new perspective. And way at the end of the lake, you might catch a glimpse of the high peaks of the Alps. While some residents are unhappy about the project idea, most agree that soaking in this incredible view once in their lifetime is a thrilling and one-of-its-kind idea. (Back in 1939 and 1959, the masses were ecstatic when temporary cable car installations were first built across the lake.)

The sustainable architecture of the ZüriBahn

The ZKB plan presents a temporary design of the cable car that will connect Mythenquai and the Zürichhorn during a period of five years. Designers have emphasized the aesthetics, unobstructed panoramic windows and all-around functionality of the cable car. According to the plan, the design of the cable car is reminiscent of an airplane cockpit. Each of the 18 cabins will be built with state-of-art 3S technology providing a high level of comfort to a maximum of 24 passengers each.

The exterior panels of the cable car stations at Strandbad Mythenquai and on Blatterwiese at Zürichhorn are made of a recyclable film, achieving a lightweight appearance and producing little waste. The stations are supposed to have a temporary feel and blend in with the beautiful scenery surrounding Lake Zurich.

Interestingly, when the glacier receded at the end of the last Ice Age, mountains, valleys and large deposits of slush were left behind. Especially on the side of Zürihorn, there is a 30 meter wide layer of slush which at first presented a challenge to the engineers.

Using a special technology, all but two towers will quite literally be screwed into the chewing gum like layer, thereby reducing the impact on the lake bed and avoiding the removal of trees. What are the next steps for ZüriBahn?

The dossier for the planning approval procedure has been filed with the Federal Office of Transport at the end of October. The bank expects a decision by summer 2019, and construction could start in the fall of the same year.

With this being Switzerland and the ZüriBahn being a high-profile project, there will be time for the public to study the cantonal design plans through January 24, 2019. Zürcher Kantonalbank assumes that the realization of ZüriBahn will be possible by 2020, and I am crossing my fingers this will be the case... Guide to the Hot Air Balloon Festival in Château-d’Oex

Château-d'Oex is a village with a significant story to tell. I was there during the International Balloon Festival, witnessing pilots work diligently... 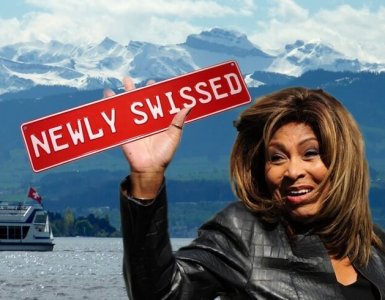 Tina Turner is the latest pop star to announce she wants to carry that snazzy red passport with the embossed crosses on it...

How well do you know Switzerland? Take our new Swiss quiz!

Manage Cookie Consent
To provide the best experience, we use technologies like cookies to store and/or access device information. Consenting to these technologies will allow us to process data such as browsing behavior or unique IDs on this site. Not consenting or withdrawing consent may adversely affect certain features and functions.
Manage options Manage services Manage vendors Read more about these purposes
View Preferences
{title} {title} {title}
183 Shares
Share176
Tweet7
Share
Pin
WhatsApp