Some Swiss cows can actually text their farmers once they're in heat...

An innovative Swiss farmer has equipped his bovine investments with electronic sensors in order to collect real-time data. Specifically, Farmer Oesch has implanted sensors in his cows' uteri as well as in special bags hung around their necks. Once a cow is in heat, a text message is sent to the farmer's phone.

This is just one of many weird things found in Switzerland. Here are some more:

Sheep can send out text messages when in threat!

Even in modern times, wolf attacks are a serious issue for Swiss shepherds. Modern technology now allows for the monitoring of a sheep's heart rate, alerting the shepherd as soon as the rate deviates due to stress. Again, modern technology is at work as farmers receive an automated text message with a strong call to action: SAVE ME!

There is a scary child-eating ogre statue in Bern.

Known as the Kindlifresser or Child Eater, this scary statue has traumatized children for generations. Constructed in the 15th century, this monument depicts an ogre of sorts holding and swallowing babies.

Not even our Bern Tourism tour guide was sure about the meaning of the Kindlifresser, however: Could it be Cronus, a Greek god who ate all of his children to prevent them from taking over his throne? 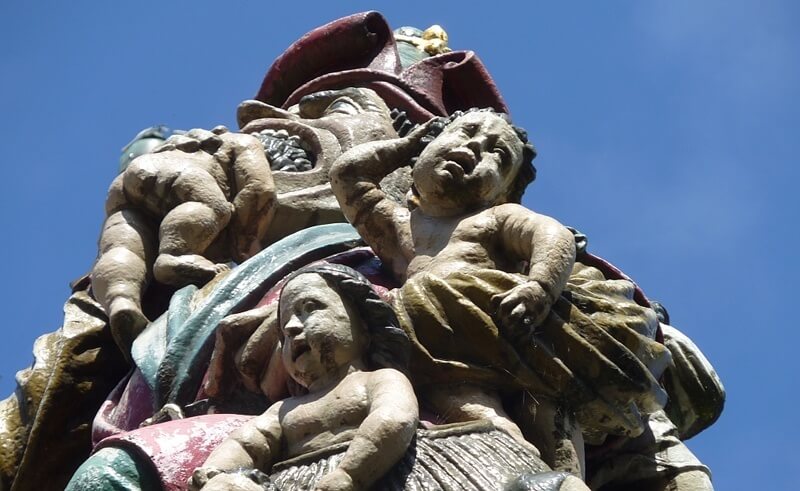 And the Swiss Bankers Association once ran a "Dankomat" booth.

Everyone knows photo booths, but have you ever heard of a "Thank-o-booth"? The Dankomat certainly does not oversell on its promise to allow anyone to express their thankfulness to someone else.

As part of an image campaign, the Swiss Bankers Association once launched the Dankomat as a way of expressing the banks' sympathy towards Switzerland and its people.

In the country of snow and mountains, there is actually an indoor skiing slope!

At the foot of some of the most magnificent Alpine peaks is the Interlaken Indoor Skiing facility. It offers die-hard skiers, eager tourists, and the Swiss National Skiing Team a tiny playground to practice.

Compared to the infamous brother in Dubai, the Swiss version is miniature by every comparison: The artificial slope is all but 5 m wide and 6 m long, whereas the Dubai version is 80 m wide and 400 m long!

One town turns off the church bells at night for the sake of sound sleep.

In the town of Küblis, there was once an official vote on whether to turn off the town's church bells between 10 PM and 6 AM (it passed). Apparently, too many tourists had been annoyed by the loud noise of the ringing bells - every fifteen minutes.

To illustrate the gravity of the situation for Küblis Tourism (population: 835), even the church was in favor of the vote despite the 10'000 franc expense of changing the bells' algorithm!

And another town maintains a horse-drawn garbage collection carriage!

Horse-drawn carriages have long been the primary means of transportation. Now replaced by cars and trucks, the Swiss town of Avenches strongly believes in the merits of horse power as an innovative prototype of an e-carriage! 15 more ways to piss off the Swiss 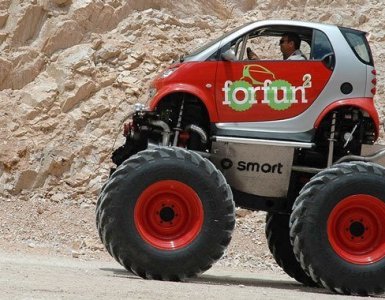 8 creative Smart car modifications from across the world

Millions of tiny Smart cars are whizzing about the world. Some owners have given their Smart car a creative modification, such as these...

Geneva, can we just be friends?

Manage Cookie Consent
To provide the best experience, we use technologies like cookies to store and/or access device information. Consenting to these technologies will allow us to process data such as browsing behavior or unique IDs on this site. Not consenting or withdrawing consent may adversely affect certain features and functions.
Manage options Manage services Manage vendors Read more about these purposes
View Preferences
{title} {title} {title}
383 Shares
Share355
Tweet14
Share14
Pin
WhatsApp