TEDxZurich 2013: In Search of Ideas Worth Spreading 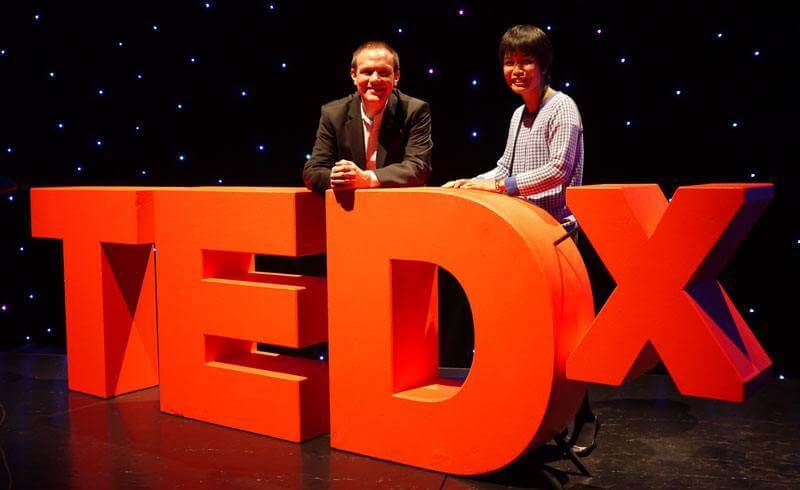 From animal social behavior (even bats do it!) to aerial silking and groundbreaking cancer detection, TEDxZurich 2013 featured a wide range of topics.

I was particularly listening for ground-breaking, mind-shattering "ideas worth spreading" - the inherent strengths of TED talks. My personal highlights were therefore the sonification of the Higgs boson, as well as the demo of humanoid Roboy.

On the other hand, some talks were too much about a speaker's personal issues or motivation - and not enough about future thought. I would hope that for next year's conference, even more emphasis is placed on innovation and the practical application of ideas. For instance, what's my take-away from "The Future of Marketing"? That if a company is doing social media, they are already in the future...

Given that there were 17 talks in all, a few misses still make it a good enough "hit rate" to justify a day's off from work! And here are some of the highlights: Developed in just nine months (!) at the Artificial Lab of the University of Zurich, Roboy is a freakishly talented humanoid robot. The system did crash once during the demo, but Roboy is capable of emotions like shyness, wonder or anger. The torso with 48 simulated muscles, joints and bones imitates human anatomy.

Maybe we have just met a work colleague from the future...

I was at #TEDxZurich today, it was great! I was so nervous, I crashed a little! :)

Ian Livingstone: Life is a Game

He is Lara Croft's self proclaimed "favorite uncle", Ian Livingstone. "We are playful by nature", Livingstone proclaimed, calling for computer programming classes in grade school. Ignoring how games attract our attention and help us challenge our boundaries, it only makes sense to apply gamification in education.

Livingstone was not exactly advocating Grand Theft Auto type games be used in schools. But I agree that raising the profile of games is the only way to prepare children to become the "digital manufacturers of the future." Doing things for fun, out of curiosity and for the sake of collaborating with people. Brilliant and inspiring talk Miki! #TEDxZurich

Judith Simon: When Things do Things to Things

"Things, artifacts, and infrastructures have always influenced our behaviour as humans." Whether it be speed-bumps that force drivers to slow down, or those gates at airport immigration which only allow us to walk into one direction: Our actions are increasingly being influenced by "things"!

When it comes to preserving digital privacy, users need to "reclaim agency, knowledge and power through critical usage, design and governance." As a start, the free Ghosterly tool unhides all companies tracking a user online. Incredible as it may sound, Lake Zürich with a mass of 3900 km³ can actually freeze over! The records show that since 1233, the lake has been frozen 26 times, the last time taking place in 1963. Especially long lasting... Thunder boomed and lightning flashed. Shadows danced across suits of armor standing sentry in the darkness. I looked at my wife with a quizzical look as another thunderclap shook the room...