Yesterday was one of the best TGIF's in a long time, because I had the unique chance to tour what I like to call "Google Playground". I am referring to Google's Swiss headquarters here in Zurich, which has been named one of the coolest Google facilities outside of Mountain View, CA.

As we passed the security guard, we noticed a concealed tricycle, presumably used to document Switzerland's bike and hiking paths for Google Maps' Street View. I remember reading somewhere that this method had been used in the past to take pictures of California's hiking trails: 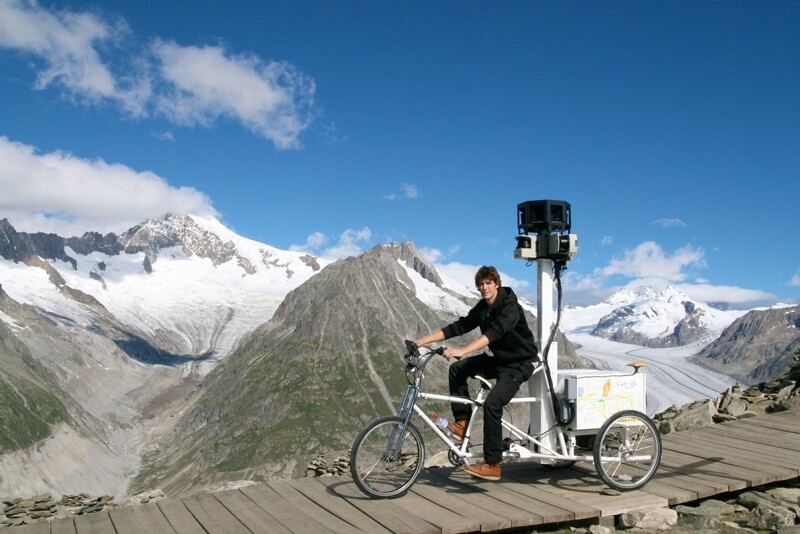 Before we knew it, we were holding glasses of Chardonnay and were lead past the TGIF party in the main cafeteria. At this point, I am a 4 on a scale of 10 on the jealousy meter.

Up to the 7th floor (I totally noticed the "massage" label next to one of the buttons on the elevator!), and here we are in the Sky Lounge, one of many self-serve coffee bars/candy stores which can be found around the building.

It took some convincing to slide down an actual fire pole, but the experience was worth it as we landed in the jungle. Another coffee lounge with tempting snacks in front of us, I should mention that all the food and amenities are complimentary for Google employees.

Needless to say, I have just reached a level 5. As the tour continued, my jaw dropped even more when I noticed the many smart meeting spaces, ranging from outdated Swiss gondolas to honey-pot shaped cocoon houses and research pods straight from Antarctica! Seriously, how cool would it be to have a conference call with "Mountain View" (as they kept referring to the Google mothership) from inside one of those funky spaces? I could go on and on about the IT desk featuring a waiting area with PS3's and Nintendo Wii's, the "Library" where a poker game was in process or the "Water Lounge" where colorful fish can be observed from massaging chairs. However, I think you got the point that Google embraces an office culture where play is just as important as work.

I believe that in their eyes, a relaxed employee is a productive employee. Plus, if you can essentially live at your workplace with all the amenities right there, you will naturally spend more time at work. Either way, none of this strategy stuff was apparent when we toured "Google Playground", the ultimate Swiss workplace!

Having conquered my jealous feelings towards people working at Google Zurich, I hopped on a tram to join my wife's birthday dinner...

(All pictures copyright by Google Switzerland)

This just in: In an unprecedented move even to seasoned investors, tech giant Apple buys out Swiss watchmaker Swatch! This announcement has one Goldman Sachs analyst stunned: "The merger of Apple and Swatch came out of... 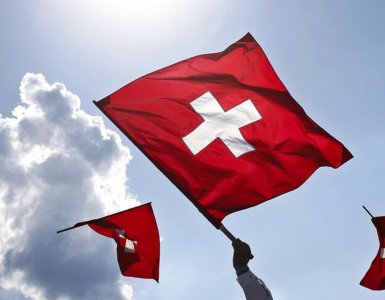 Manage Cookie Consent
To provide the best experience, we use technologies like cookies to store and/or access device information. Consenting to these technologies will allow us to process data such as browsing behavior or unique IDs on this site. Not consenting or withdrawing consent may adversely affect certain features and functions.
Manage options Manage services Manage vendors Read more about these purposes
View Preferences
{title} {title} {title}
13 Shares
Share5
Tweet
Share5
Pin3
WhatsApp