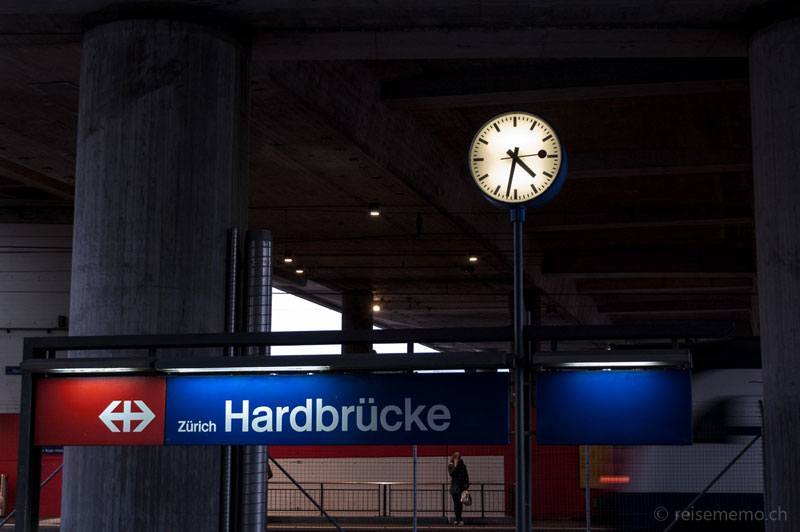 The formerly industrial district near the railway viaduct has turned into Zürich’s liveliest trend neighborhood.

With new apartments, hotels and restaurants popping up, it will soon crowd up against the freeway ramp in the west. The train tracks in the south and the Limmat river in the north set the other boundaries. What used to be factories inside this perimeter are now evolving into a new city district in a breathtaking speed. 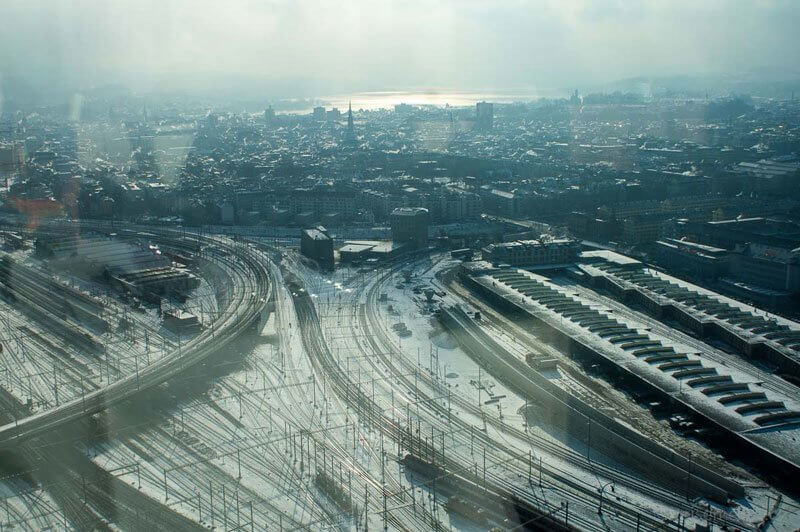 As a resident of "Züri West", here are some of my observations:

Stand still for a moment and you can practically watch the high rises being jacked up into the sky. Be it schools, hotels or luxury apartments: It looks like the sweeping cranes might interfere with each other, but they deliver their loads steadily and exactly where needed.

And just when everything else has been completed, the topping of the Swissmill grain silo to 118 meters is getting under way... It will be just one spike alongside others such as the Löwenbräu Black Tower (70 m), the Mobimo Tower (80 m) and the Prime Tower (126 m). The Hardbrücke bridge was originally conceived as an elevated roadway. Between 2009 and 2011, the more than 1.3 km stretch which divides Zürich's west end along a north-south axis has been improved at great expense. On one side of the roadway, you have an "old" quarter with relatively small, isolated structures. And on the side of the formerly exotic Steinfels complex, you will now find the domiciles of Cinemax and Tele Züri. And, of course, the same tower now houses the studio of star photographer Alberto Venzago. The large-scale Pulse 5 complex along with the Technopark hub were first to occupy the area where the Escher Wyss ship engine factory and the Maag gears factory were once located. But it was not long before other nearby buildings started shooting skyward: The Prime Tower, the Mobimo Tower, and the Zurich University of the Arts' Toni Areal. Together with the Migros Herdern high rise, the Hard Turm Park today forms Zurich's new gateway in the west.

In keeping with the times, hotel chains like Renaissance, Sheraton or the trend-setting 25hours Hotel have taken up residence in the new towers. By the way, the latter hotel not only shines with the colorful decor, but also with one of the best breakfast buffets in town. It is a royal treatment. So if you did not manage to reserve one of Zurich's in-demand brunch tables, you can always count on the 25hours Hotel... Early risers - or those who have a knack for making timely reservations – might want to RSVP a seat at the fireplace of the Ambrosi coffee bar. The Sunday brunch there leaves nothing to be desired.

And those who want to go up, up and away will have to try the brunch at Clouds, the "roof-top restaurant" in the Prime Tower. Here is one of our own brunch reviews. We teamed up with our fellow bloggers from Newly Swissed for this one...

Let's get to the crux of the matter: The restaurants and bars of the nightlife district. Les Halles and LaSalle are at the two ends of the spectrum, yet they stand just a stone’s throw from each other.

Les Halles at Pfingstweidstrasse is reminiscent of a Paris tohubohu. And just as their homepage aptly puts it, this eclectic combination of bistro/indoor market/mezze/tapas bar/used bike outlet has an effect akin to a "twitching nervous system that threatens to collapse nightly." The mussels with French fries are awesome. But without a reservation, chances are you will not get any...

The LaSalle in the Schiffbau, a converted former industrial building, is at the other extreme: Here, the effect is a chic glass-with-brick elegance. Accordingly, the prices are higher than at Les Halles, but this does not deter those foodies looking for a fine-dining experience. In addition, you need to try some of the old timers in Zürich’s West End, such as the Mexican Don Weber, the Swiss Studer's, the restaurant-cum-bookstore sphères, the Asians Angkor and Ly's, the Italian Rosso, the Spaniards Costa Brava, and Aubrey Bar run by three young trend gastronomes, the Equinox in the Renaissance Hotel, the market hall in the Viaduct and last but not least, Frau Gerold’s Garten - all of them within the shadow of the Prime Tower. When it comes to night clubs, you can hardly beat this neighborhood. Let me mention just a few in this category: Supermarket, Labor Bar, Hard One, Alice Choo (formerly Indochine), Hive or Härterei Club. On a normal Saturday night, the crowds begin to build starting from 11 PM when there is barely an open parking space left beneath the Hard Bridge...

The train viaduct is developing rapidly into a shopping and culture mile. Stylishly appointed shops line up alongside the market hall with its food stands, specialty shops and its own restaurant. Renowned photo agency Keystone regularly organizes aperitif parties for photography buffs in her “Westwing” photo studio. And the “Impact Hub” co-working space lines up at the end of this “string of pearls.”

Between Im Viadukt and the Prime Tower, another "high rise" reaches into the sky: The Freitag Container Tower, home to the legendary Freitag bags made of repurposed truck tarps. There is a roof platform with telescope on the topmost container - the view is worth the climb!

The proportion of foreign-born residents fell from 44 percent at the millennium to 26 percent in just five years, because increasing numbers of Swiss nationals moved to Zürich’s West End from more expensive quarters like Seefeld or the Enge. But now, the foreign-born population is on the rise again because rents are rising and high-earning Europeans are moving into this trendsetter hood. Around the Escher Wyss Square, Germans are by far the largest group of foreigners with 11.5 percent, followed by Italians with 3.1 percent and the French with 1.4 percent.

But not to worry, there are still apartments to be had in the Mobimo Tower! Just three million francs (and up) will get you in! Alternatively, consider the Escher Terraces on Escher-Wyss Square: The rent there amounts to just 10’000 francs per month. Walter Schaerer is the founder of travelmemo.com, a blog about affordable luxury travel. Based in Zurich, Switzerland, Walter has an extensive background in the travel industry and is a skilled photographer. This post has originally appeared on reisememo.ch; all photographs are copyright by travelmemo.com.

Walter Schaerer is the founder of travelmemo.com, a blog about affordable luxury travel. Based in Zurich, Switzerland, Walter has an extensive background in the travel industry and is a skilled photographer. From workshops to getaways, our guide covers the best Switzerland experiences that will leave lasting memories in 2023.

10 Steps to Settling in Switzerland: Opening a Swiss Bank Account (#3)

Opening a Swiss bank account is not as fancy as it looks in the movies. However, there are a few things to be aware of in order to make the process as smooth as possible. The last thing you would want is to get into a... Christmas in Switzerland – Ultimate guide to the holidays

Powdery landscapes, holiday foods, and traditions rooted in alpine culture: Christmas in Switzerland is more beautiful than any postcard.

Manage Cookie Consent
To provide the best experience, we use technologies like cookies to store and/or access device information. Consenting to these technologies will allow us to process data such as browsing behavior or unique IDs on this site. Not consenting or withdrawing consent may adversely affect certain features and functions.
Manage options Manage services Manage vendors Read more about these purposes
View Preferences
{title} {title} {title}
285 Shares
Share249
Tweet17
Share18
Pin1
WhatsApp