When people think of Switzerland today, they envision a wealthy, thriving, culturally diverse, and politically progressive nation. And they would be (mostly) correct.

It is certainly wealthy and thriving and is much more culturally diverse than it was a mere 20 years ago. But while the country is one of very few in history to have a direct democracy, social reform can be a little slow-going at times.

For example, Switzerland still only offers "registered partnerships" for same-sex couples and grants them no legal mutual-adoption rights. (Many Catholic countries in South America have had marriage equality for years.)

Swiss women have only been voting since 1971

Another example of slow political and social progress lies in the fact that Swiss women were only given the right to vote at the federal level in 1971. Despite being a small country, Switzerland is divided into 26 cantons - all autonomous, law-making states within the Swiss federation. Women in some cantons were afforded the right to vote on cantonal issues in the 1960s. But it was not until 1971 that a referendum finally led to a law being passed that allowed women to vote on national matters. A new Swiss film sheds light on (and endearingly pokes fun at) this fact, and offers a semi-fictionalized account of what life was like in Switzerland in the early 1970s.

“Die Göttliche Ordnung” (The Divine Order) opens with a montage of archival footage depicting loud, exciting, and revolutionary events that took place in America between 1969 and 1971, including Woodstock, the flower power movement, demonstrations against the Vietnam War, and Gloria Steinem’s “Living the Revolution” speech. A voiceover then cuts through the noise, saying “but back here, it was as if time had stood still.”

The scene changes to an aerial shot of a scenic, mountainous village in Switzerland, and the only sound we hear is the moo of an unseen dairy cow in the distance. It is a simple but brilliant opening scene that conveys just how different and out of touch Switzerland was a mere 46 years ago. Not only with the rest of the world, that is, but also with modern Swiss times. The fictional main protagonist of the film, Nora, is a devoted housewife and mother of two boys. She soon finds an ad for a part-time secretarial job at a travel agency in the local newspaper. Wanting to do more than mind-numbing housework, she casually and gently brings it up with her husband.

Hans is a well-respected man in the village who has recently been offered a pay rise at work with the expectation that he would vote against women’s voting rights in the upcoming referendum. With wounded pride, he forbids Nora from applying for the job, fearing that it would besmirch his image in the community and make him look like he is unable to provide for his family. After his wife brings it up a second time, Hans reminds her that he is her husband and ultimately has the legal right to decide whether she can work.

This sets off a chain of events that leads to Nora starting a women’s rights group in her village and rallying other women to the cause. This gives way to several heart-warming and humorous scenes as the women in the village band together and try to convince themselves that they are doing the right thing despite their husbands’ protests and threats. Die göttliche Ordnung is a well-acted, well-written, and self-aware movie that I thoroughly enjoyed watching. I highly recommend this film to anyone interested in Swiss culture and history. 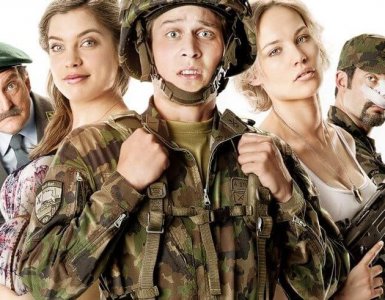 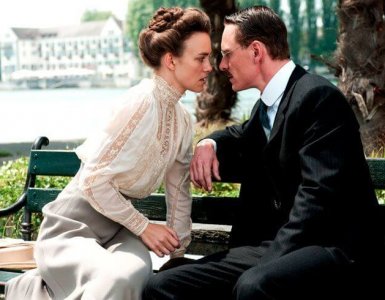 Manage Cookie Consent
To provide the best experience, we use technologies like cookies to store and/or access device information. Consenting to these technologies will allow us to process data such as browsing behavior or unique IDs on this site. Not consenting or withdrawing consent may adversely affect certain features and functions.
Manage options Manage services Manage vendors Read more about these purposes
View Preferences
{title} {title} {title}
95 Shares
Share95
Tweet
Share
Pin
WhatsApp