If you could take one thing with you, what would it be? Swiss Photographer Gabriel Hill photographs refugees with only one object in their hands.

In 2015, more than a million refugees crossed into Europe, fleeing war-torn countries such as Syria, Afghanistan, and Iraq. When we read about them in the local papers, our hearts go out to them as we learn about their plight of losing their homes, desperately seeking for a place to start their lives anew.

But our empathy lasts only until the end of the report. And our everyday lives remain unchanged because it is rare that we engage in the lives of the refugees around us, their struggles remain newspaper headlines and usually nothing more.

But if you had to flee your home because it was no longer safe for you to live there, what object would you bring along? Confronted with such a question, it makes one ponder a little more about the decisions any refugee or refugee family must make to decide what the most important things to take are.

ImPORTRAITS about Refugees in Switzerland

To raise awareness to the many faces of the refugees of Switzerland, the Swiss photographer Gabriel Hill has initiated a project to tell their story through portraits. ImPORTRAITS a portmanteau of the words "important" and "portrait", is a photography project lending a voice to the often forgotten stories and faces of the refugees around us.

Each photo is a portrait of a refugee sitting by a table with the most important object that they could take on their journey leaving their home. As a caption, each short biography comprises of the person’s name and age, their country of origin, their reason for fleeing and their reason for taking that object with them.

As a non-profit project, the campaign reaches out to the general public for support. ImPORTRAITS hopes to get in touch with many refugees in Switzerland in order to take their portraits. Of course, this would require contacts that are willing to take part in the project in the first place. By means of crowdfunding, the collected portraits will be compiled into a photo book and a final photo exhibition of the portraits.

Through social media, Gabriel Hill invites everyone to help spread the word. You do not need to be a refugee to take part in the ImPORTRAITS campaign, you just need to decide: If you could only take one thing with you, what would it be?

To help raise awareness, share your selfie with the object you would bring on Twitter or Instagram by using the hashtag #importraitsproject, or by posting on the Facebook page. All photos will be featured in the imPORTRAITS homepage. If you would like to support funding for imPORTRAITS, the project goes online on wemakeit.com starting May 10, 2016. The week of Art Basel is over. The restaurants are half empty. The streets are cleared of any art. No more affluent women in high heels... 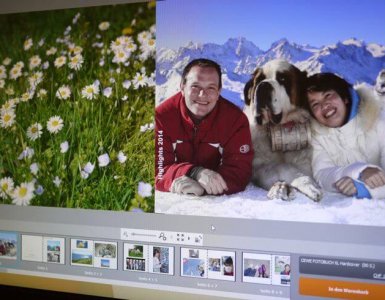 We are approaching a major milestone here at Newly Swissed: Our online magazine started out in February 2010, so we are looking back at almost five years in the making! All over Switzerland, we have slept on more stars...

Inside the Pipilotti Rist Exhibit at the Kunsthaus Zürich

Manage Cookie Consent
To provide the best experience, we use technologies like cookies to store and/or access device information. Consenting to these technologies will allow us to process data such as browsing behavior or unique IDs on this site. Not consenting or withdrawing consent may adversely affect certain features and functions.
Manage options Manage services Manage vendors Read more about these purposes
View Preferences
{title} {title} {title}
181 Shares
Share149
Tweet12
Share20
Pin
WhatsApp