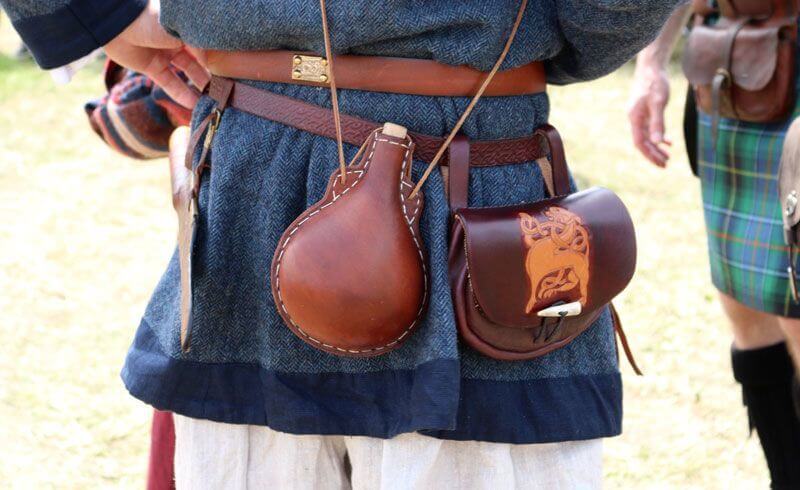 Less than 10 km from the historic Ritterhaus castle in Bubikon, real knights put up their tents for the Swiss Medieval Fair. But before we can enter through the gates, a knight in shining armor stops Mamiko for a photo op... Most visitors are dressed up – and I am not talking about Halloween costumes, either: They are wearing authentic clothing made of linen or leather. The colors? Call it 50 Shades of Brown. 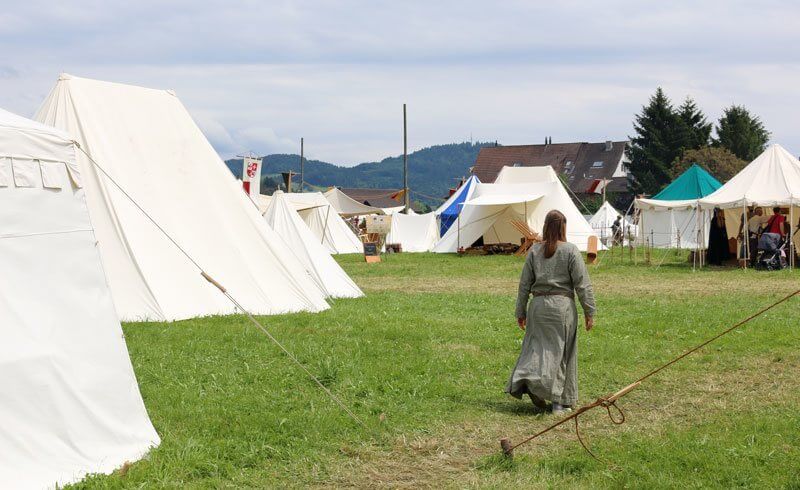 Maidens and noblemen are browsing the market booths for that cool Medieval accessory: Earrings, pendants, horns to carry liquids in, swords, and even halberds. (That's considered a weapon!) 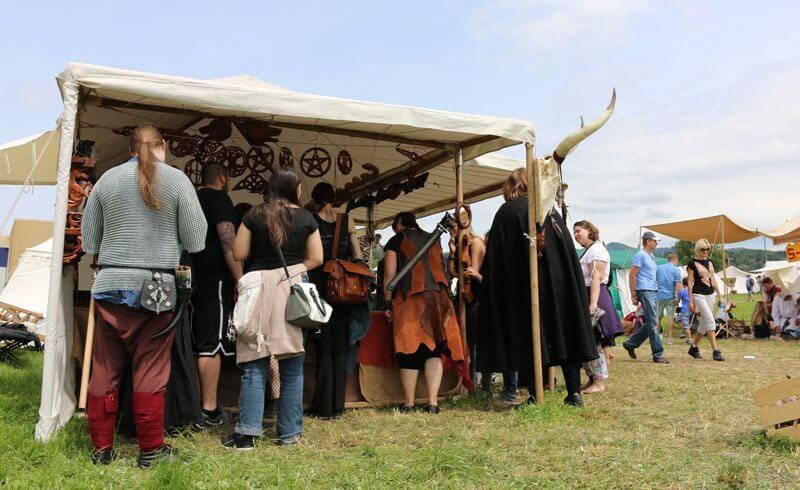 The tent village is huge. As we stroll among the merchants, we get to watch re-enactors make bread, mold iron or create hats using felting techniques. 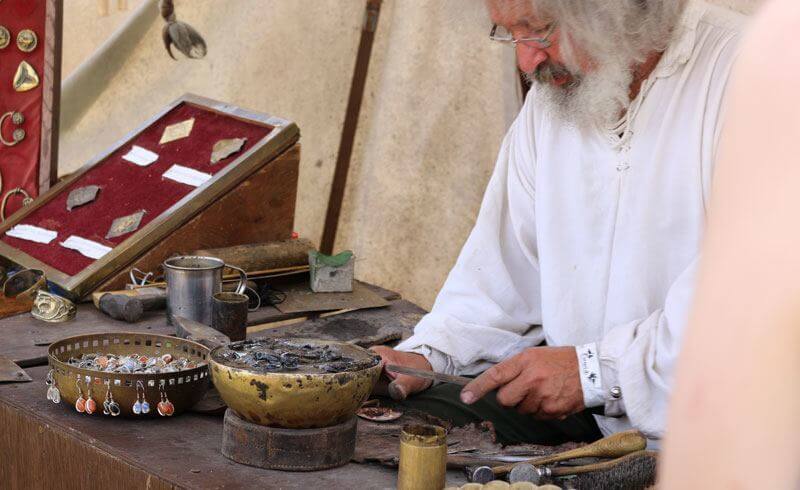 Others show how a Renaissance kitchen used to be run, and some live actors are re-telling the legend of William Tell. And yet a few booths over, a falconer introduces his bird Jack which has been starved ahead of the big show. During the performance, we learn some fascinating facts: Back in the day, the salaries for some Zürich priests used to be supplemented with “a hound and a falcon” for hunting (“ein Hund und ein Habicht”). Keeping a falcon is also very time consuming, or as the falconer puts it: "One falcon, one wife or two falcons, no wife." And sure enough: With the prospect of getting his claws on a dead crow, falcon Jack spreads his wings and swoops across the skies. He does grab the crow, and he fails to return to the square for several minutes until the falconer finds him in a nearby field... 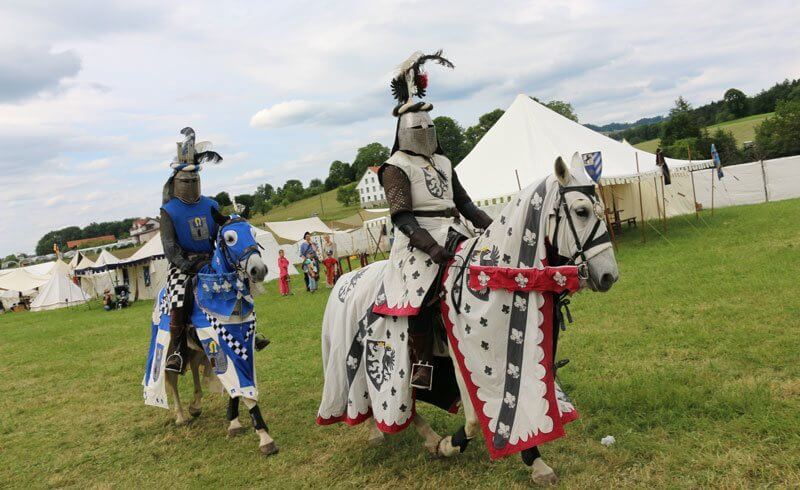 Next up, the jester announces the knight’s jousting tournament in old-time German. It is really fun to listen to her jokes while watching the knights and noblemen parade across the competition square on horseback. Today, we are going to witness a knights' duel as real as it gets! There is an entire storyline about a Swiss knight’s seeking revenge over his Austrian nemesis. The crowd is captivated: Is he going to win the jousting duel? How about for some Medieval Product Placement? (Brauwerkstatt Doppelleu with their aptly named Chopfab beer is one of the sponsors. "Chopfab" means as much as "head chopped off"...)

My Conclusion about the Medival Festival in Hinwil

I once got stuck in a Renaissance Fair in the US. But the Mittelalterspektakel in Switzerland plays in a different league entirely: The quality of everything from the costumes to the food is much better, and the festival spirit feels much more authentic.

There is even a Medieval band jamming up the crowds with their bagpipes and drums.

So the next time you see an announcement for a Mittelalterspektakel, consider getting a ticket to soak in the unique atmosphere. Europe is where all that Medieval stuff was happening some centuries ago, so it is truly part of history. In my opinion, a Medieval Festival is something to see at least once - unless you get sucked in and find out that in a previous life, you may have been a peasant or a knight... In this case, you will be going back again and again! 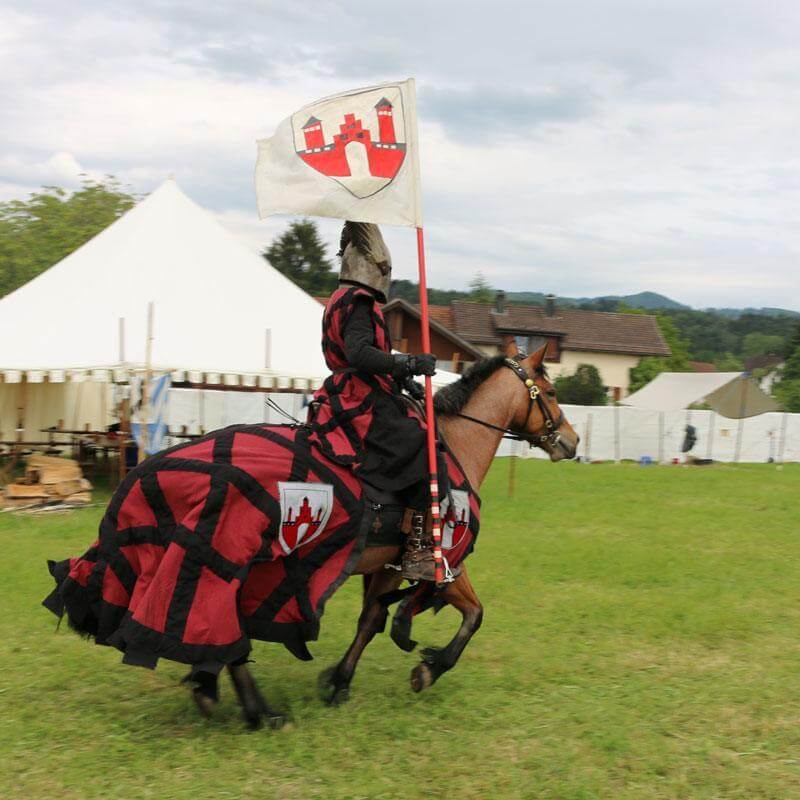 How to Celebrate 4th of July in Switzerland – Expat Style!

As an American expat living abroad, the interpretation of American holidays and traditions often get lost in translation. The 4th of July holiday is... 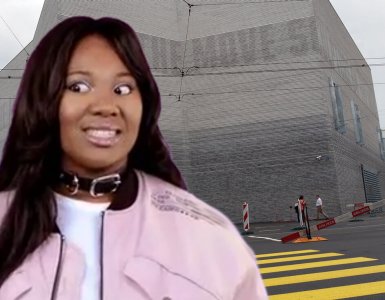 The time we took a stroll through the cemeteries in Zürich

Manage Cookie Consent
To provide the best experience, we use technologies like cookies to store and/or access device information. Consenting to these technologies will allow us to process data such as browsing behavior or unique IDs on this site. Not consenting or withdrawing consent may adversely affect certain features and functions.
Manage options Manage services Manage vendors Read more about these purposes
View Preferences
{title} {title} {title}
60 Shares
Share50
Tweet6
Share
Pin4
WhatsApp