Kino Xenix is one of Zürich’s best kept secrets for expat movie lovers.

Heck, it should really be at the top of the list for any relocation service, because Kino Xenix is one of only two movie theaters in Switzerland that shows the greatest number of original language movies every year. (The other one is Filmpodium.)

This is especially significant given that half of the screens in Swiss theaters show foreign language movies dubbed into German, French or Italian – and rising. I am sure you know why we love the original productions screened at Kino Xenix...

Kino Xenix is located on the former school grounds across Zürich's Helvetiaplatz. It was created by the youth movement of the 1980’s as an alternative to mainstream cinemas. Its name is a German pun on "see nothing", and the mission was to screen politically and socially relevant films.

"To this day, we still screen films we consider relevant, because they have something to say about the world and the times we live in. Or because they challenge the way we look at things – and the way we look at movies," says Senta van de Weetering, Marketing Manager at Kino Xenix, which is celebrating its 35th anniversary this year.

Like many of its founders, the theater has meanwhile become part of the cultural fabric of Zürich. Kino Xenix showcases monthly programs that focus on specific countries – often from regions where films hardly find their way onto commercial screens – actors, directors, cinematographers, or everything from road movies to movies set entirely on ships.

It also shows world premieres from time to time – like the recent "Goodbye to Language" by the legendary Jean-Luc Godard. The location is frequently handpicked by distributors or directors for its unique setting and as an attraction for true film lovers. Summers in the Courtyard

Among expats and locals, the Xenix is a favored spot for catching up on movies previously missed or those not seen for a while. It helps that there is a funky bar serving as sort of a hub for the neighborhood’s entertainment scene. I will go as far as stating that you have not experienced Zürich's film culture unless you have been to an open air movie at the Xenix. Every summer, they are shown on a big screen on the courtyard.

Grab some food and a beer from one of the special stands and enjoy your dinner at a table in the back. Or join the audience in the chairs up front. Either way, it is one of the coolest ways to experience Zürich's vibrant "Kreis 4."

Find information about events and special screenings at Kino Xenix in our events calendar. 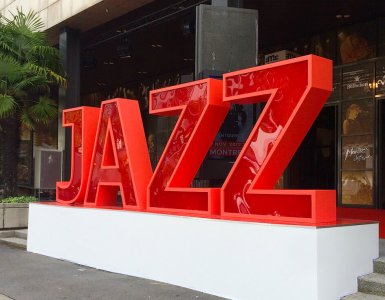 Whoever maintains a critique of Switzerland as a conventional closed community has never met the organizers of the 51st Montreux Jazz Festival... 8 Rentals in Switzerland that Cost 2500 Francs a Month

Manage Cookie Consent
To provide the best experience, we use technologies like cookies to store and/or access device information. Consenting to these technologies will allow us to process data such as browsing behavior or unique IDs on this site. Not consenting or withdrawing consent may adversely affect certain features and functions.
Manage options Manage services Manage vendors Read more about these purposes
View Preferences
{title} {title} {title}
44 Shares
Share44
Tweet
Share
Pin
WhatsApp