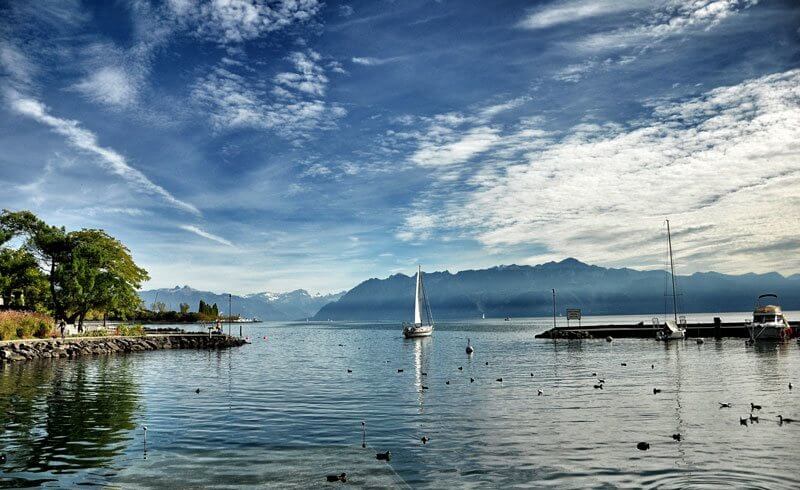 It took me two years to realise how to converse with the Swiss "Leute" - be it in the German or French speaking regions. Yes, it has been quite a learning experience to picking up a bit of both Français and Deutsch.

As of now, I am wholeheartedly continuing with only one of the two: German.

Let me go back to the first phase of my life here in Switzerland. What a place I was in! I used to live in the French part of Switzerland, which was beautiful. The views of Lac Leman were breathtaking, and what I saw beyond was equally appealing to my eyes! Amidst such surroundings where life seemed almost perfect, I hit the first road block: My inability to speak the local language. French was a challenge to begin with, despite having a small vocabulary. But to put words in a phrase was an entirely impossible task... Either way, I learned the sentence formations, got to know the significance of articles, tried practicing the phonetics and used my facial expressions (which was oblivious to me before). Basically, I took few classes at the university, and that is where my interest ended.

I was not motivated to learn this langue, and I also did not exactly surrounded myself with others making attempts to learn French. A few essential words and phrases were enough to buy, greet and get in touch with the locals. Any further conversations in French involved heavy bodily gestures on my part – some broken French with a lot of Anglais. 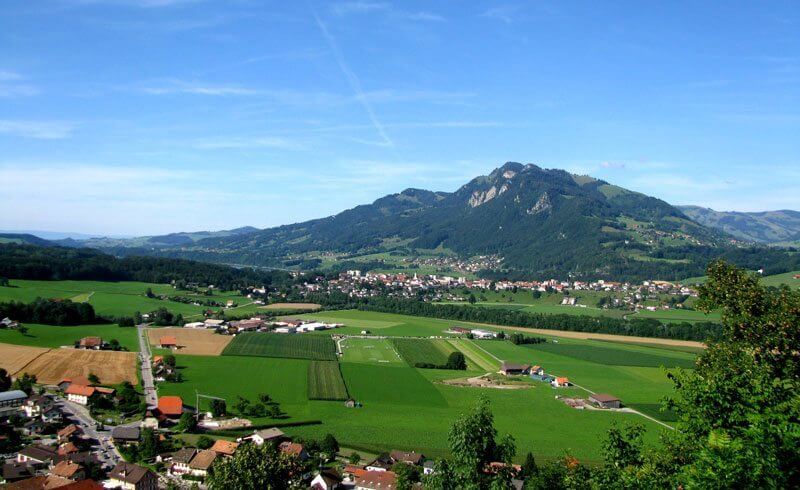 After waving au revoir to the post studies in the Romandie, I made a good effort to learn the basics of the next foreign language I was going to encounter: German.

At the very least, I studied the numbers, salutations, vowels, nouns, verbs and a few sentence formations. This limited knowledge would help me living in the German part of Switzerland - or so I thought.

I was a lone wolf all over again. Whenever my mind hit the “lost” button, I made an effort to ask Sprechen Sie Französisch? - and out came the swift reply Nein.

So English became the norm. Oh well, speaking ein wenig English with the Swiss in the German part seemed better than learning yet another national language! I was not complaining.

Inside me, I heard a voice which wanted me to learn at least one of the Swiss national languages properly. So I invested some Zeit in learning and started to interact with the locals. It is very interesting to note that the Swiss are very proud of their own German dialect. Of course, it comes out of their mouths very natürlich.

Words differ, and so do the dialects. But to master this is part of the learning process, isn’t it?

I can now finally say that I understand Deutsch better than Französisch. The learning is in progress and will take some more time before I can achieve another level. I am no longer a beginner, though, and I have set my sights to hit the intermediate mark soon.

Recently, on a weekend trip to the French part, it was normal for me to rely on German. While I was able to read and comprehend French words, it was challenging to understand French - and to reply... All I had in my mind was German!

It took me some time to form even a few sentences in French, but this time around I asked the locals Parlez-vous allemagne? Any guesses what the response was?!?

The answer was English! I just could not believe people preferred English over German. I had tapped right into an ongoing rivalry - so to speak: A cold war of languages in a multi-lingual country... At least I learned to survive! What did I learn from this? The simplest surviving technique in Switzerland involves learning a local language. Don't have even basic language skills? Then forget about enjoying life over here...

Even if your job or your circle of friends do not pressure you to learn: Sit back and think about how it would be if those visiting your home country did not understand a word and made no effort to learn the local Sprache? Would they be able to experience the country or the culture to the fullest?

As for me, it would be no big issue and I would try my best to accommodate such a "tourister". But a tourister is what we will be unless we make an effort to learn more about the place and the language where we live.

For those who did not know already: Switzerland is a country with four official languages. German, French, Italian and Rumansh, with English being the preferred language after the primary spoken language of the region.

Most anywhere, English is desired as long as someone makes an effort to learn a local language, too. With all but English, you can get by in big cities and tourist spots. However, there is no escaping once you are out of these areas or are planning to stay in Switzerland long term.

(All photographs copyright by Rajan Thambehalli) When spending a day in a Swiss city or while hiking in the Alps, you will realize that greetings in Switzerland are quite peculiar... Manage Cookie Consent
To provide the best experience, we use technologies like cookies to store and/or access device information. Consenting to these technologies will allow us to process data such as browsing behavior or unique IDs on this site. Not consenting or withdrawing consent may adversely affect certain features and functions.
Manage options Manage services Manage vendors Read more about these purposes
View Preferences
{title} {title} {title}
146 Shares
Share134
Tweet7
Share5
Pin
WhatsApp