Switzerland is frequently referenced in popular culture, and many famous visitors have gone on the record about the Helvetic Republic.

Be it banking secrecy, direct democracy, the Swiss Alps, cheese, or chocolate: Switzerland offers lots of narratives and unique things to talk about. Authors such as Mark Twain and Ernest Hemingway visited Switzerland during their lifetimes, prompting them to describe the experience in some rather interesting ways.

Here are some of the most famous quotes about Switzerland:

"(Switzerland is) a very successful but frequently frustrating alpine democracy."

"Switzerland would be a mighty big place if it were ironed flat."

"Switzerland is simply a large, lumpy, solid rock with a thin skin of grass stretched over it."

The part about the rock is still true and will never change. However, in many parts of Switzerland, the skin of grass has been covered by concrete and pavement. Personally, I agree with this quote by Mark Twain in that I consider Switzerland to be one gigantic National Park interspersed with some towns and cities.

"I love Switzerland. It's so clean and cool. We don't get much snow where I live so I get real excited in Lausanne and Geneva. I'd like to buy a house there when I'm older and settle down. It's all so cute that it looks like a movie set."

"Switzerland is my favorite place now because it’s so – nothing.
There is absolutely nothing to do."

"I have fond memories from growing up in Switzerland and drinking a glass of warm milk with a spoonful of honey before bed."

James Joyce, the famous Irish writer, is reputed to have once said that Zürich's Bahnhofstrasse was so clean that one could drink minestrone soup off it.

I would not advise it, though. Although still one of the cleanest cities on the planet, Zürich used to be even cleaner a decade or so ago…

"Switzerland is a place where they don't like to fight, so they get people to do their fighting for them while they ski and eat chocolate."

"Swiss cities remind me of the kid at high school who’s great at sports, has perfect hair, the best girlfriend, and the teachers all love him. He’s just too perfect."

"In Italy for thirty years under the Borgias they had warfare, terror, murder and bloodshed but they produced Michelangelo, Leonardo da Vinci and the Renaissance.

In Switzerland, they had brotherly love; they had five hundred years of democracy and peace and what did that produce? The cuckoo clock."

I beg to differ with Mr. Welles: contrary to conventional wisdom and kitsch culture, the cuckoo clock was actually invented by the Germans! And while we are on record, so were Lederhosen...

"Switzerland is a small, steep country, much more up and down than sideways, and is all stuck over with large brown hotels built on the cuckoo style of architecture."

Small it is, but where have all the brown hotels gone? Probably to Germany's Black Forest region, where the cuckoo clock was invented in the first place! It is amazing how many cuckoo clock references there are...

"Senator John Kerry released his plan today to eliminate the deficit. He said all we have to do is find a really rich country like Switzerland and marry it."

"A U.N. study claims the happiest country in the world is Switzerland. When asked why they’re so happy, Swiss people couldn’t answer because their hands were counting money and their mouths were full of chocolate."

"The Swiss have an interesting army. Five hundred years without a war. Pretty impressive. Also pretty lucky for them. Ever see that little Swiss Army knife they have to fight with? Not much of a weapon there.

Corkscrews. Bottle openers. 'Come on, buddy, let's go. You get past me, the guy in the back of me, he's got a spoon. Back off. I've got the toe clippers right here."

"They have a high standard of life, they speak many different dialects, they are cool. They like to party, they are proud of their Bratwurst. (…) In my opinion, Robidog is typically Swiss." 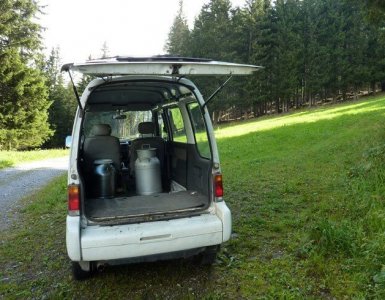 If Switzerland had a national beverage, it would be milk. Swiss milk is so popular that each person drinks an average of 233 glasses of it annually... 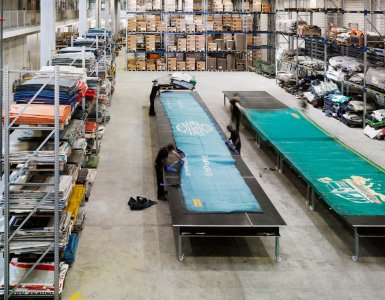 Manage Cookie Consent
To provide the best experience, we use technologies like cookies to store and/or access device information. Consenting to these technologies will allow us to process data such as browsing behavior or unique IDs on this site. Not consenting or withdrawing consent may adversely affect certain features and functions.
Manage options Manage services Manage vendors Read more about these purposes
View Preferences
{title} {title} {title}
134 Shares
Share126
Tweet6
Share
Pin2
WhatsApp