We’ve covered Swiss world records before, yet you’ve asked us for more!

From the smallest Whisky bar to the tallest wine bottle in the world, the Swiss have much in store that’s unrelated to the population’s (record breaking) cheese and chocolate consumption. Here are more Swiss world records with bragging rights:

Does it come as a surprise that this mountainous country boasts the world’s longest stairway? From all the available peaks, Mt. Niesen in the Bernese Alps makes the most sense for a staircase. 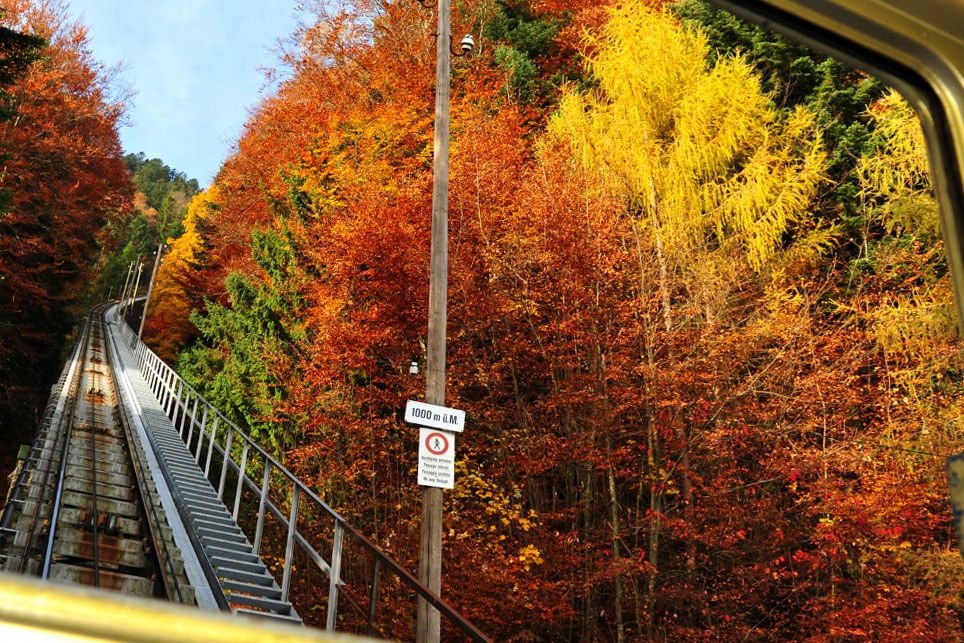 From a distance, its shape reminds of an Egyptian pyramid that’s asking to be climbed. While the 11’674 steps up to the top are a clear case for the Guinness Book of World Records, they are actually intended for maintenance workers of the funicular that runs along the staircase.

And the world’s longest suspension foot bridge located near Zermatt.

Here is a world record born from practical considerations: How to cross a valley floor in the most efficient matter? The world’s longest suspension bridge for pedestrians is located in Switzeland’s south. It connects Zermatt and Grächen in the Valais region, and it measures no less than 494 meters in length. Here is a hiking guide on how to get there. (The closest point is Randa, a 2.5 hour hike away from the bridge.)

The Valais is home to yet another world record. In the car free town of Saas Fee, the Metro Alpin funicular was built to transport snow enthusiasts to the top through a tunnel.

Hence, it is effectively a subway connecting the town to a peak at an altitude of 3445 meters above sea! It holds a world record for the highest funicular with two coaches and a passing loop. A Swiss has grown the world’s heaviest pumpkin.

Despite being a culture where Halloween is not really celebrated, the Swiss have a green thumb when it comes to growing large pumpkins. In 2014, Beni Meier (then 30 years of age) had grown a pumpkin that came in at 951 kg. This is an unofficial world record. But because of a hole in the bottom, his monster pumpkin was not allowed into the world competition!

How about the world’s largest collection of “DO NOT DISTURB” signs?

Knock, knock: “Room service!” One Swiss accountant’s life changed forever when back in 1985, he spotted a spelling mistake on a “DO NOT DISTURB” sign. Jean-François Vernetti of Bern told the people at Guinness World Records that he had taken the sign home to show it to a local newspaper who published a photo of it.

More than thirty years later, Vernetti has collected DO NOT DISTURB signs from 189 countries. At last count, it was reported that he holds 11’111 different signs in his collection – a world record. Apparently, the collector will often book quick one-night stays at hotels in order to get a hold of yet another sign… The Swiss set the Guinness World Record for the most people printed on a postal stamp.

Back in the 1990s, the “A” stamp with its 0.90 franc denomination was widely used for priority mail. In June 1996, some 10’070 people squeezed into a square the size of one square centimeter.

Sounds impossible, right? In fact, the participants were placed inside a stadium in Bern and a photograph was taken from a chopper. It was later produced as a commemorative stamp, making it the stamp containing the largest amount of people.

The oldest wooden home in Europe is in Switzerland.

Haus Bethlehem has been around since the days of the legendary founding of Switzerland. It was build in 1287 as a wooden structure and archeologists were fascinated to learn about its origins during an inspection in 1987. With living spaces on two floors, the building must have belonged to nobility at the time.

Due to the small windows of only 40 by 15 cm, the rooms are very dark and smokey. The house had no chimney, so the smoke from the open fireplace could only escape through windows or the roof. On the flip side, the smoke darkened the wood, making it solid as rock. 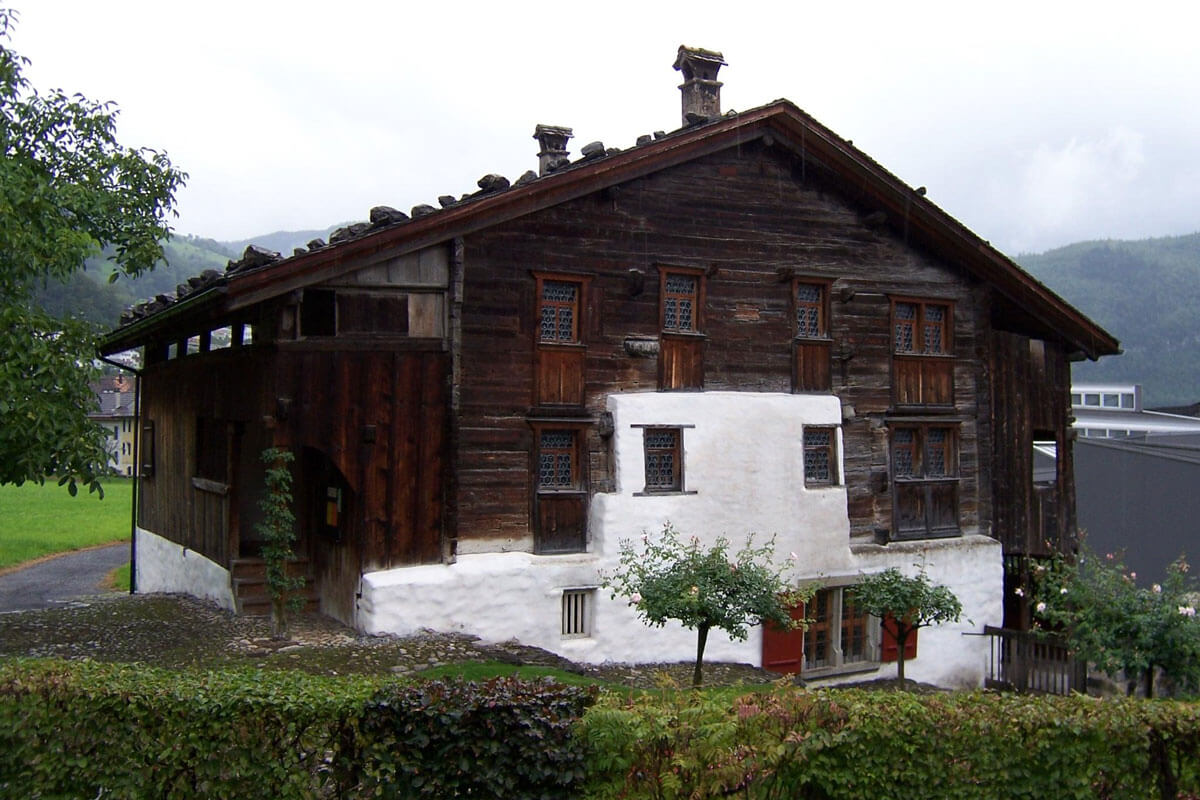 The world record for the most tandem loops in one jump was set in Switzerland.

One day in August 2010, two Hungarians set off with their paragliders high above the Walensee. Before landing on the ground with a dizzy head, the two daredevils would go on to perform 45 consecutive loops. By doing so, they effectively set the world record for most tandem loops in one jump.

They later told the World Record Academy: “We didn’t plan to do so many. We were just in rhythm and carried on doing the loops.”

So Swiss! They hold the world record for the most alphorns played at once.

During the 2015 World Exposition in Milan, the Swiss Yodeling Association made an unforgettable appearance on the square in front of the cathedral. No less than 420 Swiss alphorn players had traveled there by train to perform in unison. By playing the famous Rossini overture from Wilhelm Tell, they not only set a world record but also celebrated the long lasting peace between Switzerland and Italy. 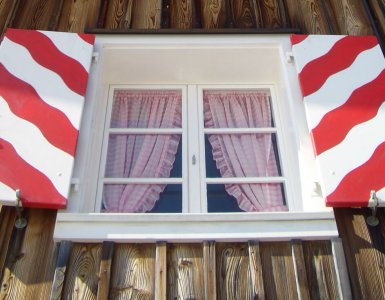 How well do you know Switzerland? Take our new Swiss quiz!

Switzerland is the origin of numerous famous inventions, pioneering ideas and leading businesses. Who knew that a long list of inventions, from...

What sounds like the name of an action figure kind of is: Jet Man is Swiss inventor and aviation enthusiast Yves Rossy, also known as the guy with the coolest hobby ever! Yves has become an international superstar...

Manage Cookie Consent
To provide the best experience, we use technologies like cookies to store and/or access device information. Consenting to these technologies will allow us to process data such as browsing behavior or unique IDs on this site. Not consenting or withdrawing consent may adversely affect certain features and functions.
Manage options Manage services Manage vendors Read more about these purposes
View Preferences
{title} {title} {title}
140 Shares
Share140
Tweet
Share
Pin
WhatsApp