Why Instagramers will love the new GoldenPass Express train 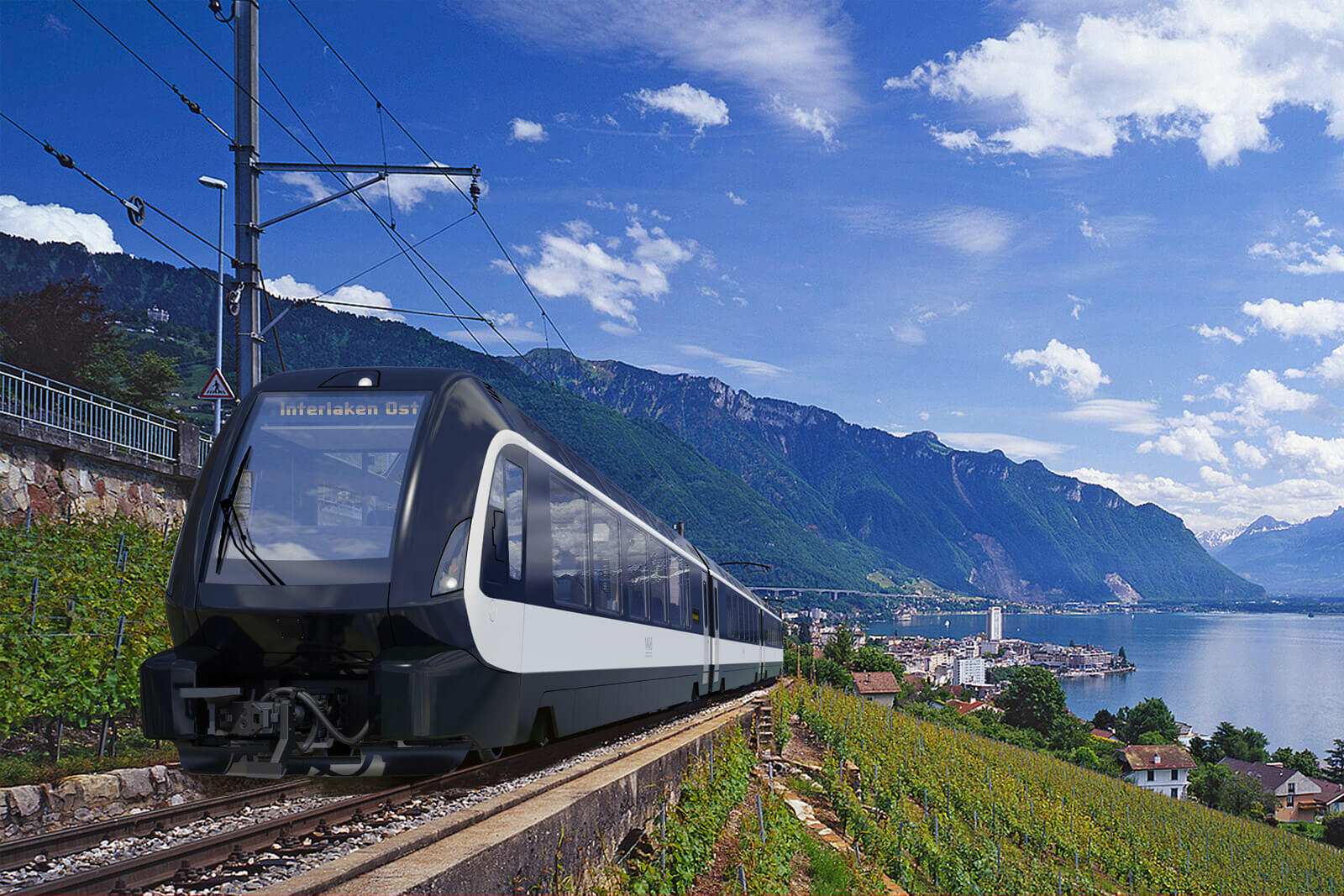 Among Switzerland’s panoramic trains, the GoldenPass wins our fictitious award of being the most surprising.

That's because the MOB rail company maintains various compositions, and you never know which one you will get. (Unless, of course, you research the timetable and plan your journey accordingly.)

For instance, my recent trip to Gstaad was on the historic Belle Époque coach. I felt like a time traveler as my train passed the alpine landscape with grazing Simmental cows. Then, a couple of hours later, Mamiko followed on a GoldenPass train featuring front-row seating and views of the rails.

When Ferrari designers go to town on a train

For the overhaul of their fleet, the Montreux Oberland Bernois Railway (MOB) hired a renowned design firm. Pininfarina is located in Northern Italy near Turin, and their 700 employees are catering to clients such as Ferrari or Maserati. (Outside of automotive, they also design trams, yachts and even private jets.)

You could say that the GoldenPass Express is basically a Ferrari on rails, except for the color scheme. Instead of racing red, the train will be painted in royal blue and while.

Having observed various trains in Japan recently, I noticed that many appear very sleek, seemingly having their own personality. I feel the same way about the new GoldenPass Express train: it looks like a train from the future!

Thanks to the engine being located in the center of the composition, the front coach is for steering only. With no driver helming the train up front, this allows for an unobstructed views of the rails ahead - although the window is smaller than on current trains for higher safety. As is the case in current panoramic trains, passengers will be able to pay a surcharge of 15 francs for premium seats. Attached to a raised platform, some VIP seats will even swivel 180 degrees for an immersive POV experience.

In the age of Instagram, the engineers have positioned lighting inside the train to minimize any reflections on the windows. The glass has been engraved with a microscopic pattern to further reduce glare. With windows spanning almost floor to ceiling, we cannot wait to hop on and tell our first Instagram Story...

More innovation than meets the eye

The sleek design may be the most obvious novelty, but there is even more innovation hidden from sight. Have a close look at the front coach and its wheel covers. Do you notice the bulky back covers? As a world’s first, the GoldenPass Express train will be able to switch tracks on the fly!

I feel your stare, so let me explain: according to MOB, the idea of connecting Lake Geneva with Gstaad, Lake Thun and Lake Brienz was born in 1873. Connecting the three tourism hot spots of Montreux, Gstaad and Interlaken was easier said than done, however, because the railway companies involved ended up building tracks of different gauges.

Still today, the tracks between Montreux and Zweisimmen are 1000 mm apart while they widen to roughly 1435 mm between Zweisimmen and Interlaken. This is the reason why travelers have to switch trains in Zweisimmen before continuing on their journey.

About a decade ago, MOB commissioned Alstom with figuring out a technology allowing a running train to switch from a wider gauge to a narrower one - or vice versa. The technology is currently being tested and has been successful in bridging this gap.

Once the new GoldenPass Express is rolled out, the magic gauge switch will take place unbeknownst to passengers. During a slow-down to 15 km/h, the wheel base will expand or contract to fit the new gauge within seconds.

A bit more patience is required as the new train will go into service in December 2022. In many respects, the Swiss countryside resembles a model railroad setup. Sit back and relax while we take you on a journey through miniature Switzerland with the best of tilt-shift photography! Apparently, those cute little blue cartoon characters do not just live in mushrooms. Geneva's Smurf Buildings are a world unto themselves... Heidi.com – From a Swiss Basement to International Music Stages

It all started in 2004, when two brothers-in-law decided to gain some e-commerce experience selling Swiss products around the world. Heidi.com is a...

Manage Cookie Consent
To provide the best experience, we use technologies like cookies to store and/or access device information. Consenting to these technologies will allow us to process data such as browsing behavior or unique IDs on this site. Not consenting or withdrawing consent may adversely affect certain features and functions.
Manage options Manage services Manage vendors Read more about these purposes
View Preferences
{title} {title} {title}
183 Shares
Share159
Tweet
Share
Pin24
WhatsApp