Wind in the hair and sun in the face on Mt. Stanserhorn

A cabin with an open upper deck: the Stanserhorn near Lucerne operates the world's first topless cable car.

On opening day, the new cabin is hanging quietly in a corner of the valley station, waiting for its first "official" run up to Mt. Stanserhorn in Central Switzerland: The world's first topless cable car, called CabriO.

There is sound of alphorns, Schwyzerörgeli music and yodeling in the air. A very traditional Swiss atmosphere, only interrupted by the arrival of a German priest. He is blessing the CabriO cable car before its "maiden voyage" – including an "Our Father" prayer with all attendees, including journalists.

Now the CabriO is starting to move, flying with 8 m/26 ft per second high above Lake Lucerne towards the summit of the Stanserhorn.

The wind is blowing through my hair, the summer sun is shining into my face. Nothing is obstructing the 360° view that reaches almost to the German border towards the North. After arriving at the summit station on 1850 m/6070 ft above sea, the passengers are getting off the cable car in a similar way as they would exit an Airbus A380: Via an upper and a lower exit. The CabriO cable car is a novelty in the world

The topless cablecar – which has also a closed lower deck – is the world’s first of this kind. It is made by Garaventa, a manufacturer whose headquarter is in nearby Goldau in Central Switzerland.

They have built many cable cars spread all over the world, for example the one up to Grouse Mountain in Vancouver, Canada.

CabriO is the successor of the old cable car of 1975, and before this one was established, visitors of the Stanserhorn even traveled the steep slope up to the summit with a funicular railway. Today, the funicular is only used to bring passengers from Stans at the valley bottom to the lower station of the CabriO.

In contrast to "normal" cable cars, the cabins of the CabriO are not attached on one wire cable to its top, but on two to its sides. Thanks to this, the passengers enjoy an unobstructed 360° view on the 2320 m long ride.

On the summit, visitors will find another attraction: a rotating mountain restaurant with a great view of the Central Swiss Alps. Along with the topless cable car, the panoramic views obviously make the Stanserhorn an attractive destination in Central Switzerland. Going back down towards Stans, the alpine sounds are back: Accompanied by a Schwyzerörgeli, a man and a woman are singing in their Central Swiss dialect: "Come, let’s go to the Stanserhorn, with the funicular and with the CabriO-olé-olé!"

Driving home, we can’t get the melody out of our head. Stanserhorn and CabriO, see you again soon! 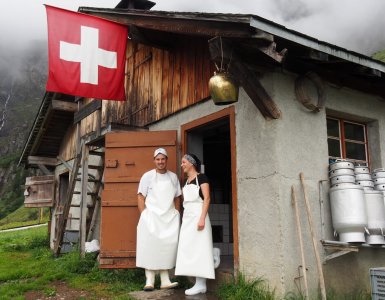 Switzerland is tiny in comparison with many other countries. Yet, some alpine meadows go unnoticed. At Musenalp, we witnessed alpine cheese making... 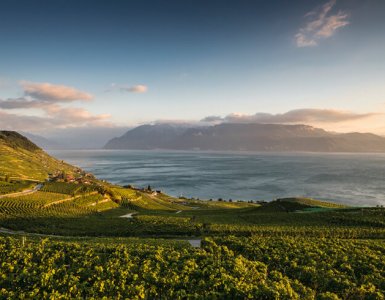 Assuming you have mastered the alphorn and have floated in Switzerland’s lakes, you may be wondering: What’s next? These five summer experiences... 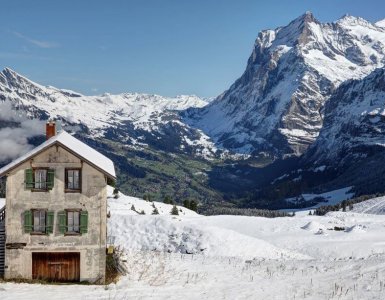