Swiss beers: everything you need to know 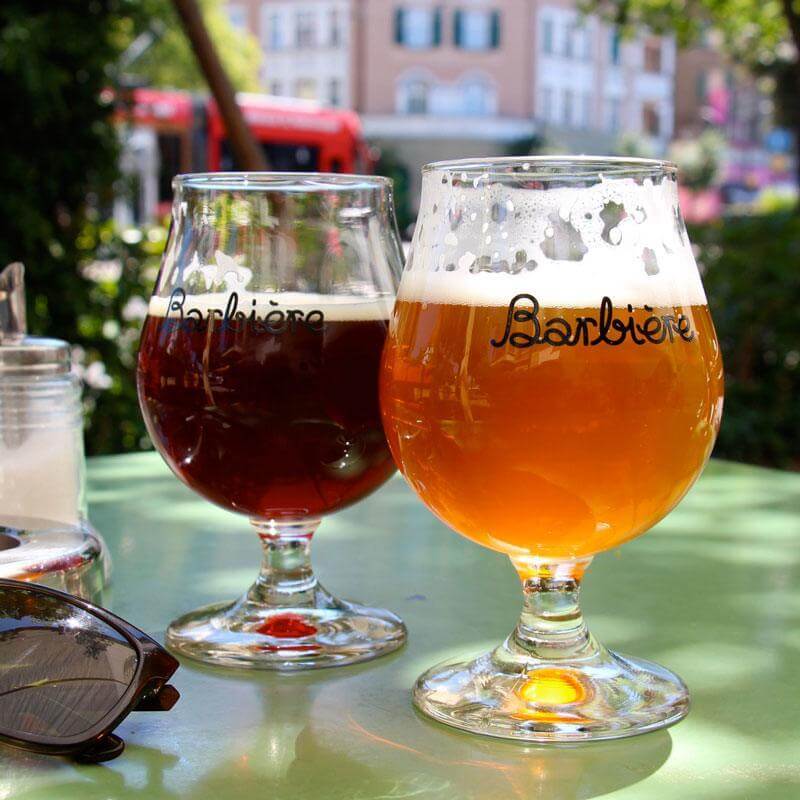 Beer is one of the oldest fermented beverages known to mankind. Its history has been documented as far back as the ancient Egyptians and Mesopotamians, and some believe that beer was brewed as early as in the late Neolithic period some 11'500 years ago.

Today, beer is the third most widely consumed beverage after water and tea, and it is a multi-billion dollar industry. Yet, despite its popularity and monetary allure, beer has garnered little attention in Switzerland - until recently.

This infographic shows the most consumed beers in each country. To quote The Economist: "Every beer on the list is of the insipid, samey kind - they do not tell us an awful lot about the beer culture of the country because each represents the lowest common denominator.” The beer shown for Switzerland is Feldschlösschen (a.k.a. Feldschlössli), a brewery which became part of the Carlsberg group in 2000.

Today, Carlsberg brews one third of all the beer in Switzerland despite the fact that as of April 2015 there are some 479 active breweries in the Alpine Confederation. This makes Switzerland the country with the most breweries per capita:

The dawn of a new era: Swiss IPAs

In the past ten years (and especially the most recent three), brewing has taken off again in Switzerland. Small brewers are breaking with the tradition of brewing the "samey kind" of lager (a.k.a. Helles or Blonde) and are spicing things up. Sometimes literally, like 523 from Köniz that makes a Caraway Saison beer, and Bier Factory Rapperswil, which has recently brewed an "absinthe" IPA.

Like in the US and the UK, IPAs (India Pale Ales) have become fashionable in Switzerland, though not all producers are hitting the right flavor profile. In general, Swiss IPAs tend to be maltier and hence sweeter than their British and American cousins.

Some tasty Swiss IPAs worth trying are the IPAs from 523, the XXA from Bier Factory Rapperswil, and the Tropicale IPA from Brasserie Trois Dames and the brilliant Storm & Anchor IPA.

With so many brewers, why is Swiss beer still not a major topic, especially in the gastronomy scene?

In part, this is due to the typical Swiss problem of small production. Producers do not achieve a large enough market share to be interesting to the masses. Along with Carlsberg and its subsidiaries’ 34% dominance of the Swiss beer market, 18% is held by Heineken International and its Swiss subsidiaries (Calanda & Ittinger) with an additional 26% of the market being devoted to imported beers. This boils down to 78% of the beer market being occupied by pretty much "the samey kind" of beer.

The Brauerei Locher, maker of the famous Appenzeller Bier, holds about 3.5% market share and is one of the leading independent breweries in Switzerland. This year, the "startup” brewery Doppelleu Brauwerkstatt (aka Chopfab) is set to break the 1% market share threshold to become profitable after three years of aggressive marketing and almost unprecedented growth.

The big guys have established themselves through acquisitions and mergers. So now, "local brews" like Gurten Bier are no longer being produced in Gurten, where one would expect, but at the Feldschlösschen Brewery in the canton of Aargau.

In order to reach these levels of aggressive growth, the big breweries have virtually unlimited financial resources. This also makes them prime lenders to restaurants and bars which can receive massive interest free loans in exchange for exclusivity rights.

Paying for the interior design of a bar or a restaurant might sound risky. But in exchange, a brewer enjoys exclusivity on beer and often soft drink sales and receives a huge canvas for marketing. The risk of business failure remains with the bar’s owner, however. When it comes to Swiss beers, different is interesting

Part of Doppelleu Brauwerkstatt’s and Locher’s success has been in breaking with tradition. Locher produces some 26 different beers, among them brews with hemp, chestnut, rice or pine, as well as a Belgian style strong beer.

Doppelleu broke with continental tradition and started producing top fermented beers (English style ale brewing). They also created two different brands under the same company: Chopfab - the introductory beer made for everyday beer drinkers who are looking for a better than usual lager alternative, and the Doppelleu brand of premium beers that are more aromatic thanks to better hops and special aging techniques (like in old whisky casks). Humans are creatures of habit and when it comes to beer, we are no different. It is how the giants in the beer world became so big to begin with. When people find something they like, they want to keep going back to it: Either you are a Migros or a Coop child, a Sinalco or Vivi Kola fan, a St.Galler Bratwurst or Cervelat eater.

A member of the Swiss Brewers association told me that she once was a a meeting of the Gesellschaft zur Förderung der Biervielfalt (Society for the Promotion of Beer Diversity) and half the members ordered a “Stange” (0.3 liter of lager beer): “Where’s the diversity there?” she exclaimed as she recounted the experience.

Obviously, what some people deem as beer diversity has more to do with maintaining small breweries than having them actually produce different kinds of beer.

Switzerland remains an island of light, non-offensive, lightly aromatic lager beers in Europe, having never really enjoyed the more bitter (hoppy) beers of Germany or the Czech Republic or the dark and malty ones of countries like England and Ireland, or the sweet, spicy and strong of Belgium.

Many of the 479 breweries are still just brewing their standard lager (a.k.a. Helles Bier) for their local markets, but several brewers are shaking up the scene and working to increase interest in beer and brewing standards in Switzerland. Testimony for the increased awareness is the fact that the country has gone from having but a few beer festivals each year to 11 in 2015, three of which are happening for the first time. 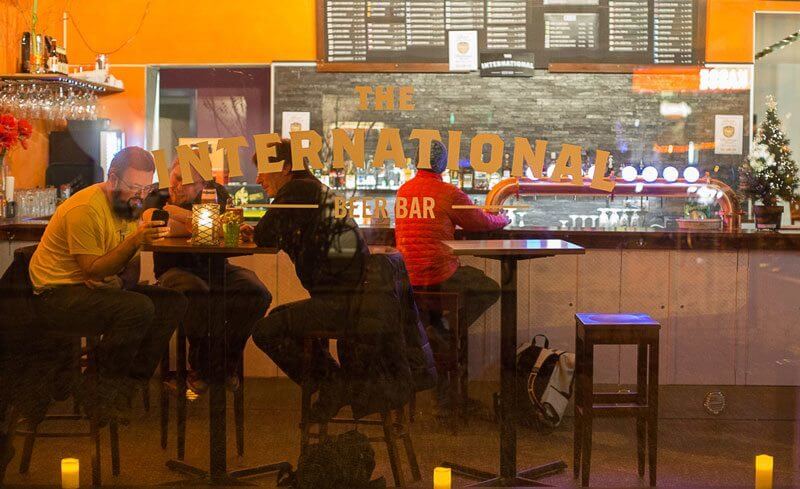 Beer bars, long commonplace in other countries, are also springing up. They are working to not just show off a set selection of mainstream beers, but a varying assortment of specialty beers based on seasonality, regions and brewing styles. Examples of these are The International in Zürich, Barbiere in Bern, and Erzbierschof in Winterthur, Bern, Zürich and Liebfeld. There are also websites dedicated to beer in Switzerland like Bov’s Beers and Brauerei-Kompass, which can help inform curious beer connoisseurs.

And finally, some Swiss breweries to watch... 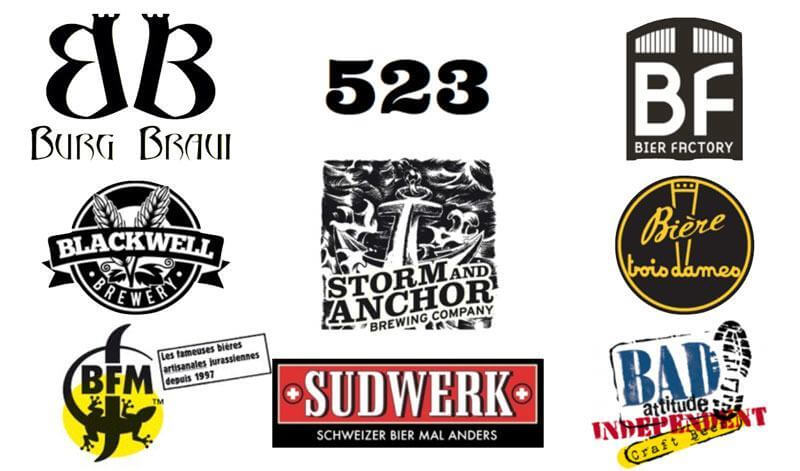 In Switzerland, there’s a cookie for every taste. Beyond the classics, here are five original Swiss cookie recipes to try out this season.

Zürich’s beer scene welcomes a new player: Grain. Over the past few years, the beer scene in Zürich has started to develop - though it is far from mature...

10 Appenzell foods you must try in your lifetime

Manage Cookie Consent
To provide the best experience, we use technologies like cookies to store and/or access device information. Consenting to these technologies will allow us to process data such as browsing behavior or unique IDs on this site. Not consenting or withdrawing consent may adversely affect certain features and functions.
Manage options Manage services Manage vendors Read more about these purposes
View Preferences
{title} {title} {title}
15 Shares
Share10
Tweet
Share5
Pin
WhatsApp