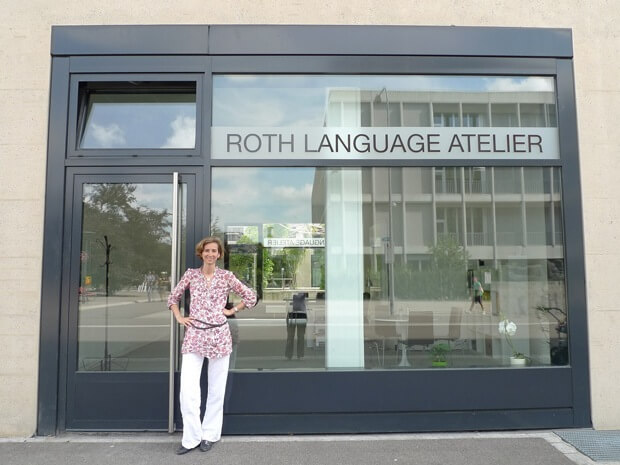 I have been taking German lessons for just over a year now and at the risk of sounding annoying, I am rather pleased with the progress I have made.

There are still plenty of wobbly grammar moments, but slowly but surely I'm getting the hang of what I like to think is a puzzle of a language. I certainly wouldn't have pieced so much together in such a short period of time without the help of my teacher, Helene Roth.

I asked Helene to share some of her opinions on teaching High German in Switzerland, where Schwiizertüütsch reigns (about 60% of) the land.

What are the most common High German/Swiss German mix ups you've encountered during your classes?

The most common mix ups are related to everyday words such as “Kollege” for the word “friend”, which in German means “co-worker”. A “friend” in High German is “Freund”.
Or “Billet” for the High-German word “Fahrkarte”,
“Velo” for “Fahrrad”,
“Spital” for “Krankenhaus”,
“Tram” for “Strassenbahn”.

There are many more examples and it’s totally fine to use them in the classroom setting.

Why do you think it is important for people to learn High German in a country where Swiss German is spoken? What would be your advice to anyone who insists on starting with Swiss German first?

Swiss German is a German dialect and is not a written language. It is always easier to learn a written language which has rules that you can follow. Those who learn the dialect first and need to start writing in German because their job requires it, or because they would like to start reading and writing emails or letters in German, have a very hard time doing so. Even the Swiss write in High German, at least for official business - and there is no way around it. That’s why it is easier to start with learning High German. No one goes to Quebec and says he or she wants to learn Quebecois. They start with French first.

That is also why most language schools do not offer Swiss German classes for beginners, only for German speakers.

I also believe that if you weren’t born here, mastering both High German and Swiss German is very difficult. But it is true that when you speak Swiss German, your integration is faster and you will connect better with the Swiss.

What are your arguments for learning German in a country where English is so widely spoken? In general, do you believe it's important to learn the local language as an expat? 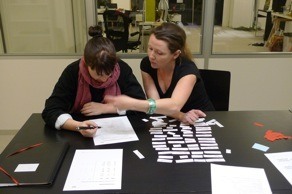 Being an expat in Switzerland is different to being an expat in Germany. There is no “survival” need to learn German in Switzerland. If you go to the supermarket, you hardly need to speak at all anyway and there are gym classes in English, movies in English, theatre shows in English, English-speaking doctors, bankers, waiters and post-office employees, Clubs for English speakers, International Schools, English speaking friends, English-speaking baby-sitters and dog-sitters, hairdressers, TV programmes etc. That is what I usually call “economic intelligence”.  The same can be said for French or Italian speakers.

But once you decide that you will stay in Switzerland, you realize that if you don’t speak German, you are cut out of a lot of things and most importantly you realize that you don’t know much about this country and its people. If you want to understand Swiss people, meet Swiss people and really live like a Swiss - to do so you need to learn the language, your children need to go to the local schools and you need to start doing what the Swiss do. That doesn’t mean that you have to give up your own culture and language.

Many students tell me that they learn German in class but never use it or need to use it outside. That’s mostly because they avoid using it. And so after a while they give up, thinking that there is no need for it. Those who do use it seem to enjoy it very much and their improvement and progress is much faster - they just seem happier in Switzerland.

Do you think having traveled and being a linguist yourself has helped you to develop your teaching methods? Do you feel this helps you to understand some of the difficulties your students may have? Sometimes, I regret that it is so difficult to use what they learn in class and so easy to speak English (or French). There is no better method of learning a language than total immersion, which you don’t really get here. That is the only thing I regret because often I am the only person they speak German with in a German speaking country.

That is not only frustrating for them but also for me. Nevertheless, my roll is to encourage them to learn the language and have fun while doing it and take advantage of being here. In the end you might not notice it, but you are in fact surrounded by the German language everyday and everywhere you go.

What are some of the best ways to practice a language outside of class?

Enroll in local activity classes or join a club. Invite your German speaking neighbor for coffee and send your child to a local school. Listen to the local Radio and TV, go to “German” meet-up groups, read the menu in German etc., and speak to the hairdresser, post office employee, waiter, and doctor in German. It’s many small efforts that will pay off and show on a bigger scale.

I always tell my students that it’s not about making mistakes, it’s about speaking. I have never met anyone who learned a language without any effort and without making mistakes. All those who have learned have succeeded in improving. Push beyond your limit and don’t give up. You will never regret having learned German, you will only regret NOT having learned it.

Helene Roth was raised bilingual (French-German) and has lived and studied in Germany and France for many years. After she finished her Master’s Degree in International Relations and French as a Foreign Language, she taught at the Alliance Francaise of Ciudad Juarez in Mexico as well as at the Alliance Francaise of Houston in the United States. From 2006 to 2008 she was the Executive Director of the French-American Chamber of Commerce in Houston. In this function she led many seminars on French-American business relations and coached French companies entering the Texas economic environment. After she moved to Upstate New York she managed a local language school where she also taught Corporate French and German.

She moved to Zurich in January of 2010 and decided to start her own language instruction focusing on individual needs.

It took Christine longer than the average person to realise that not everything she wants to do can be packed into one lifetime. Her resulting approach to life is to try anything that takes her fancy in bite sizes and to see where her appetite takes her from there. Right now she's hungry for fluency in German! Hello together! Welcome back to Swinglish University! I am so exciting about presenting you a follow-up to my earlier post! Here are some more amusing expressions to add to our Swinglish dictionary. Again, the intention... Graubünden happens to be the only officially sanctioned, trilingual state in which the Romansh language holds the official status. You would think that... 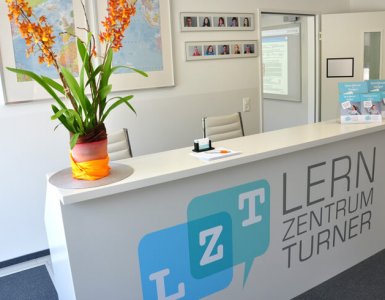 What makes a language school immersive? Lernzentrum Turner may have the answer.

Switzerland is a linguist's delight. The variations in languages complement the diversity in this tiny...