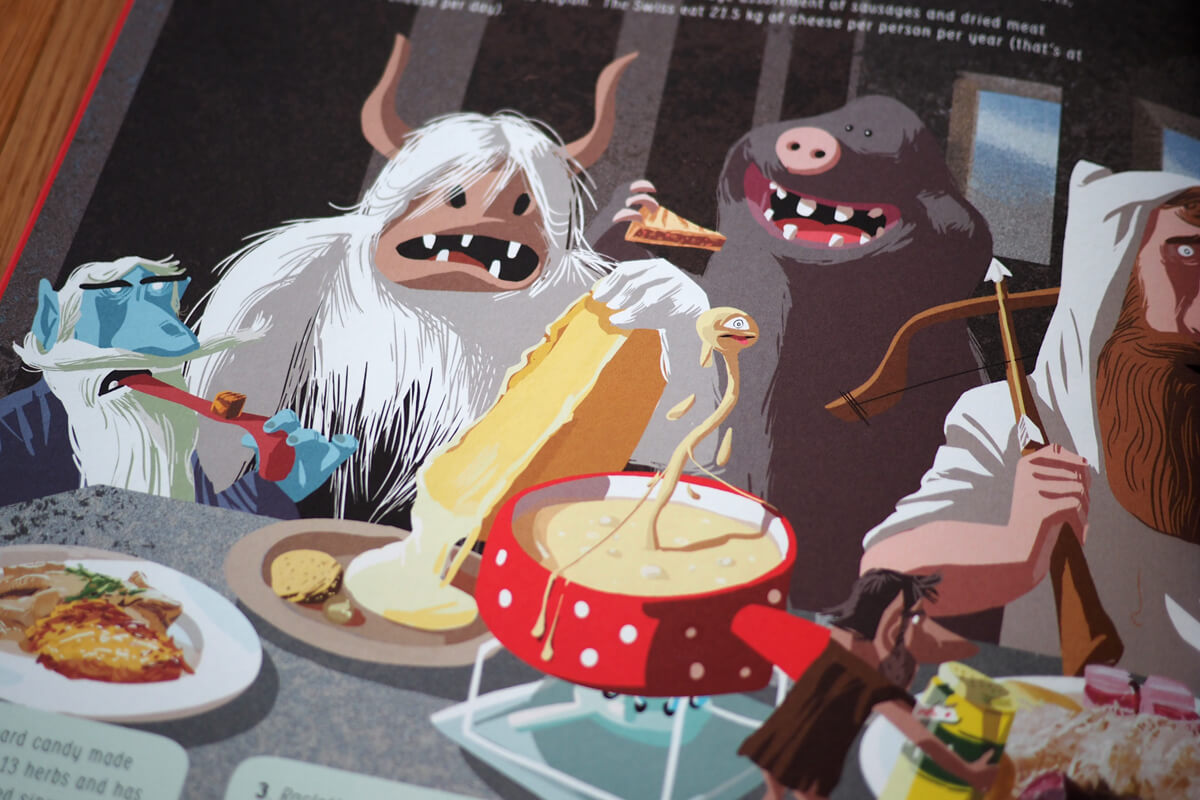 Switzerland is a country with a rich heritage of legends and myths.

Most intriguing are the age-old tales of scary creatures that inhabit the Swiss mountains and valleys. These monsters are rarely spotted by humans - unless there is a festival. Because just like the Swiss, some of these Swiss monsters simply cannot resist a good party...

Just in time for Halloween, here is our run-down of scary Swiss “monsters” you should know about:

In other cultures known as the Bogeyman, the Swiss version is called “Böögg”. Back in the day, this symbol for winter and death was a masked character doing mischief and frightening children during carnival season.

Today, it appears prominently in the shape of an explosives-stuffed snowman as part of Zürich’s Sechseläuten spring festival. Every year, a Böögg is lit on fire. And popular tradition has it that the time between the lighting of the pyre and the explosion of the Böögg’s head predicts the coming summer. The faster the Böögg explodes, the warmer and sunnier the summer will be! 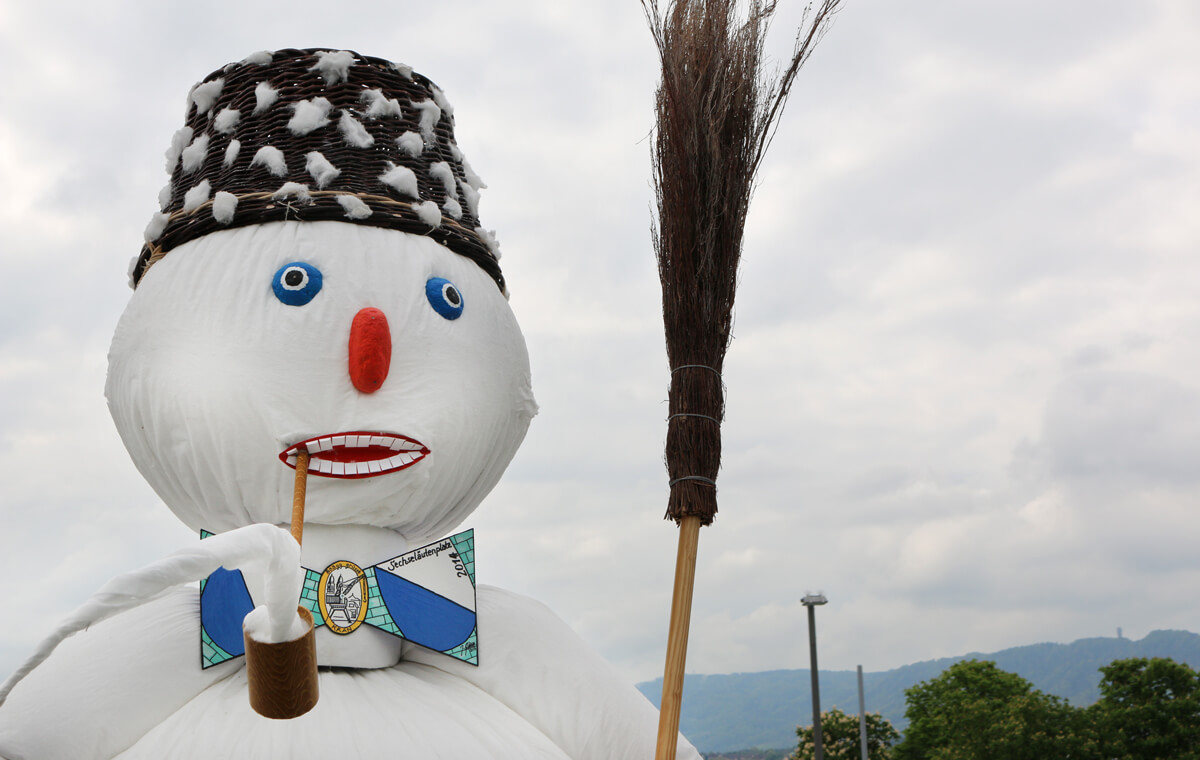 These tall figures with large beaks are thought to be dramatic personifications of dead spirits which circulate at the time of the winter solstice in December. The tradition is celebrated yearly in Ottenbach where residents will disguise themselves and loudly rattle wood slats to drive evil spirits out. They do their best to scare those gathered for the festivities. But with their silly looking beaks, it is quite a challenge. 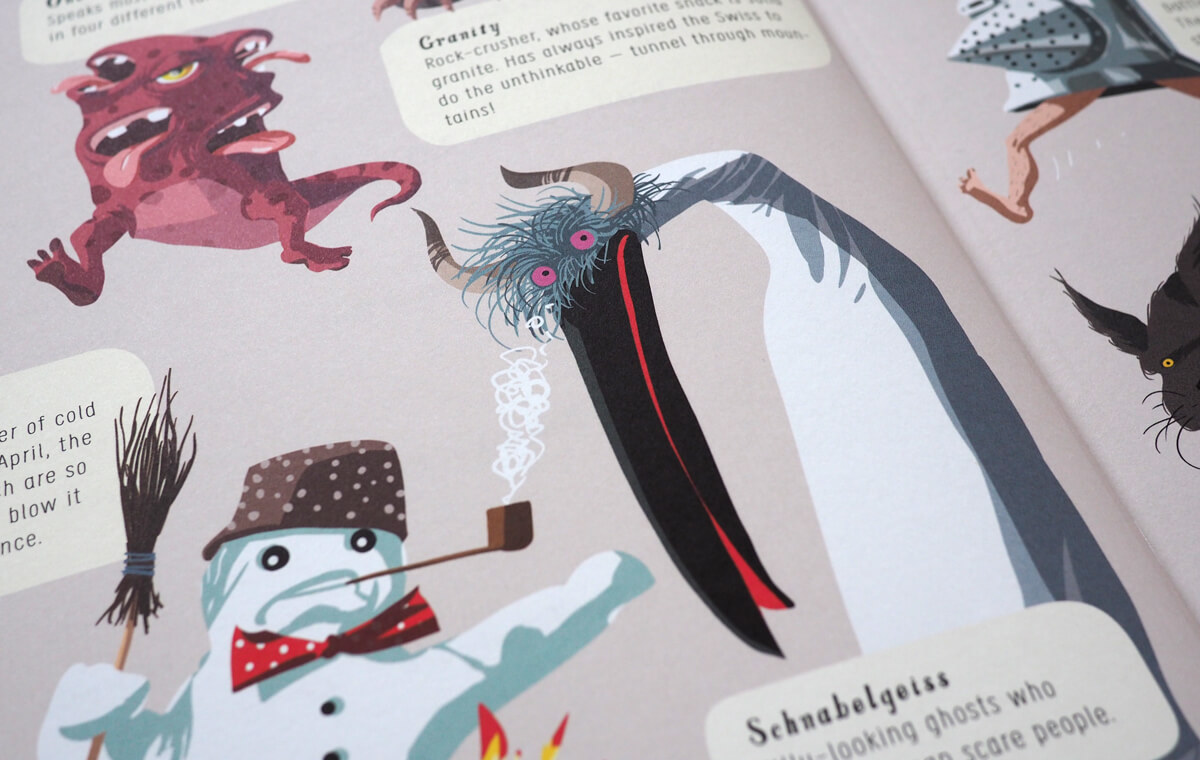 The barbegazi are small white-furred men with long beards and enormous feet. They live in the mountains using their massive feet as snowshoes or skis. The word barbegazi stems from the French barbe-glacée, meaning frozen beard. Because they prefer high altitudes and low temperatures, barbegazzi are rarely seen by humans, spending their summers “hibernating” in caves and tunnels until the weather turns cold again. 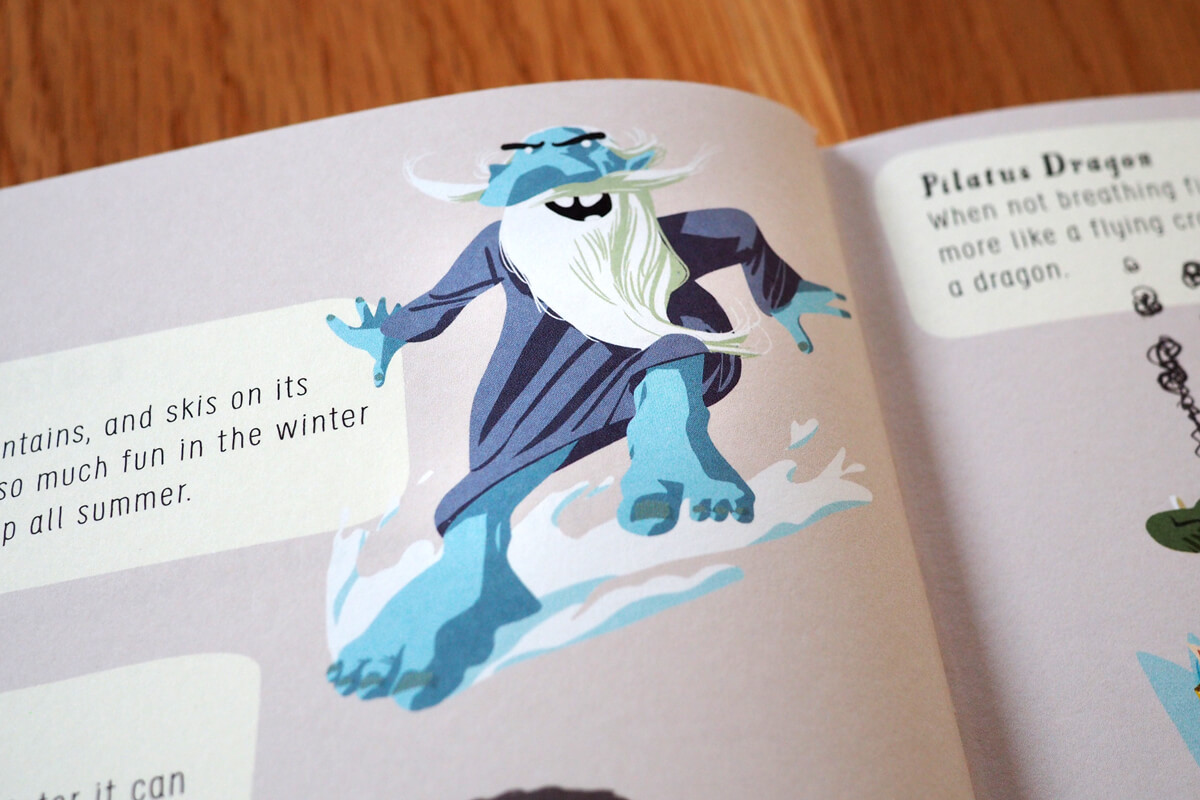 Barbegazzi have been known to help shepherds find lost sheep. Also, they will warn humans by whistling in advance of an avalanche…. Meanwhile, they will slide along the cascading snow - one of their favorite pastimes!

Schmutzli is the sinister sidekick of the Swiss St. Nicholas. If you have not already met him face to face, he is a scary character with a black face, red eyes and a black cap. Schmutzli is often seen carrying a broom of twigs for administering punishment to children whose behavior throughout the year has not been up to scratch. 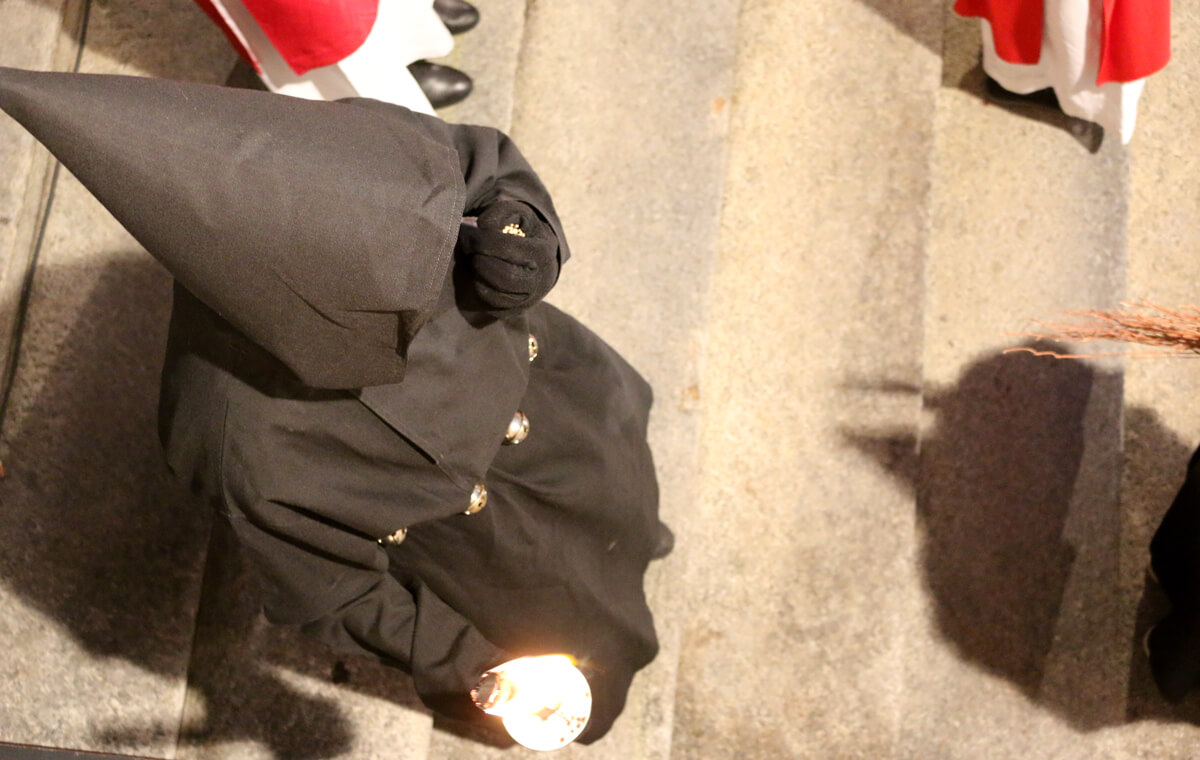 His origin can likely be traced to the evil spirits which ancient festivals sought to drive out with a combination of noise and light. Today’s Schmutzli is more benign, often accompanying St. Nicholas on his rounds if only to remind children that they should behave.

In the valley of Lötschental, the ghosts of the valley will rise up during the pre-Lenten carnival season. The Tschäggättä will walk the streets while tossing soot at onlookers. The costumes made of heavy furs and carved wooden masks commemorate a time when the valley was remote and difficult to access, especially during the harsh winters. 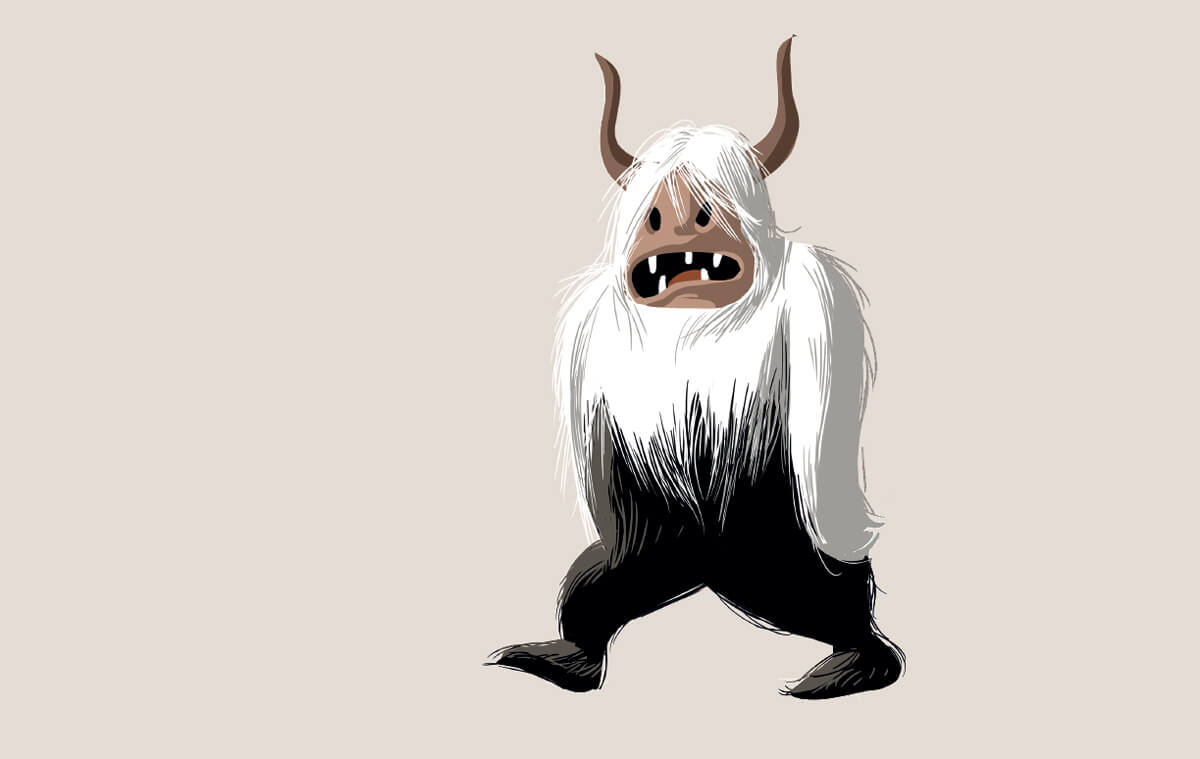 Dating back to the 16th century, this trio of creatures appears annually in January on Basel’s Mittlebrücke. This bridge connects Basel’s two halves – Gross and Klein Basel. The Vogel Gryff (griffin), the Wild Maa (wild man) and the Leu (lion) are representations of the three guilds of Klein Basel.

You will see this freakish trio dance with their backs turned towards the older section of Basel, re-affirming their right to equal respect. 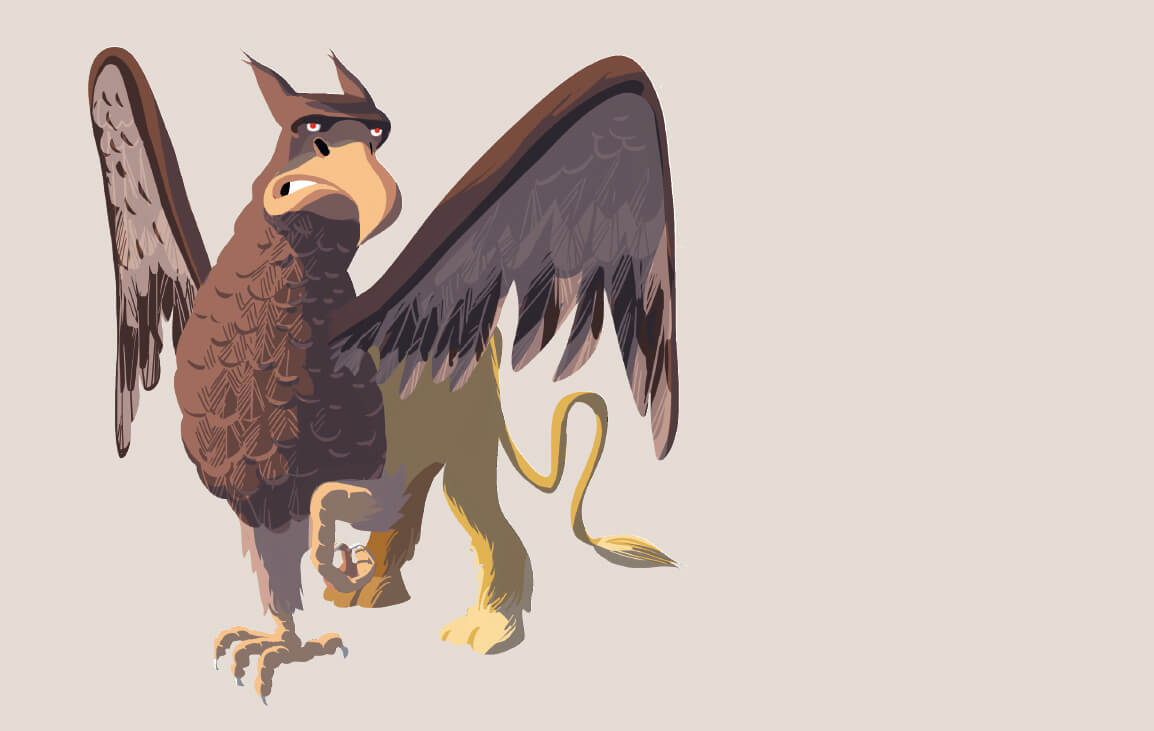 Basilisks were believed to be hatched from eggs that were laid by roosters (who had to be either 7 or 9 years old) on the dung pile of serpents. This combination produced a creature with the head of a rooster and the tail and wings of a large serpent.

Basilisks were said to have special powers, such as eyes that would turn anyone who looked at them into stone. Or poisonous breath that could make people sick. Legend has it that the Basilisk once took up residence in one of Basel’s many fountains and was eventually vanquished with the use of a mirror. 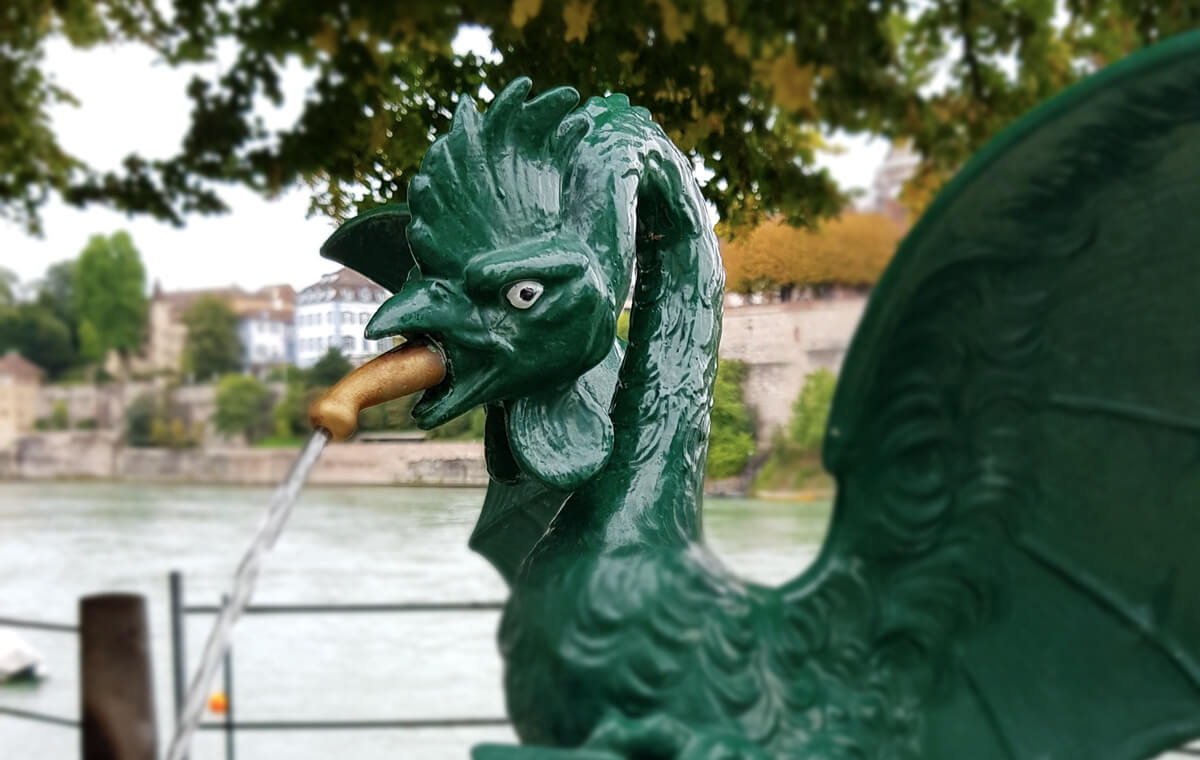 Swiss legends tell of three major types of kobolds. Most commonly, the creatures are house spirits of ambivalent nature. While they sometimes perform domestic chores, they play malicious tricks if insulted or neglected.

Another type of kobold haunts underground places, such as mines. A third kind of kobold lives aboard ships and helps sailors. Kobolds who live in human homes wear the clothing of peasants; those who live in mines are hunched and ugly. And kobolds who live on ships smoke pipes and wear sailor clothing. 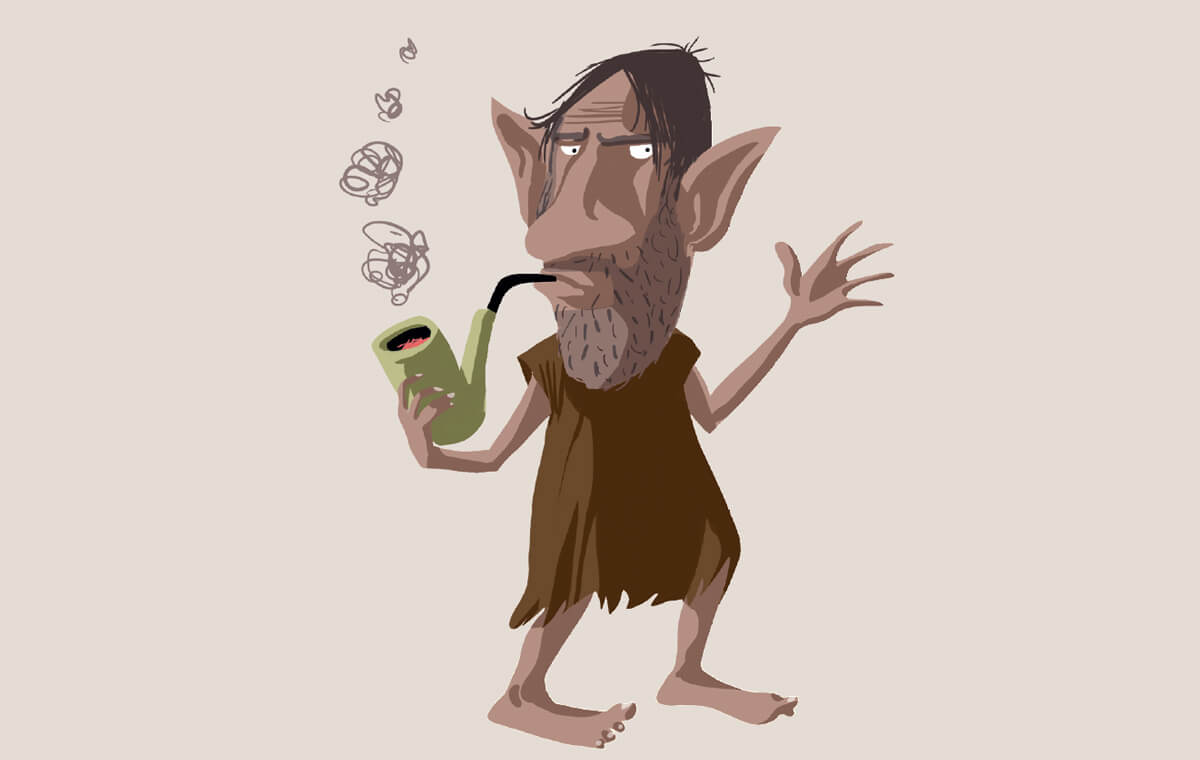 During the last two centuries, there have been several reports about a strange monster lurking in the Alps. It was suspected of attacking the livestock of farmers in remote villages... Despite several written accounts of sightings of this strange creature, its actual existence is still in doubt. The common description of the Tatzelwurm is a lizard/snake-like creature with only two front legs, a long serpent-like tail covered with scales, and in some cases, the face of a cat. 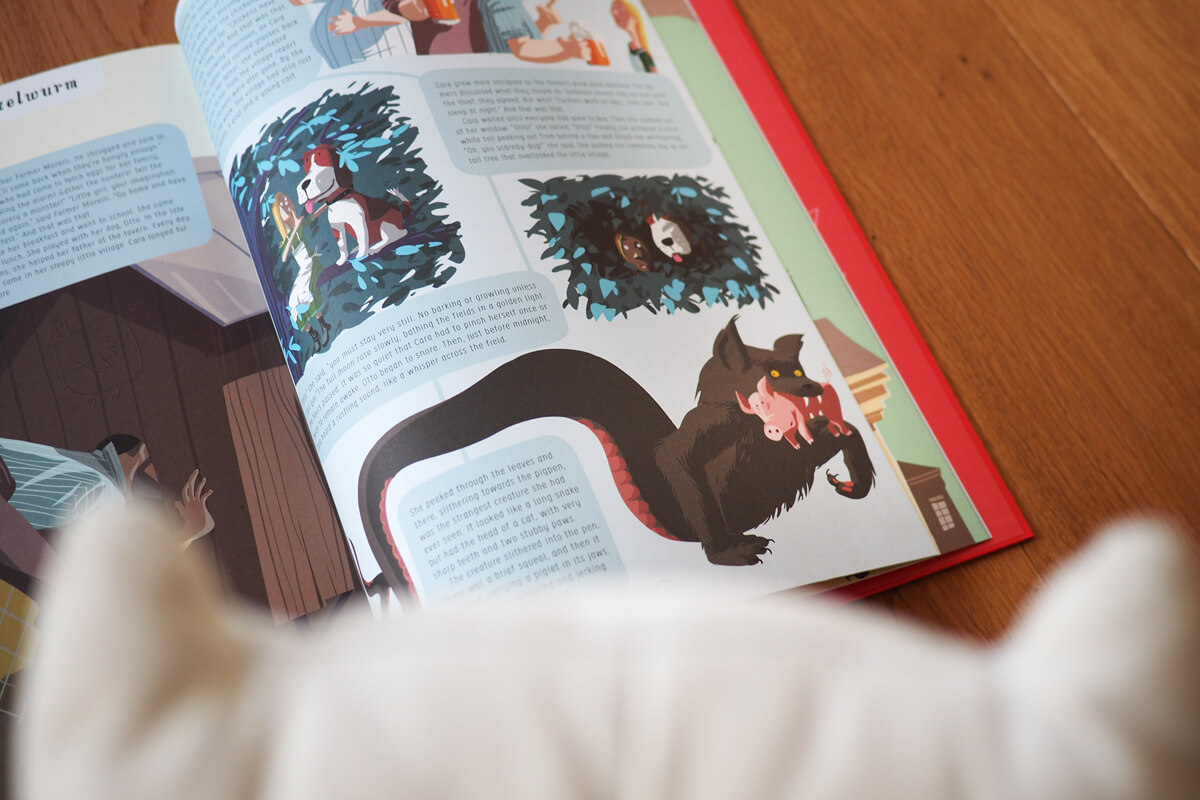 Some have reported that it has a poisonous breath. It also goes by the name of Stollenwurm or Springwurm. One thing for certain is that it is rather shy. Public appearances - even at Swiss festivals - are extremely rare! 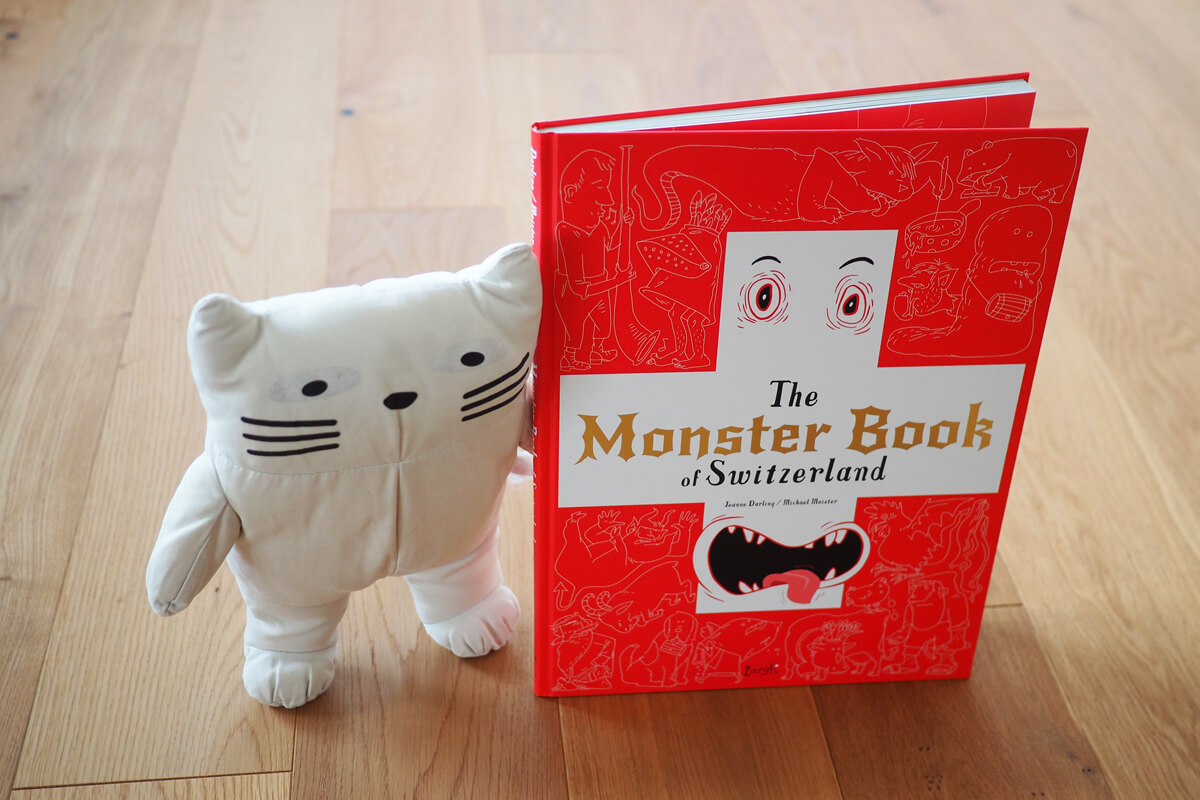 This list is inspired by The Monster Book of Switzerland, written by Jeanne Darling and Michael Meister. The year is 1922. Hermann Staudinger, a chemistry professor in Zürich, makes an impactful discovery related to the makeup of plastic polymers...

What Swiss businessman (and millionaire) Ueli Anliker calls the car of his dreams appears to be more of a nightmare for me... But anyway, he has taken the classy, exclusive Mercedes McLaren SLR, and has created a...

There comes a point in life when one wonders: “Who am I?” The answer to this question is going to be very straightforward: You're becoming Swiss...

Manage Cookie Consent
To provide the best experience, we use technologies like cookies to store and/or access device information. Consenting to these technologies will allow us to process data such as browsing behavior or unique IDs on this site. Not consenting or withdrawing consent may adversely affect certain features and functions.
Manage options Manage services Manage vendors Read more about these purposes
View Preferences
{title} {title} {title}
444 Shares
Share428
Tweet13
Share
Pin3
WhatsApp