In 1873, people from all over the world came to the tiny Swiss village of Göschenen.

For the next seven years and five months, they would be working on the biggest construction site of modern times: The 15 km long tunnel through the Gotthard. And just in time for the inauguration of the new Gotthard Base Tunnel on December 11, 2016, Swiss National Television has produced a two-part historical movie.

Following the lives of three young people in the years of rapid industrial expansion, this movie features Miriam Stein and Maxim Mehmet who play a couple of lovers. Swiss actor Carlos Léal stars as visionary tunnel constructor Louis Favre. (Quite honestly, the acting is okay at best.)

While the first part is more comedy and love than drama, the second part shows off the invested film budget of approximately 5.74 million francs. The storyline is impressive as if focuses on the epic construction of the tunnel. This includes lots of sweat, dust disease and personal tragedies. The most expensive German speaking TV movie to date – a co-production of Switzerland (SRF), Germany (ZDF) and Austria (ORF) – is a mixed bag. After a less convincing first part, the story of the tunnel construction is likely to capture audiences on its way to a happy ending.

"Gotthard" airs on Swiss National Television (SRF) on Sunday, Dec 11 (Part 1), as well as on Monday, Dec 12 (Part 2), at 8:05 PM each. The TV movie will be followed by a "making of" documentary. This landing page is full of interesting background information about the "Gotthard" film - although in German. 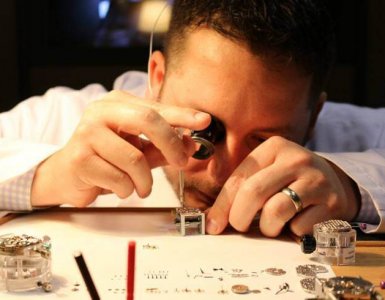 Sometimes, you have to gain a distance in order to learn to appreciate things. Or so it seemed last weekend when we visited the TimeCrafters luxury watch...

Manage Cookie Consent
To provide the best experience, we use technologies like cookies to store and/or access device information. Consenting to these technologies will allow us to process data such as browsing behavior or unique IDs on this site. Not consenting or withdrawing consent may adversely affect certain features and functions.
Manage options Manage services Manage vendors Read more about these purposes
View Preferences
{title} {title} {title}
105 Shares
Share105
Tweet
Share
Pin
WhatsApp