Worldwide, there are some very popular iconic toy brands on the market.

Think of LEGO (these fancy little colorful interlocking plastic bricks from Denmark), PLAYMOBIL (the German plastic figures and play sets) and of course BARBIE (who doesn't know this fancy, fashionable lady from the US?).

Ever since I have moved to Switzerland, I have noticed a very appealing line of Swiss wooden toys which seem to be just as popular among the Swiss as they are among tourists: The toys from Trauffer Holzspielwaren. Their timeless Swiss wooden toys (for kids from the age of 3 years) represent Swiss farm life. There are figurines like a farmer with wife and kids, as well as accessories like tractors or entire barns.

But a farm without animals would not be complete, so there is a whole range of farm animals starting with the Swiss cow, chickens, goats, sheep and even the typical Bernese Mountain Dog. Not to mention the Swiss flag spinners and the alphorn players (both are high on my wish list). Finally, a gigantic wooden farmhouse.

According to a store clerk at the Heimatwerk shop in Zürich, cows are still among the most popular souvenir for tourists from all over the world: "Whether from China, India, the Middle East or the Americas: Tourists big and small fall in love with these wooden cows!" 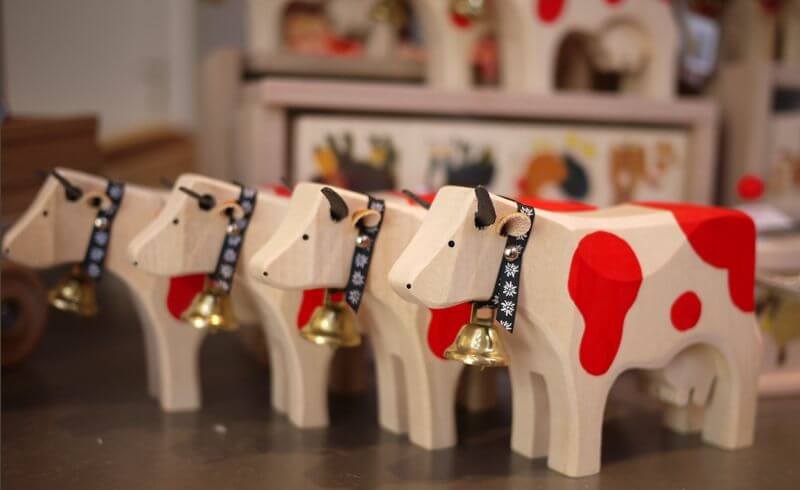 What makes the wooden toys from Trauffer so special is the fact that they are not only made of Swiss, FSC approved linden wood, but are also handcrafted and hand painted in Switzerland. As a result, this is a typical "Made in Switzerland" product to be proud of! And each young owner of a Trauffer toy can claim that each piece is a one of a kind masterpiece.

Trauffer Holzspielwaren has been in business since 1938. They are proud to sum up their 75 year history as follows:

Marc A. Trauffer (better known as "the man with the cows") is in the third generation running the family business in Hofstetten bei Brienz, located near Bern in the heart of Switzerland. With their motivation to "put a sparkle in the eyes of children throughout the entire world with pure and authentic Swissness", they are clearly offering a competitive alternative to today's game consoles and plastic toys.

Well, they have attracted at least one customer recently - even though I am not a child anymore! Many more sparkling eyes are sure to follow... If you want to give wood-carving a try, I would recommend watching some YouTube tutorials and get myself the right wood carving gear. 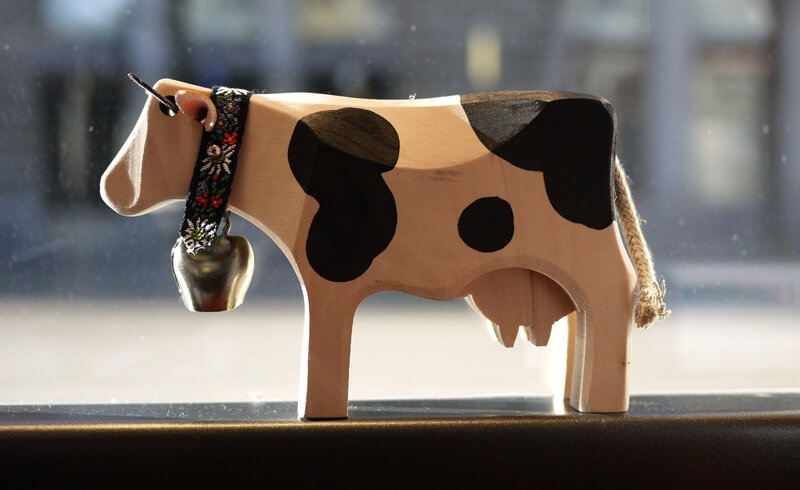 Wesley would never give up fishing, photography and traveling. Also, this Zürich based writer claims that cycling is a way of life - how very Dutch! 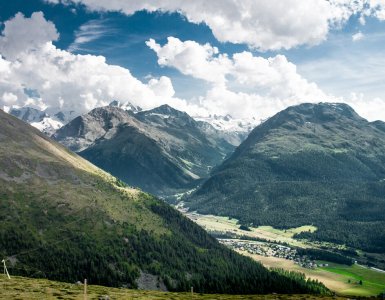 4 reasons to put the Festival da Jazz on your schedule

The first things that comes to mind when hearing St. Moritz are high society events and expensive hotels. But the hidden gem is the Festival da Jazz... 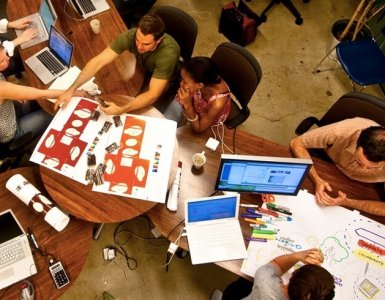 It is Thursday evening at 9:45 PM, and I am stepping into the Simplon Bar off of Zurich's famous Bahnhofstrasse... I always smile when people say “yoga is a popular trend nowadays”. Popular – yes. Trend – hmmm – let’s talk about that...

“Because who is perfect?” – An Inspirational Campaign by Pro Infirmis

Manage Cookie Consent
To provide the best experience, we use technologies like cookies to store and/or access device information. Consenting to these technologies will allow us to process data such as browsing behavior or unique IDs on this site. Not consenting or withdrawing consent may adversely affect certain features and functions.
Manage options Manage services Manage vendors Read more about these purposes
View Preferences
{title} {title} {title}
1K Shares
Share1K
Tweet2
Share
Pin244
WhatsApp