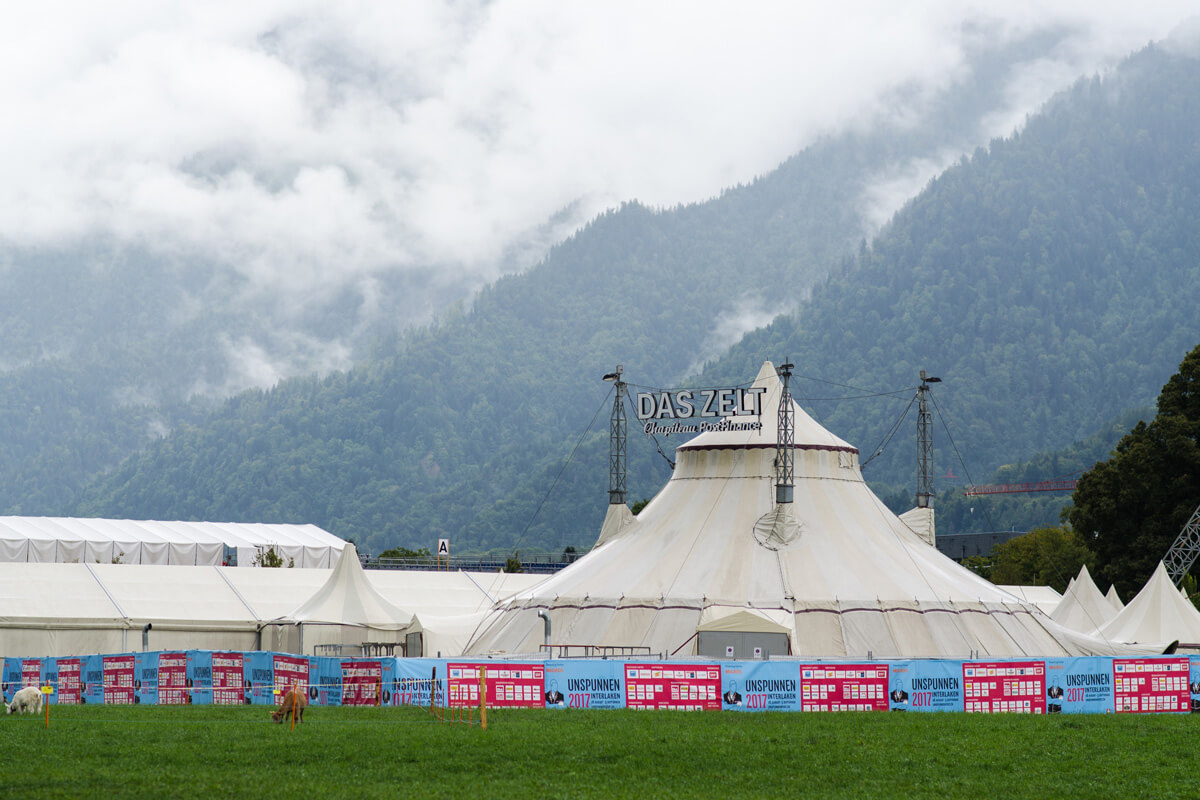 It takes place only every twelve years: The Unspunnen Festival that hosts not only several traditional Swiss sports such as Swiss wrestling, stone throwing (83.5 kilos!), Hornussen or flag throwing, but also yodeling, alphorn music and a costume and alpine herdsmen's festival. 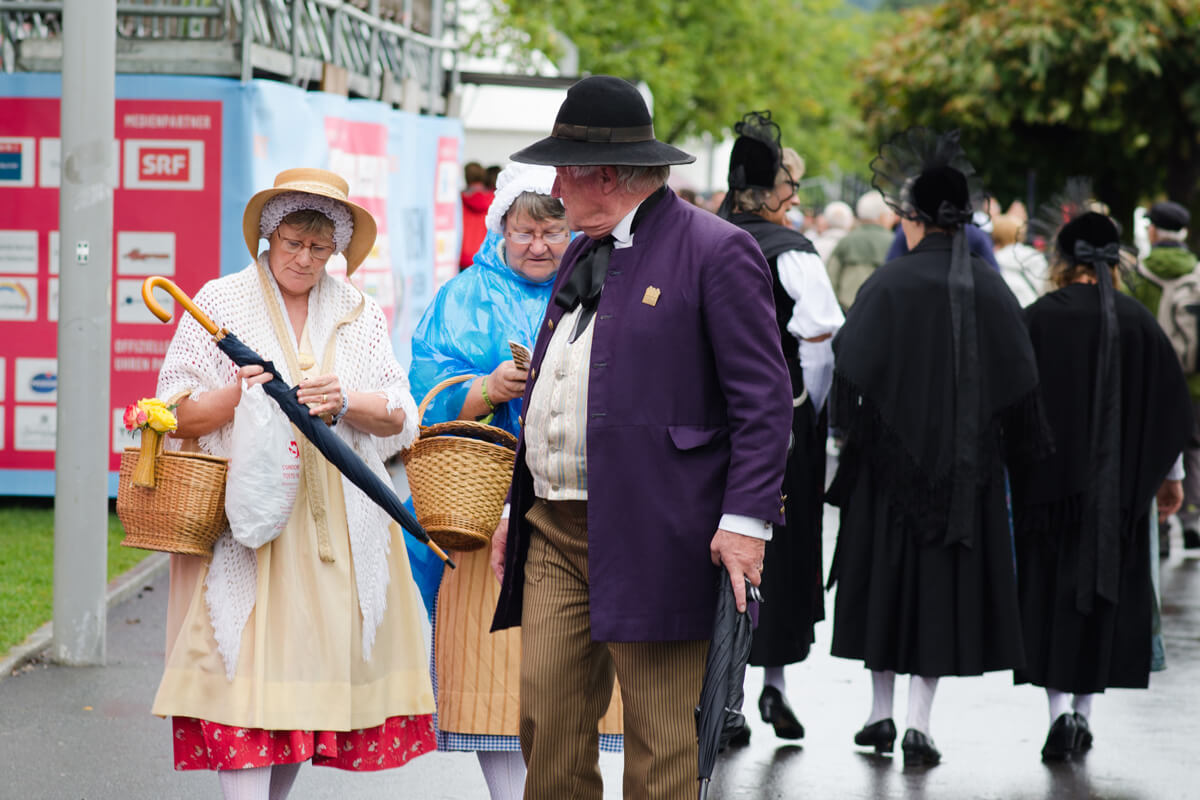 We had the chance to visit the 11th edition of the iconic Unspunnen Festival in the heart of Interlaken. During nine days, white tents pointed into the air like snowy mountain tops. And in the background towered the Bernese Alps. 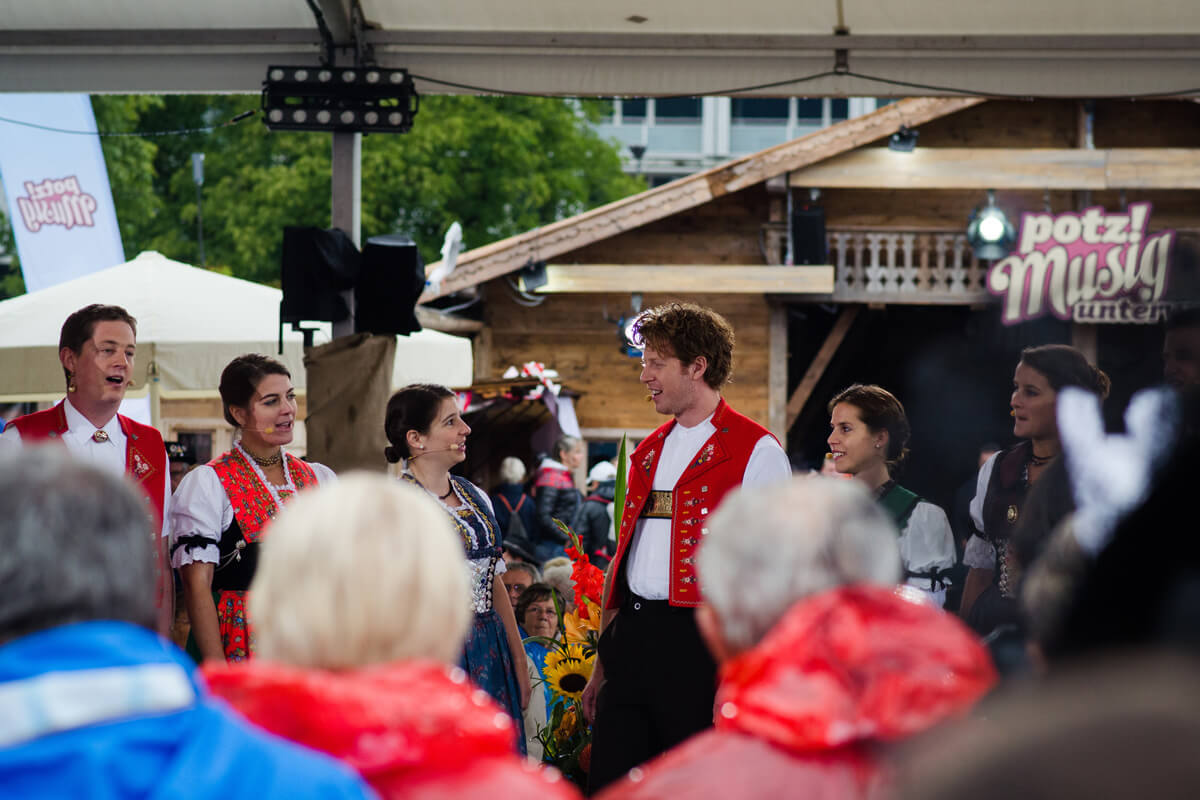 The entire festival grounds were covered with wooden chips on which people in edelweiss shirts, caps and traditional Swiss dresses walked around. On the "Schweizer Platz" (Swiss Square), the fans watched Swiss wrestling on a big screen. They were right in front of the 16’000 seat festival arena in which the fights actually took place. 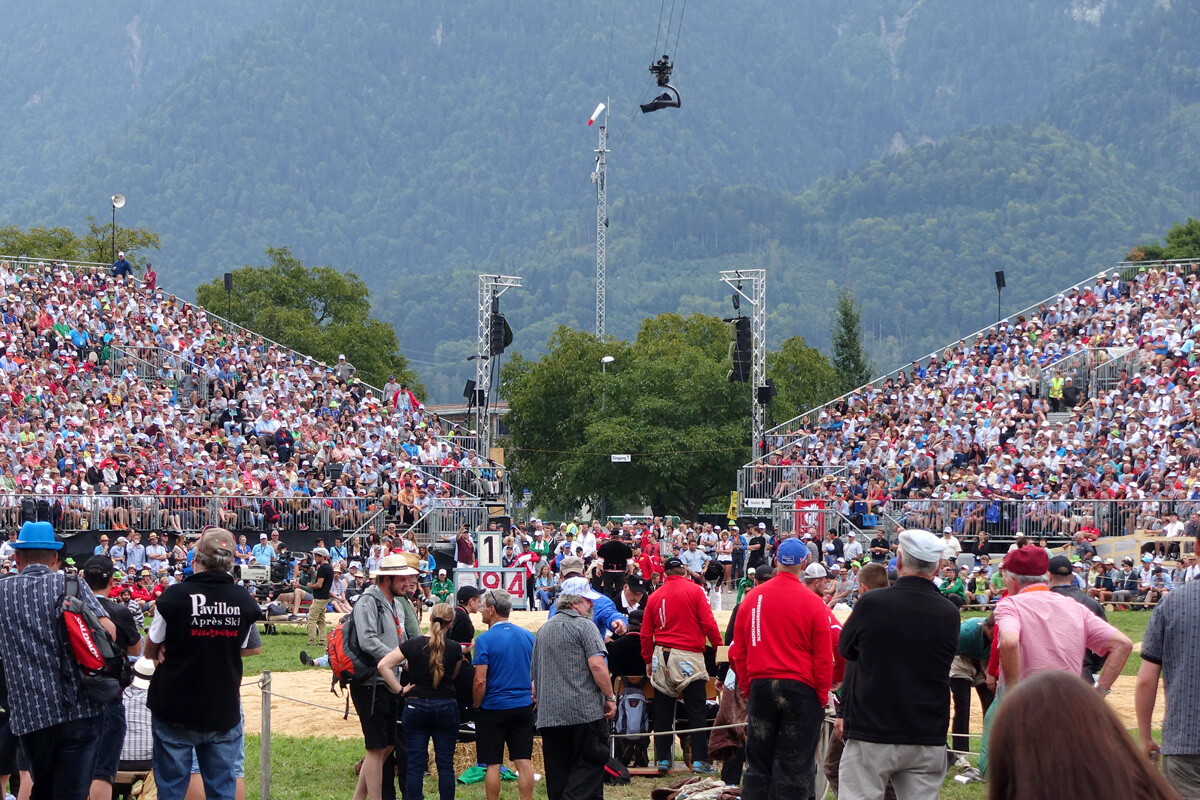 Despite having to watch the action on the screen, the fans seemed very excited and rooted for their favorite wrestlers. In the end, Christian Stucki from the canton of Bern was the winner of the "Unspunnen Schwinget". (It takes place only every six years.)

About that infamous Unspunnen stone

Another important discipline of the Unspunnen Festival – if not the most important – is the stone throwing competition. Imagine bear like men throwing massive stones of 83.5 kilos of weight. Unfortunately, we completely missed the stone throwing contest due to insufficient communication by the festival. Telling from my colleague Kristine’s pictures, it must have been an interesting event to witness: Remo Schuler from the canton of Schwyz won the contest, throwing the stone 3.71 meters. Visitors could also try to throw Unspunnen stones, some of them weighed only 15 kilograms. 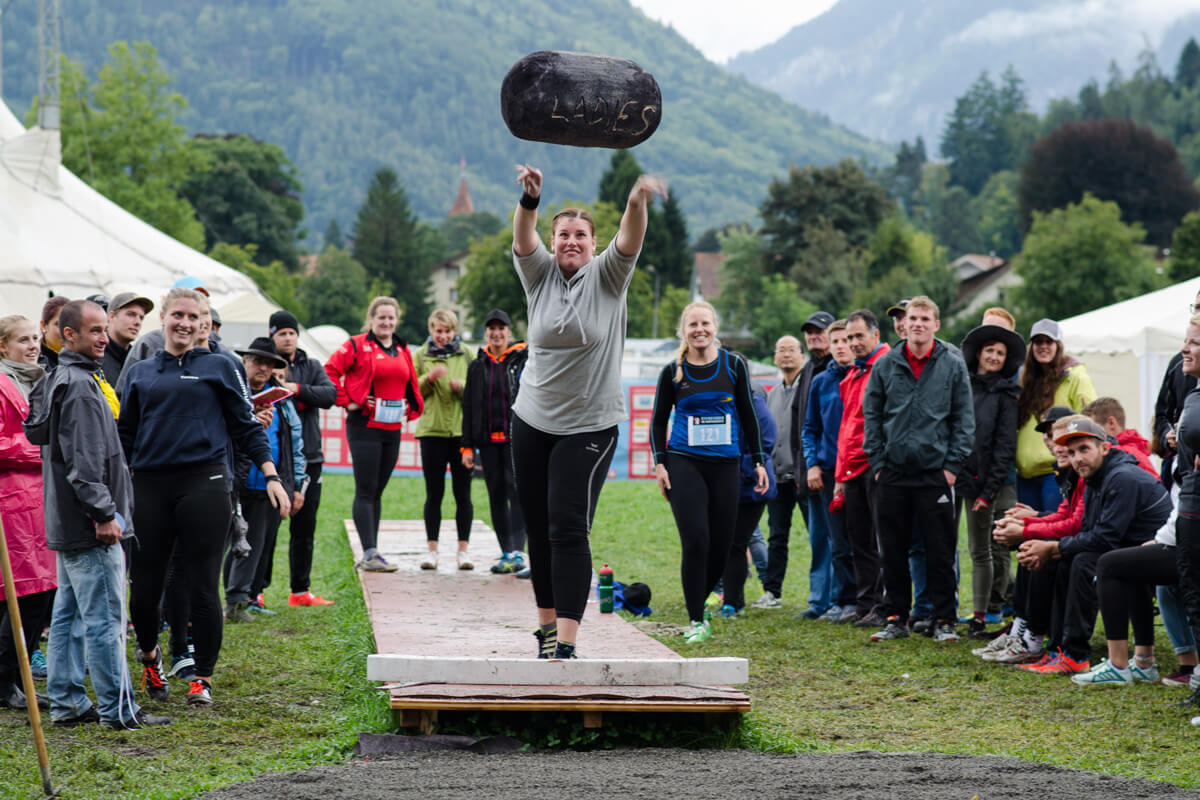 Among all these stones, one was missing: The original Unspunnen stone. In 2005, it was stolen by "les Béliers" (the rams), separatists from the canton of Jura, in order to protest the suppression from Bern. The hopes of the Festival committee were high that the original stone would be returned this year. But those hopes were dashed. So, we had to do with a copy of the "holy" stone instead... We're going back for more

We liked the festival very much. So after our first visit, we decided to return to Unspunnen a second time. We returned on what was probably the last summer day in Switzerland. The air was hot and humid, and it was the time before the first thunderstorms would rise above the Swiss Alps.

Accompanied by the music of two alphorns, an elder man with a long beard tossed a huge Swiss flag up in the air. It would go up and down, back and forth, round and round. A group of local students around him did the same, and so did we. It was a lot of fun, but also more strenuous than it looked. Sweat ran down our necks, but we smiled happily at the long-bearded flag thrower - and he smiled back. When it came to Hornussen, we were only spectators. It was the day of student competitions, so a group of teenage girls tried to hit a small ball with a big wooden board on a stick. Even though the board was of a remarkable size, we became aware of how difficult it is to hit the ball correctly.

Hungry as we were after all these activities, we went hunting for some food. The cute Swiss chalets and food stalls selling typical Swiss foods like raclette, Röschti and bratwurst, made us want to eat some of these delicacies. But inside the stalls, many employees did not speak any of the Swiss languages - nor English! Nor did they know the difference between a pork bratwurst and a veal bratwurst... Funnily, the least Swiss looking food stalls hosted the most Swiss employees. A Swiss could also be found in one of the snowy mountain tents. The man, speaking a local dialect, showed us how to make cheese. With a lot of patience, he explained to the visitors every step of what he was doing, and why. And if we were to come back an hour later, he would show us how to remove the cheese from the kettle.

Of course, we came back. And we will come back when the next Unspunnen Festival takes place in another twelve years. 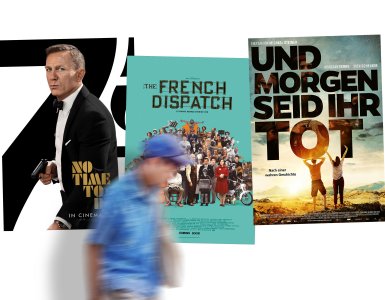 Sometimes, you have to gain a distance in order to learn to appreciate things. Or so it seemed last weekend when we visited the TimeCrafters luxury watch...

Manage Cookie Consent
To provide the best experience, we use technologies like cookies to store and/or access device information. Consenting to these technologies will allow us to process data such as browsing behavior or unique IDs on this site. Not consenting or withdrawing consent may adversely affect certain features and functions.
Manage options Manage services Manage vendors Read more about these purposes
View Preferences
{title} {title} {title}
72 Shares
Share56
Tweet
Share2
Pin14
WhatsApp